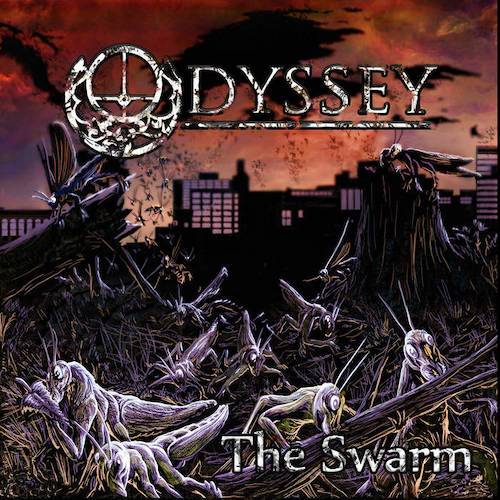 (How long has it been since Professor D. Grover the XIIIth, he of The Number of the Blog, graced our pages with his presence? I could look it up, but how depressing would that be? Better to simply welcome back our old friend, who provides this introduction to an excellent premiere.)

Greetings and salutations, friends. It takes something special to break me out of me semi-retirement as it pertains to writing, and for the two or three of you who remember my older works, you might recall my love of Odyssey, the instrumental prog-metal trio from Spokane. Guitarist Jerrick Crites, bassist Jordan Hilker, and drummer Lukas Hilker have been going for over ten years now, despite remaining a mostly regional act, but one of the miracles of the internet is that even a smaller local band can reach a wide audience around the world.

I bring this up because, if the title of this article wasn’t already enough of an indicator, Odyssey have a new song, ‘Hive Mind’, to premiere from the forthcoming new album The Swarm. I have a full review of that coming in about a week, so I’ll save my thoughts on how ‘Hive Mind’ fits into the overall flow of the album, but I can still offer my perspective on the song itself. 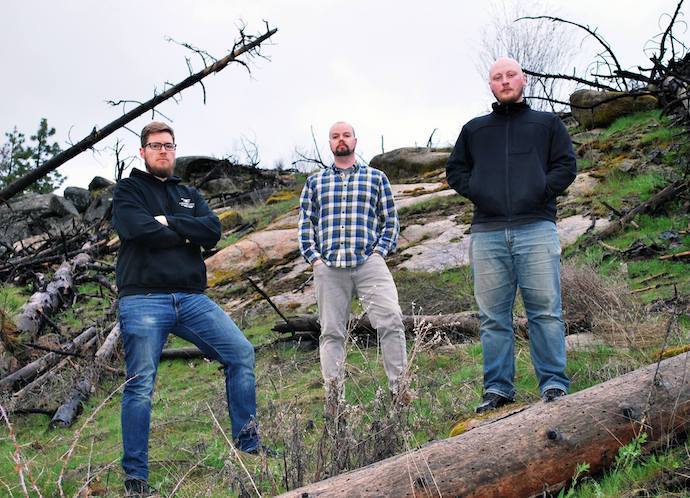 It’s heavy and mostly mid-paced, consistent with the band’s later work, with a little bit of doom to the lead-in before picking up with some heavier riffing, an up-tempo middle section, bass and guitar solos, and a slow fade-out at the end.

For a song that’s not quite 6 minutes long, there’s a lot going on, a sort of sonic micro-journey within the larger journey of the album itself (more on that next week). There’s heaviness and groove, but there’s also a strong sense of identity, as the song will sound distinctly like an Odyssey song to anyone with a familiarity with the band. It’s got a lot of the hallmarks of the band’s style, which should please the die-hard fans, but hopefully it will also draw in some new attention for an incredibly talented band.