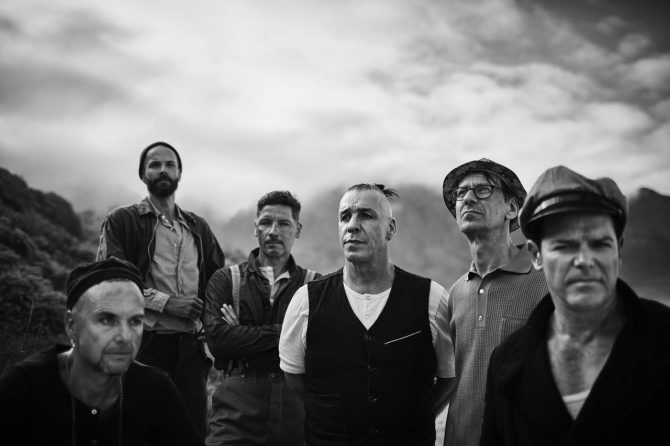 (This is Andy Synn‘s review of the first album in 10 years by Rammstein, which was released on May 17th.)

It seems like every year, if not every six months, the Metal Media ™ is overwhelmed with a glut of articles declaiming the imminent “death” of the scene, and asking “who will be the next Metallica?”

Yet amidst all the pontificating, prognosticating, and populist predictions – will it be Trivium (no, despite their best efforts), will it be Slipknot (I hope not), will it be Five Finger Death Punch (dear god no…) – one name seems consistently omitted and overlooked, despite the fact that they’re already quite capable of filling arenas and selling umpteen records without even breaking a sweat.

That band, as the more astute of you might already have guessed, is Rammstein. 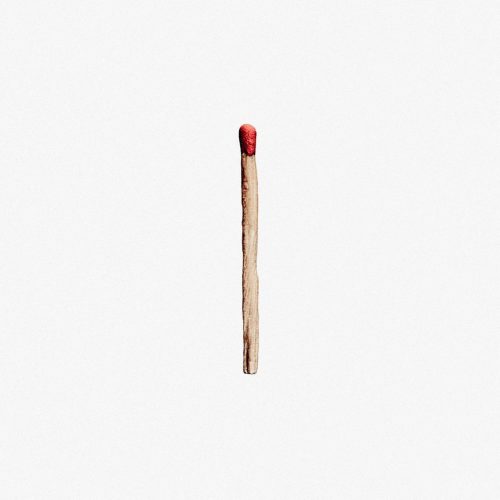 Now, in my mind at least, the similarities between the German sextet and the works of Hetfield and co. have been mounting up for some time, but they’re arguably more explicit than ever on the band’s new, untitled/self-titled record (shades of “Black” album, anyone?).

Opener “Deutschland”, for example, is not only one of the best tracks the band have ever written (with a strident, strikingly heartfelt message about the group’s complex feelings towards their homeland), it’s also based around the sort of massive guitar lines and major-league hooks that their American brethren haven’t really managed to reproduce since the “Enter Sandman” days.

Similarly, the humongously groovy (and succinctly-titled) “Sex” comes across like a ridiculously self-aware, über-German version of “Sad But True”, while there’s more than a hint of the brooding bombast of “Wherever I May Roam” to the riff-heavy “Zeig Dich”.

Heck, there’s even a few shades of “The Unforgiven” to “Puppe”… at least until it transforms into a ranting, raving, Ministry-esque monster in its second half!

Of course even with all these notable (possibly coincidental) similarities, the idea that the German sextet are the “next” anyone is inherently reductive (and, potentially, a little insulting). Rammstein are Rammstein, plain and simple, and they’ve gotten to where they are now by being themselves, not by trying to be anyone else.

Long-time fans shouldn’t, therefore, be too worried that the band they love has transformed into something unrecognisable in the decade-long gap between albums. In fact I’d argue that their new record is perhaps the most Rammstein album yet and, if rumours are to be believed, a more than fitting conclusion/summation of the group’s entire career.

Take songs like the effortlessly catchy “Radio”, the shameless electro-rock/techno-rave of “Auslander” (whose flagrant Depeche Mode-isms disguise some clever political commentary), or the surprisingly epic “Weit Weg”, for example, which channel echoes of both Sehnsucht and Reise, Reise in equal measure, without sounding tethered to any one specific era of the band’s career.

Then there’s “Tattoo”, a pounding Industro-Metal stomper in the proud tradition of “Asche zu Asche”, “Du Hast”, or “Links 2-3-4” – albeit with a much more melodic overture courtesy of Till Lindemann’s increasingly operatic vocals – while both “Was Ich Liebe” and moody closer “Hallomann” conjure the same sense of gloomy grandeur which made Mutter such an era-defining, career-making record almost twenty years ago.

It’s not quite a perfect album of course – the touching, tender strains of “Diamant” fade out far too soon, ending the song before it’s truly had a chance to establish itself, and, more generally, not every track reaches the incredibly high bar set early on by “Deutschland” – but it’s still one of the best albums in the band’s entire back catalogue by anyone’s reckoning.

So if this truly is to be the band’s swansong then I can’t think of a better way for them to end things than like this, still doing things totally in their own time and  entirely on their own terms.