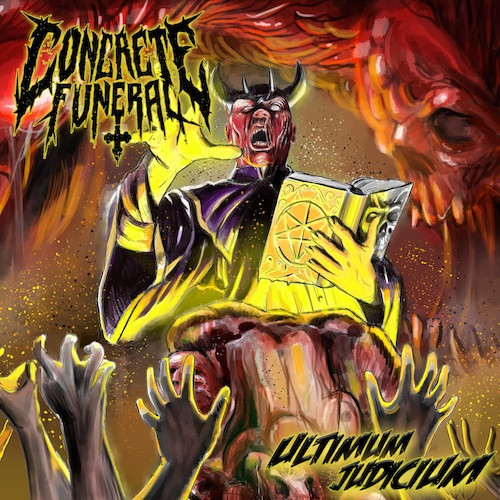 Strap yourself in and prepare for a wild ride, as a passenger in a big gas-guzzling turbocharged metal machine with nothing but open road ahead of it and nothing but scorched pavement in the rearview mirror.

“Carnival of Contradictions“, the song we’re presenting through a music video, is the second advance track to be revealed from the forthcoming debut album (Ultimum Judicium) by Concrete Funeral, a quartet of metal veterans based on Calgary, Alberta, who pull from a wide range of metal influences, chiefly thrash, death, and groove metal in this new song. 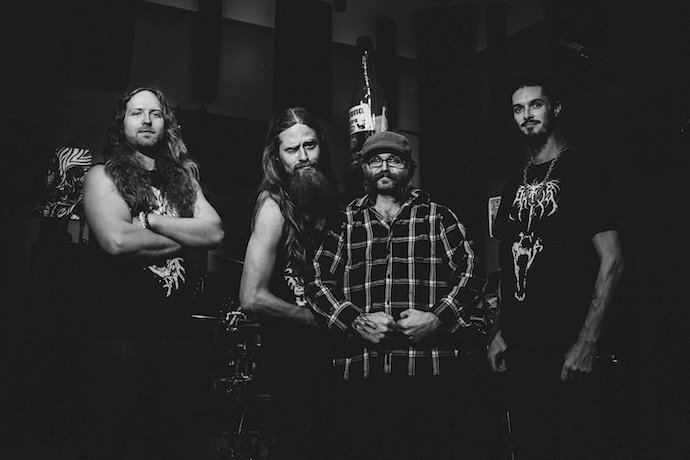 There’s plenty of unbridled rage and high-octane energy in this mad romp, with riffing that alternately pulsates, swirls, scissors, and slashes, tempos that turn on a dime, explosive drum work that will give your skull a solid battering, and vocals that veer from a guttural growl to a maniac shriek in the blink of an eye.

It’s a riotous assault, but holds a few eye-opening surprises, including a hell of a guitar solo when the rampage briefly abates. But mainly, this is the kind of track that’s calculated to flood your body with adrenaline and get your blood rushing through the veins, and it reaches a crescendo of ferocious lunacy at the end. The video augments the blazing energy of the song with fast-cutting shots of the band performing the track.

As for the subject matter of the song, here’s what the band tell us:

“‘Carnival Of Contradictions‘ is a song about every asshole that fucked you around or threw you under the bus. A fuck you to coat-tail riders and snake in the grass types alike. Mainly thrash and groove in this tune, as well as a cool progressive section that leads you into a blistering solo and back out into the thrash/ groove zone.”

Concrete Funeral cite influences that range from Warbringer to Zakk Wylde, from Onslaught to Hypocrisy, and their new album is recommended for fans of Exodus, Death, Lamb of God, and Carcass.

Ultimum Judicium will be released on May 31st, and it’s available for pre-order now via Bandcamp. And along with our own premiere, we’re including the band’s previously released video for the first single from the album, “Stabbed to Death“. Enjoy!