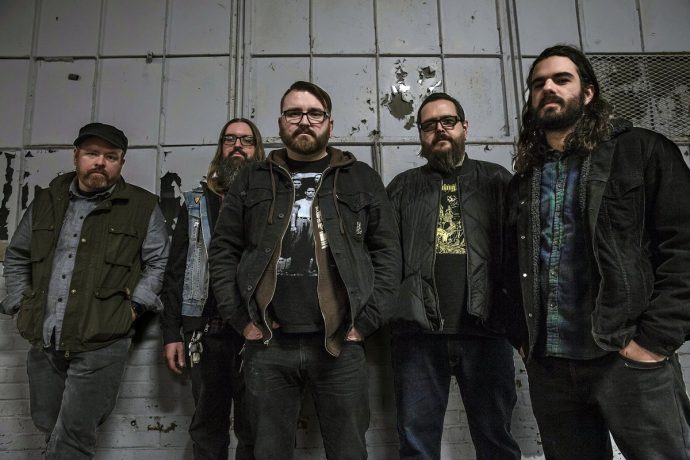 (Earlier this spring Todd Manning reviewed the new album by the Indianapolis-based sludge/doom quintet Conjurer, and today he introduces our premiere of a video for a track from the album.)

At the beginning of April, Conjurer debuted the track “Across the Void” from their second album Sigils here at NCS, an album released later that same month. The song is immense and suffocating, reveling in the sort of rituals that can tear open the very fabric of the universe.

Today we bring you the premiere of the lyric video for that song. Heed the warnings, or heed the call, this is for those who dare to play with flames that feed on the minds of humanity.

One Response to “AN NCS VIDEO PREMIERE: CONJURER — “ACROSS THE VOID””