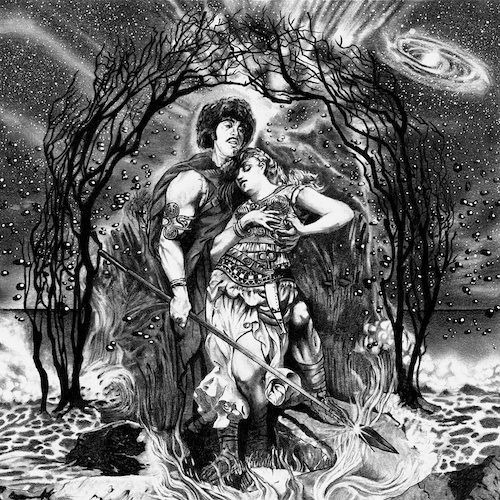 For many music fans what inspires artists to create their records is of secondary importance, if it’s a subject of interest at all. What matters more is what the music inspires within the listener. After all, what we take away from the experience, what makes immediate impressions and creates lasting memories, is in part a function of who we are, and might actually have little to do with what drove the creativity of the musicians.

Yet in some cases the back-story leads to a deeper appreciation of the sounds, and can become interesting in its own right. We have one of those cases here, in the story of Murk Rider and their debut album Exile of Shadows — a conceptual work that consists of three tracks ranging in length from 21 minutes to 30 minutes, one of which (the album opener) we’re presenting today. 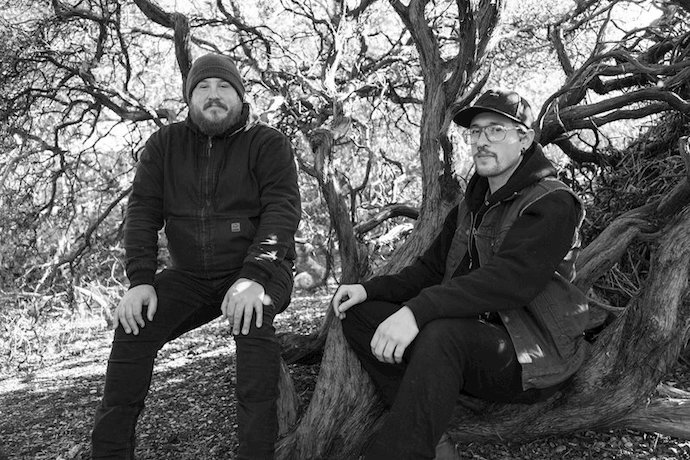 Murk Rider consists of two Californians, Derek Schultz and Ian Thompson. All told, their work on this album lasted for a decade. Over such an extended time, they inevitably ended the process as different people from where they began — here, perhaps more so than for most: We’re told that their work on the album became a catalyst for both of them to get sober, and it’s their journey toward sobriety that gave Exile of Shadows its thematic framework.

The framework they chose, as a reflection of that arduous transformation from self-destruction to wellness, is based upon the concept of the hero’s journey described by the great Joseph Campbell in his seminal 1949 book The Hero With a Thousand Faces, which traced common threads in myths that span numerous cultures across many centuries. You can understand the connection from this passage in that book:

“The agony of breaking through personal limitations is the agony of spiritual growth. Art, literature, myth and cult, philosophy, and ascetic disciplines are instruments to help the individual past his limiting horizons into spheres of ever-expanding realization. As he crosses threshold after threshold, conquering dragon after dragon, the stature of the divinity that he summons to his highest wish increases, until it subsumes the cosmos.”

The sharp-eyed among you will also see a tribute to Thin Lizzy‘s frontman Phil Lynott in the cover art, but that too has a connection to the album’s overarching themes. In addition to the band being fans of Thin Lizzy, Thompson explains that Lynott “fit the archetypal mode of the cosmic hero well, even though he never overcame his demons and tragically died from his addictions. So we hired our friend Hank Loiseau to recreate Wotan’s farewell to Brunhilde and personalize it in our own Murk Rider way with Lynott as Wotan.” 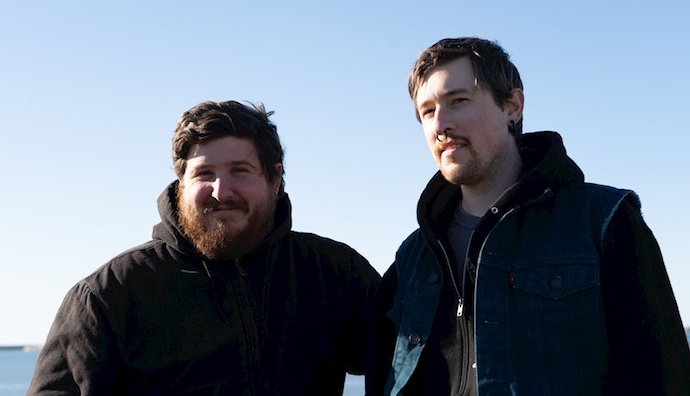 As for the music on this album, it ranges far and wide, both in its stylistic ingredients and in its moods. Black metal provides the root stock, but it branches from there. For example, the album includes credits for trombone (Matt Evans) and trumpet (Greg Zilboorg), clean vocals (Katrena Marie), and the rendition of a prayer (Matias Sanchez). But as you’ll see, the variations go further than the range of instruments and voices.

The song you’ll find below, “Descent“, is the first of the three long tracks in this 80-minute excursion. It begins around a crackling campfire, the sounds of nightbirds ringing out, but soon begins to leave the tangible world behind. Introspective acoustic picking leads into heavy ominous chords and then a blast of racing fretwork, tumultuous percussion, and scorching shrieks.

Interspersed with these dramatic frenzies are brief spaces of soft acoustic moodiness that soon swell into raging storms again. Maniacal bass-guitar leads often mark the turning points, and with each turn the music seems to become both more frighteningly unhinged and somehow more grand and exalted – a breathless bedlam that send thrills and chills down the spine.

At one point, preceding a final explosive conflagration, the guitar jabs so fast and so viciously that it sounds like some kind of titanic sewing machine, stitching the outlines of a terrible future into the skin. In that final maelstrom the lead guitar flickers and swirls at lighting speed, pushing the tremendous, dramatic power of the song into the stratosphere.

You’ll want deep breaths after that… and you’ll get a few, as the track ends in a dream-state, breaking through into something new… just as the second track (“Journey”) begins. 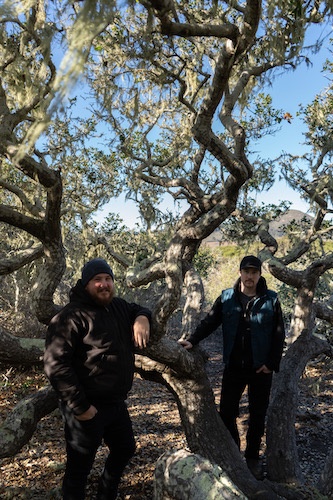 As the band explain: “The first part of a spiritual trial is separation – detachment from ordinary reality and entrance into the subterranean realm of the unconscious mind. The song ‘Descent‘ represents this initiatory phase, in which the hero dives down through soil, into caverns, into the womb of the earth. We use the element of earth to symbolize this fertile, dreamlike, twilight realm which links the conscious mind to the underworld of the unconscious. The mood of the song is animalistic, instinctual, tense, and claustrophobic. It’s a depiction of the spiraling energy that begins to churn the spiritual maelstrom of the rest of the album”.

Exile of Shadows is recommended for fans of Weakling, Evergreen Refuge, Crown of Asteria, and Panopticon, among others. Murk Rider will release the album digitally on June 20. Pre-orders are available through the link below. There will also be a limited edition 3xCS box set available later this year from Pacific Threnodies and Akashic Envoy Records.