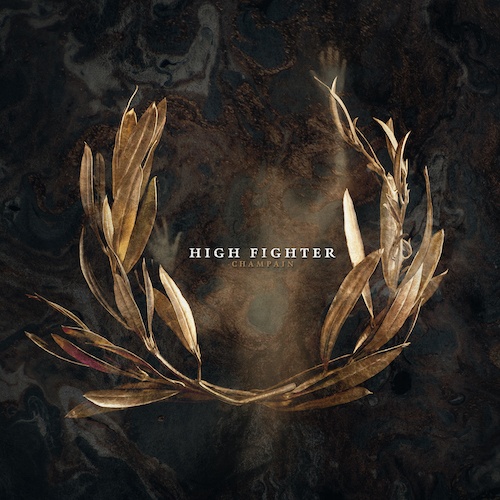 The music of the German band High Fighter now exists in apparently opposed but interchangeable states. Rather than juxtapose their contrasting stylistic ingredients like hard veering lane changes on some musical Autobahn, however, they’ve created songs that are more like the confluence of river systems, all joining to flow powerfully forward in an intermingling of upstream sources.

The band’s new album, Champain, will be released on July 26th by Argonauta Records. As a follow-on to their 2014 EP The Goat Ritual and their 2016 debut album Scars & Crosses, it is itself the product of new soundscapes through which the band have passed, as if other tributaries have joined this river in new convergences on its rush to the sea. The Goat Ritual has been left far behind, and Champain certainly isn’t Scars & Crosses Part 2 either. The song we present today, “Dead Gift“, makes that plain, and could stand as a proud emblem of this river’s new course. 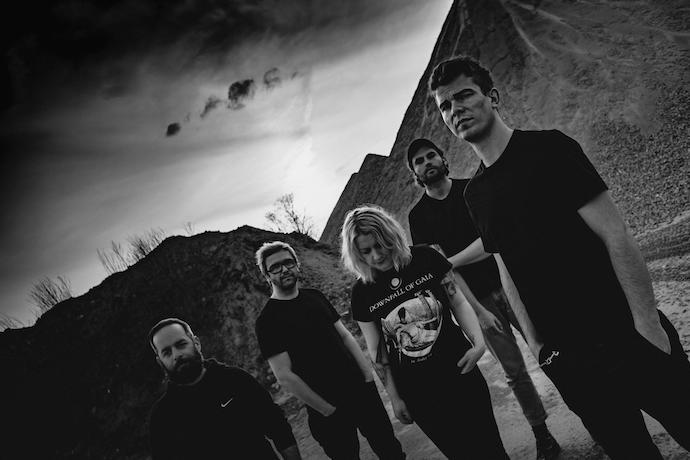 The band themselves tell us: “This track got all of the High Fighter and pretty much represents our new record, which has a heavier and more brutal direction – while not losing our bluesy roots. Thrilled to unleash it today, and can’t wait to share Champain in its entirely with you soon!”

The contrasts within “Dead Gift” itself begin almost immediately, as the sense of dream-like and moody introspection created by the song’s reverberating opening notes flow into a heavy, hammering beat and a slashing riff that’s both black-hearted and electrifying. As the song continues its pulse-pounding surge, vocalist Mona Miluski passes through changing states herself, moving from absolutely vicious shrieks and growls to clean melody that soars and wails, her voice becoming bluesy, soulful, and haunting as the music behind her also transforms.

Other ingredients join in — a seething and sinister guitar lead, an eye-popping solo that draws from psychedelia, and is that a saxophone in the mix? The monster rhythms of the song and the highly addictive riff at its core, along with Miluski‘s strikingly variable voice, keep working their own magic as “Dead Gift” unfolds — until an oppressive mantle of doom and darkness descend at the end. 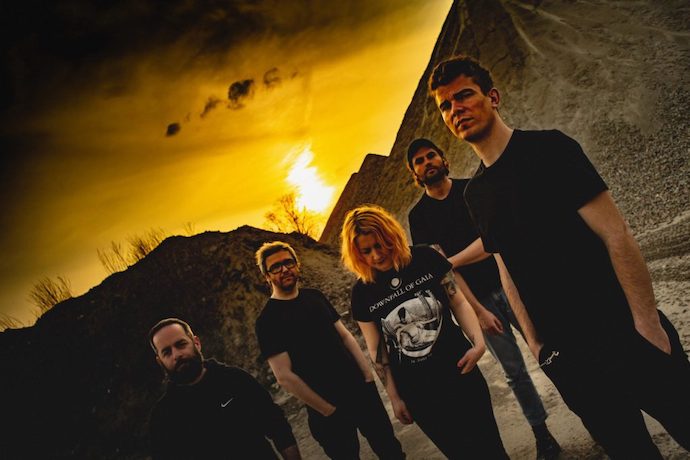 “Dead Gift” is a hell of a bracing trip, a very addictive one, and a fine example of High Fighter’s evolution on Champain (and of their songwriting chops), offering something that should appeal not only to the stoner doom crowd but also to lovers of sludge and more harsh and hostile formations of metal extremity. Moreover, the song doesn’t exhaust the fascinations of the album — more twists and turns lie ahead, including soundscapes that are eerie and midnight black, as you make your way through this thrill-ride of an album.

The band enlisted Downfall of Gaia’s Anton Lisovoj for a guest vocal appearance on “When We Suffer”, and they turned to Jan Oberg (of Earth Ship and Grim) for the mixing and mastering at Hidden Planet Studio in Berlin. The cover art was created by Johnny Doe.

Champain is available for pre-order now in advance of its July 26 release by Argonauta. Below you’ll find not only the song we’re presenting for the first time today but also the album’s first single, “Before I Disappear”. We’ve also included the current schedule of the band’s upcoming live dates.