Struggling with the challenges of patience have been eased somewhat by the appearance earlier this week of a new track named “Skyggemannen” (which premiered at DECIBEL), accompanied by a video clip of the band performing the song for the first time together, at the Grabbenacht festival in Germany. 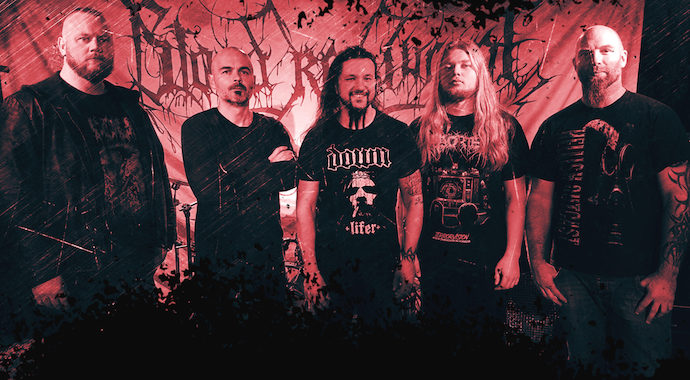 With lyrics in Norwegian, “Skyggemannen” (which means The Man in the Shadow) is described as “a song about the conflict between a man’s personal duality and struggle in whom to be, why to be, and how to overcome a battle which is only seen in your own mirror.”

Founding guitarist Død has stated that “Fit To Kill is by far our most old-school release since 2003’s Affiliated With the Suffering“, and there is indeed a “back to the roots” quality about this absolutely vicious new track. Launched by a mix of savagely seething and maniacally pulsing riffs and the kind of drum artillery that will loosen your molars, the song soon segues into massive-headbang mode thanks to an assault of rhythmically jolting extravagance and gruesome gutturals. But the dynamism of the song persists throughout its full-throttle rampage, with more changes yet to come — all of them electrifying.

True death metal mastery! It is time again for us to bow low before the Blood Red Throne. 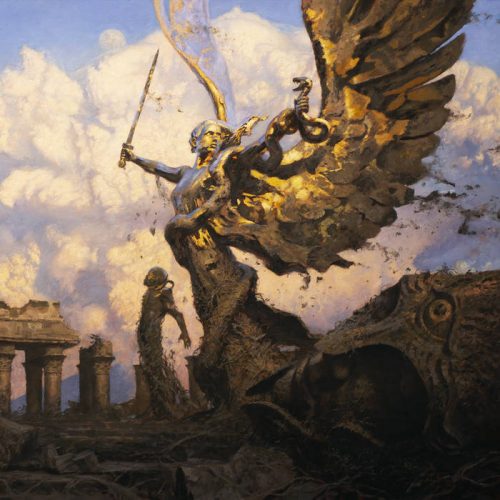 This next video may have been filmed in the relative solitude of a recording studio, but Matt Hyde‘s vocals are stunningly intense. He seems genuinely to be pouring out his soul, and it’s a shattering experience to see and hear it — especially when you know the very personal nature of the lyrics and the experiences that produced them.

If you’re not aware, Beastwar’s vocalist was diagnosed with Non-Hodgkin Lymphoma and endured six months of treatment in 2016. Through that ordeal, with death looming, he had a lot to think about, both the abyss to stare into and a then-ten-year-old daughter whom he might leave fatherless. Although he’s now in remission, it’s obvious from this video that those memories are still fresh. (This was the first song Hyde recorded after completing his chemotherapy treatment.)

I’ve always been a big fan of Hyde’s vocals. In this song, “Storms of Mars“, I thought of Rob the Baron and Alan Averill, as well as Hyde himself. The music that surrounds the vocals is also intense — and heavy as hell, on multiple levels — but it’s the vocals (and Hyde‘s face) that steal the spotlight.

The new Beastwars album, IV, will be released on June 28th. It features cover art by the great Nick Keller. Two more songs are now available for listening on Bandcamp. 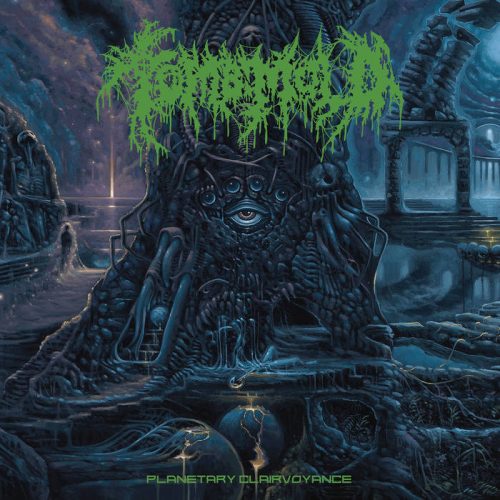 Toronto’s Tomb Mold have wasted no time. They’re already following up their stunning 2018 album Manor of Infinite Forms with another full-length. Entitled Planetary Clairvoyance, it’s coming out on July 19th via 20 Buck Spin — and man, does it sound fantastic. Just listen to the two songs up on Bandcamp now — “Infinite Resurrection” and “Accelerative Phenomenae“.

Both of these tracks deliver apocalyptic levels of storming destructiveness, but they’re enormously dynamic, and embedded with melodic and rhythmic hooks that also make them catchy monsters, not to mention the freakish and frenetic fretwork that pushes the voltage levels into the red zone. Both tracks also include transfixing solos as well as utterly doomed but majestic slower movements in the midst of all the rampant explosiveness, and the second one is a particularly gigantic headbanger too. These guys, in short order, have vaulted to death metal pinnacles that most bands can only dream of. 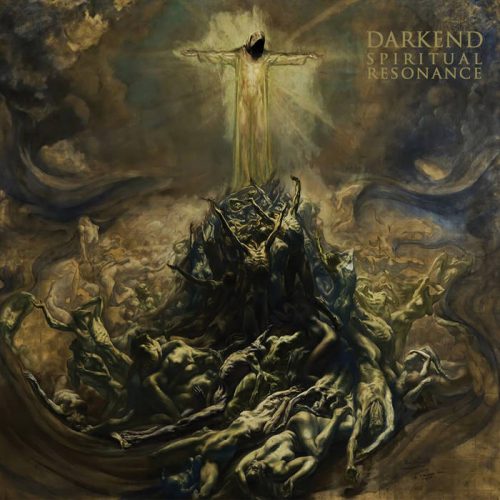 Thanks to a tip from long-time NCS supporter Booker, I learned that Darkend have a new album on the way. Booker wrote: “There’s one track up on Bandcamp, sounds in the same vein as The Canticle of Shadows, which brings me no end of joy.. I mean, feelings of blackness where my heart should be.”

That song, “With Everburning Sulphur Consumed“, is one of six on this Italian symphonic black metal band’s new album, Spiritual Resonance, which comes three years after that great album Booker referred to. It includes a guest appearance by Lindy-Fay Hella of Wardruna, and has been presented through the video you’ll find below. There’s a searing yet inconsolably bleak quality to the melodies in this enormously dramatic song, and the lead vocals are scorching in their savage intensity, while Linda-Fay Hella channels just as much intensity in a different way. There’s also a beautifully moody bass solo, backed by shining keyboards, in the midst of the track that only increases its allure.

Spiritual Resonance will be released on September 13th by Dark Essence Records (same date as that Blood Red Throne record, so we’ll again have to be patient) 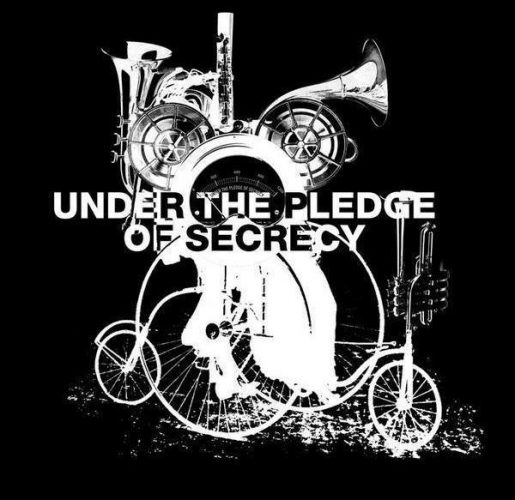 UNDER THE PLEDGE OF SECRECY

To close this particular collection I’ve chosen a new song by Under the Pledge of Secrecy, a German band whose last album, 2014’s Black Hole Mass Evolution, included a song we premiered and also prompted these words by Andy Synn in his review:

“The songs themselves (with the title track being a particular favourite of mine) are largely delivered at warp-speed, jerking and writhing in electrifying spasms of shocking ferocity, yet still find time to drop into a nauseating groove here and there, while underneath it all the group sneak in some insidious hooks and subliminal melodic messages when and where you least expect it – all without ever seeming to deviate from their dissonant, deviant assault on the senses.

“Definitely check this one out if you’re in the mood for something utterly abrasive and confrontational, or if you simply want your neurons forcibly rearranged.”

The new song, “Glass Palace“, also comes packaged in a video, an unnerving one based on George Orwell’s 1984, which suits the unnerving music. The band, now a duo, have once again delivered something wild and wondrous, a startling combination of delirious technicality, full-throttle barbarism, and surprisingly memorable little melodic accents (as well as thoroughly unhinged vocals). The song left my head spinning and my lungs gasping for air….

“Glass Palace” seems to be extracted from a new album named Empire of Bastards. It’s still being mastered, so no release date has been set.