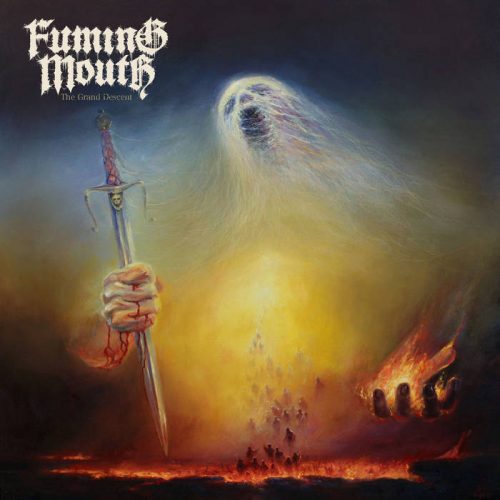 Maybe it’s my google algorithm or something, but considering that Fuming Mouth’s The Grand Descent and Towering’s Obscuring Manifestation are two of the downright best Death Metal albums I’ve heard all year, I’ve seen a real dearth of reviews for them, particularly the latter release (which has been out for almost a month now).

Hopefully this co-review will go some way towards correcting this egregious oversight on behalf of the Metal community though, and hopefully a lot of you will discover your new favourite band(s) as a result of what you’re about to read! 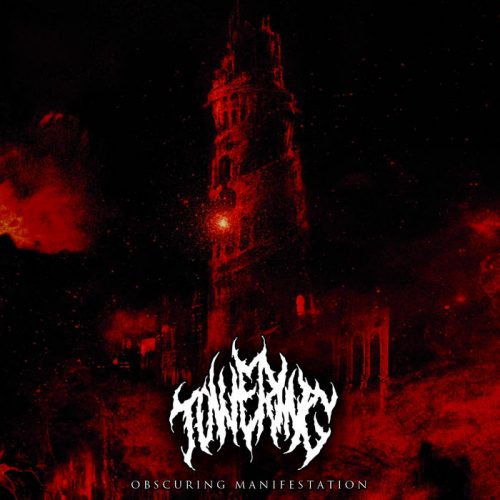 Make no mistake about it, I’m not exaggerating when I say that both these albums rank amongst the very best that 2019 has produced thus far. In fact I’m struggling to recall another Death Metal album from this year – let alone two – which has felt as paradoxically vital and alive as either of these records.

What both bands/albums get right, where so many others get it wrong, is that while their obvious influences and old-school leanings are undeniable – Fuming Mouth have a serious early-Dismember/Entombed vibe going on, while Towering opt for more of a Morbid Angel/Immolation style – they’re not just attempting to recreate the classics wholesale.

What you get instead is two bands who, separately and individually, have taken these influences, cut them up and dissected them to see how they work, and then rearranged them (while also adding a few outside ingredients, more on this shortly) in a manner which makes them feel more vibrant, and more visceral, than a simple cut-and-paste job ever could. 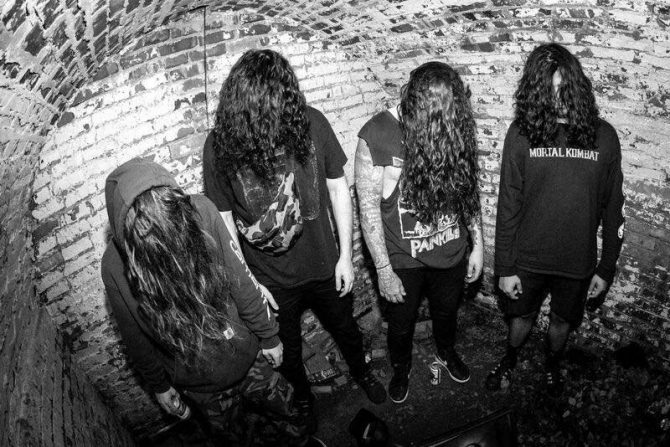 From the utterly frantic pace set by opener “Fatalism”, to the gritty, bone-grinding bombast of “Nothing to Bleed” or “The Great Equalizer”, via the grim, groaning heaviness of “Burning Hand” and “Visions of Purgatory”, The Grand Descent channels much the same sense of primal riffosity and bullish swagger that helped make albums such as Left Hand Path and Like An Everflowing Stream part of a generational shift so many years ago, but does so without sounding dated or derivative.

Similarly, the morbid assault of “The Poison of Man”, the blast-fuelled rampage of “Growing Seed of Agony”, and the stunningly dense riffs of “The Calling” demonstrate that while Towering are clearly very familiar with the ins-and-outs of Altars of Madness and Dawn of Possession, they’re not totally in thrall to them either, and aren’t afraid to break things down and rip them apart in order to then build them back up again into new, yet not entirely unfamiliar, forms. 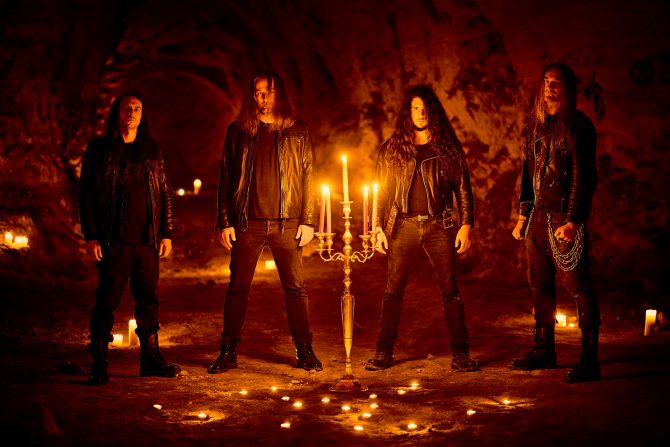 Towering (photo by by Nicolas Senaud)

A big part of what makes these albums so successful of course is the subtle way in which they embrace and incorporate additional elements/embellishments as a way of sweetening the pot, without distracting from or diluting the uncompromising and overwhelmingly Death Metal nature of the music.

In the case of The Grand Descent this manifests in a prominent Punk/Hardcore influence (think Napalm Death, Earth Crisis, D.R.I.), which makes its presence known not just in the belligerent, tooth-baring bark of vocalist/guitarist Mark Whelan but in the stripped-down, straight-for-the-throat structure of many of the album’s song (a large number of which come in at under three minutes) and the scrappy, pugilistic riff combos which they deliver.

In contrast, much of Obscuring Manifestation is laced with a simmering undercurrent of blackened melody – see the cathartic climax to “Monuments to Our End”, the entirety of penultimate pièce de résistance “One With The Black Earth”, or absolutely crushing closer “Becoming All – And Nothing” for example – that recalls the very best of Sulphur Aeon and/or mid-period Behemoth without falling afoul of the controversial “Blackened Death Metal” classification.

Neither album is 100% perfect of course – “Spirit Chain” is a slightly anticlimactic closer, for example, although the bonus track, “Half Life”, definitely makes up for this with gusto, while the instrumental introduction of “A Ritual of Descent”, although intriguing in its own right, doesn’t flow particularly naturally or smoothly into the rest of the album – but none of this undercuts the fact that, together, Fuming Mouth and Towering have delivered two of the finest Death Metal debuts in recent years.

5 Responses to “A TALE OF TWO ALBUMS: FUMING MOUTH AND TOWERING”