The following three bands, however, are different, in that not only are they each more than capable of taking on the bigger names and more famous faces of the Metal world at their own game, but they also seem more than willing to risk doing so!

DĀMIM– A FINE GAME OF NIL

To say that the comeback album from Dāmim sounds like some sort of awesome hybrid of early 90s Carcass and turn-of-the-millennium Nevermore would perhaps be a tad too reductive… but the fact is that the similarities between London’s finest purveyors of existential outrage and the latter two artists are often pretty striking.

Not only do the guitars frequently recall both the brooding, bombastic heaviness of Jeff Loomis and the red-hot, razor-edged hookiness of Bill Steer, but the vocals of Nathanael Underwood effectively channel the savage snarl of Jeff Walker and the moody, multifaceted delivery of Warrel Dane at different points, with the end result being that songs like the pounding “Descendant of Amalek” and the shape-shifting “Beyond the Call of Emptiness” (two of the record’s early highlights) often come across like a seamless distillation of the very best parts of Heartwork and Dreaming Neon Black.

That’s not to say that A Fine Game of Nil is a simple derivative of these artists/albums however – although the titanic riffage underpinning both “Rising of the Lights” and crushing closer “All I Want to Know is How it Ends”is extremely Loomis – as the band also throw a number of other elements, including a sense of post-apocalyptic atmosphere reminiscent of latter-day Otargos and a slithering dissonance similar to early Morbid Angel, into the mixing pot along the way.

Opener “In A Language They Understand”, for example, chugs and blasts, grooves and shreds, with the very best of them, and serves as a necessary shot of introductory adrenaline that really gets the album off on the right foot, while “Something for the Weakened” undergoes an almost constant series of metamorphoses as it progresses, in a manner that frequently recalls the similarly abrasive-yet-artistic riff arrangements of underappreciated Prog/Thrash supergroup Noneuclid.

Still, it’s those inescapable Nevermore and Carcass comparisons which I keep coming back to, especially when listening to something like “Body Is Broken”. And yet, despite all that, it doesn’t feel like the London quartet are trying to be anyone else and more that they’ve naturally found their niche in a place no-one realised there was an opening to be filled… until now.

A Fine Game of Nil isn’t entirely perfect – the mix feels a little brittle in places despite the relatively relentless intensity of the music, while bassist Faust Perez deserves more than the few moments to shine that he actually receives – but by carrying on the legacy of some of Metal’s mightiest heroes (whether they’re doing it consciously or not) the resurrected Dāmim have delivered an album that doesn’t just stand on the shoulders of giants, but is more than capable of standing right alongside them. 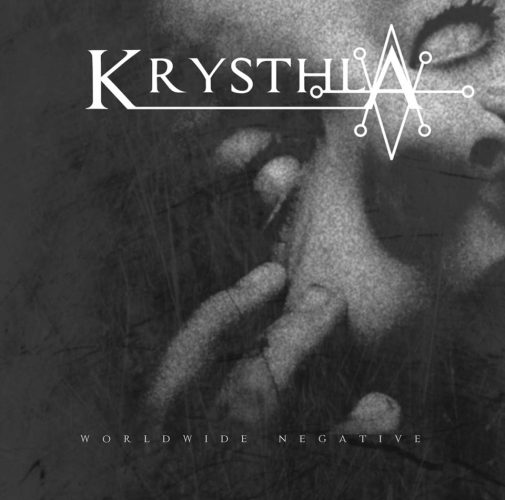 It’s been gratifying to watch the development of Krysthla over the last few years, from the nascent extremity of their 2015 debut, A War of Souls and Desires, to the much more aggressive and assured approach of 2017’s Peace In Our Time, all coupled with multiple high profile support slots and opportunities, including a well-earned mainstage appearance at this year’s Bloodstock Festival.

The group’s third album, however, feels like a record engaged in its own war of desires… and finds the band at something of a crossroads, uncertain as to whether they want to pursue a catchier, and dare I say more commercialised, version of their sound, or stick to their guns in a way which prioritises heaviness over radio-friendly hookiness.

The former is exemplified by the bouncy, Mnemic-esque riffage of “Reawaken” and the generic, sub-As I Lay Dying style good cop/bad cop chorus of “Zero Sum Game”, and while neither one is a truly bad song by any means – “Zero Sum…” in particular includes some impressively high-tensile riffs – the band’s embrace of formulaic frills and clean-sung cliché feels more like a calculated attempt to increase their potential audience rather than a natural expansion of their creative palette.

But although these tracks do stand-out as rather obvious attempts at increasing the band’s marketability, they’re thankfully outnumbered by more potent and persuasive numbers like propulsive opener “Negative” (whose use of subtly expressive melody offers a keen contrast to the song’s blistering blast-and-riff interplay), and the gigantic “Grief Is New Love” (whose climactic clean vocals demonstrate that the band can do subtlety and sensitivity without sounding hackneyed).

The group also smartly end things with a pair of absolute monsters in the form of “Aurea Mediocritas”, and “The Gift”, the former of which leans extra hard on the Meshuggah-influences without losing the band’s own identity, while the latter ups the tempo, ups the intensity, and ups the thrashiness in a way that’s as cathartic as it is suitably climactic.

Ultimately, a few minor missteps aside, Worldwide Negative is another solid offering from a band I can only see continuing to go from strength to strength in the future. 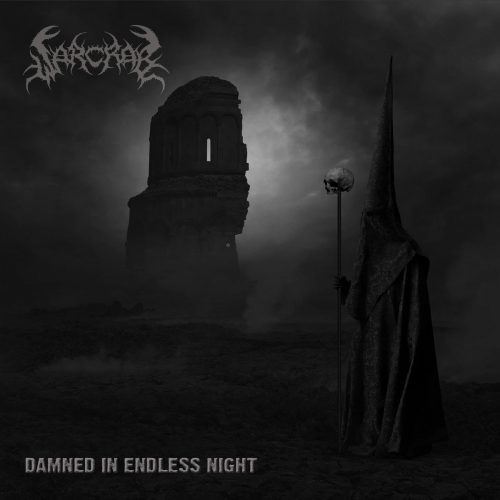 Apart from having one of the best names (and logos) in all of Metaldom, Warcrab are also prodigious purveyors of “the riff”. You know the type I mean – the sort of booming, bone-shaking, bowel-loosening riffage that makes you want to simultaneously bang your head, throw your horns to the sky, and sink to your knees in worship.

And this predilection for massive, high-yield riffery – often deceptively simplistic, yet always ruthlessly effective – is a big part of what makes Damned In Endless Night so damned good.

Despite a change in vocalist (with new mic-grasper Martyn Grant bringing a tad more of Jeff Walker’s sneering snarl to the table) the ABCs of the band’s DNA remain pretty much unaltered – part Autopsy/Asphyx, part Bolt Thrower/Benediction, part Carcass/Crowbar… with a bit of Celtic Frost and Paradise Lost added in to round out the alphabet.

And yet, while very little has changed in one respect, in another absolutely everything has changed, because everything about this album is bigger, bolder, and better than before.

Much of …Endless Night sticks closely to the deathlier, sludgier side of the band’s repertoire, with numerous tracks – be it the caustic churn and burn of “Halo of Flies”, the galloping chuggery and swaggering grooves of “In The Arms of Armageddon”, the dense, down-picked riffage of “Magnetic Fields Collapse”, or the stripped-down and savage “Kraken Arise” – showcasing a heavier, harder-edged, and significantly more aggressive version of the band than the one we all know (and love) from 2016’s Scars of Aeons.

That’s not to say they’ve abandoned the doominess entirely, however. The humongous “Blood For The Blood God” is pure Death/Doom devastation, while the second half reintroduces a prominent early Paradise Lost influence that not only gives the album as a whole a welcome sense of progression, but which helps make “Unfurling Wings of Damnation” and “Swords” two of the very best songs the band have ever written.

Not only that, but whereas the band’s previous records could, arguably, have been said to be a little on the short side (prior to this their six track, thirty-four-and-a-half minute self-titled debut was their longest release), Damned In Endless Night feels much more fully fleshed out, and much more satisfying, to the point where it’s the album’s two longest (and most ambitious) tracks (“Abyssal Mausoleum” and “Unfurling…”) which I find myself coming back to most often.

There’s a few small bugbears of course (I’m not sure that either of the two “bookend” instrumentals were strictly necessary, nor can I honestly say I can really hear the benefit of the band operating with three guitarists, rather than the usual two), but it’s still easy to see that …Endless Night is the band’s crowning achievement thus far, and one more than worthy of making its way onto a few End of Year lists come December.