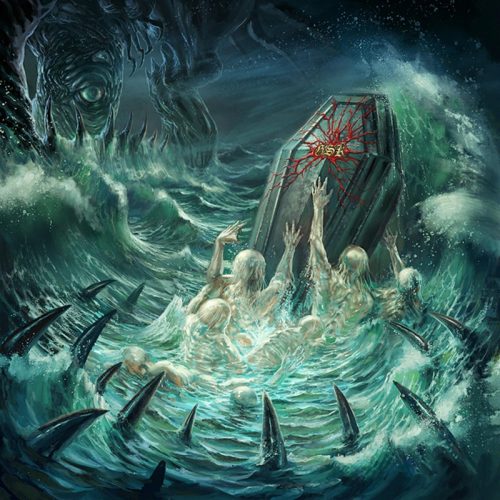 (Andy Synn wrote this review of an album released in May, with cover art by Par Olofsson.)

There are lots of reasons why, logically speaking, I should hate Vancouver B.C. sextet God Said Kill.

They’ve got two singers (one of whom is entirely superfluous as far as I can tell, as there’s nothing here that requires two full-time vocalists), their bio reads like it was written by someone who googled a few smart-sounding words without fully understanding them, and their entire image (up to and including their embarrassingly bad music videos) feels like the band are simultaneously trying too hard, and yet not really trying hard enough, resulting in an overall aesthetic that’s not just weirdly inconsistent but which actively makes it hard to take the band completely seriously.

In fact I’m still not entirely convinced that the entire project wasn’t originally conceived as a bit of a joke, only for everyone involved to realise part way through that they were actually pretty good, so should probably think about getting serious.

And there’s the rub… despite everything I’ve pointed out above, God Said Kill are actually capable of being pretty damn good when they want to be. 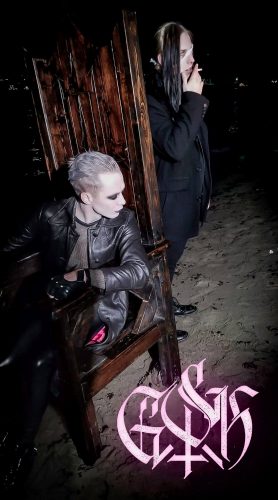 Take “The People In The Walls” for example.

The vocals are an impressively intense mix of savage snarls and gravelly growls, the guitars display an uncommonly effective blend of nimble technicality, heavy, slightly djenty, groove, and fluid, fleet-fingered melody, while the drums offer a similar mix of high-tech precision and hammering momentum.

And although the band’s techy, djentrified brand of Deathcore may not be wholly original – fans of early After the Burial or All Shall Perish will recognise several familiar tricks and motifs – it still managed to catch my ear all the same and, in turn, inspire me to bring you this review.

Not every track is quite as successful as this one, however (although none of them are truly bad).

At worst, tracks like “Divine Comedy” and “Oblivion” feel a little too generic to inspire anything but a sensation of fatal familiarity, although both the instrumentation and the vocals still retain a certain sharpness even when the songs themselves never quite add up to anything more than the sum of their parts.

Speaking of the vocals, the decision to include some tragically toothless emo-core cleans on tracks like opener “Buried Awake” and the aforementioned “Divine Comedy” feels much more like an exercise in focus-group mandated box-ticking than a legitimate attempt to imbue the songs with any extra emotion, and really only serve to highlight the exact point where it seems like the band ran out of ideas.

This is particularly a shame in the case of “Buried Awake” as, although perhaps not the strongest opener that GSK could have chosen, prior to the last 30-40 seconds or so it’s still a dumb-but-fun slab of Tech-Death-core that at least sounds like the band are actively enjoying themselves without trying to be a jack of all trades.

On the plus side, however, songs like “Manitou” (with its punchy riffs, acrobatic lead guitar work, and stupidly catchy synth hooks) and the propulsive “I’m Having Other People’s Nightmares” are actually really well put together, constantly in motion and dripping with energy yet still tightly structured and technically adept, and show off the band at the absolute top of their game. 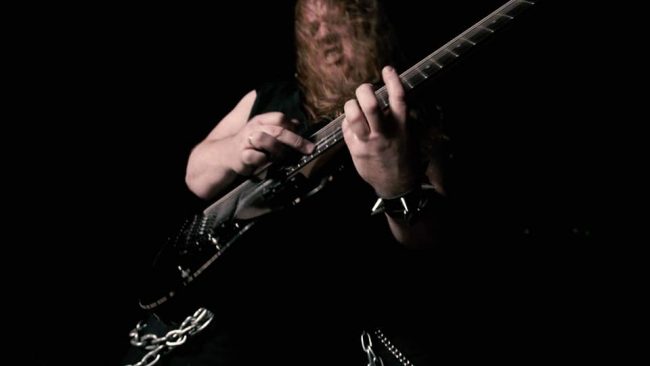 The album also ends on two of its strongest cuts, the tech-tastic “Flooded World” (which proves once and for all that guitarists Roger Mowat and Atom Bergen are the group’s true MVPs), and the unexpectedly hooky and incisively melodic “Last Walk”, ensuring that, for all its flaws, Wrath of the Awakened ends in a manner guaranteed to leave a strong impression (something which can’t be said for a lot of the band’s peers).

Of course God Said Kill probably aren’t going to be headlining any festivals any time soon, that’s for sure, and there’s definitely an argument that Wrath… would have been even more effective as an EP than a full-length album, but there’s still a fair bit of unrealised potential here all the same, and I’m hopeful that – if they can clear up some of the issues laid out earlier in this piece – these guys might find it in themselves to produce something they can be even more proud of at some point in the near future.

Until then though… leave your prejudices at the door and give them a try. Who knows, you just might like it!