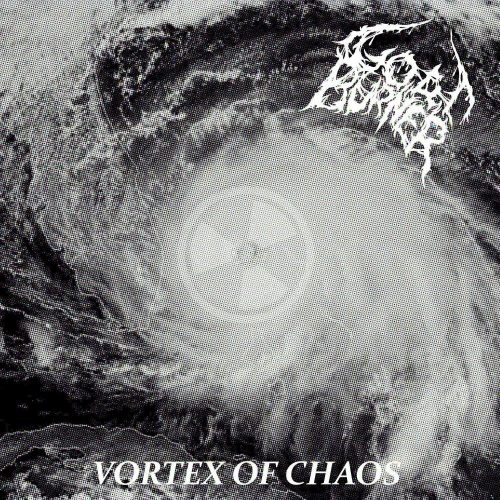 Unless Goatburner are clairvoyant they probably couldn’t have known, when this premiere was arranged, that their song “Vortex of Chaos” — which is about the obliterating power of an immense hurricane — would be released barely one week after the monstrous Hurricane Dorian absolutely destroyed portions of the Bahamas, leaving more than 70,000 people homeless and a death toll of 44 (at this writing) before moving on to ravage the Outer Banks of North Carolina and now far-eastern Canada.

On the other hand, their debut album Extreme Conditions thematically focuses on the extreme and unpredictable weather events that are increasingly plaguing the current world. If Hurricane Dorian had not followed the completion of the album, some other horrific extratropical or tropical cyclone undoubtedly would have. But this Finnish duo composed of Keijo Niinimaa (Rotten Sound, Morbid Evils, Age of Woe) and Jaakko Forsman (Ratface, Skulmagot) are aware of Dorian now, and Keijo provided this comment not long after that hurricane’s tragic destruction in the Bahamas: 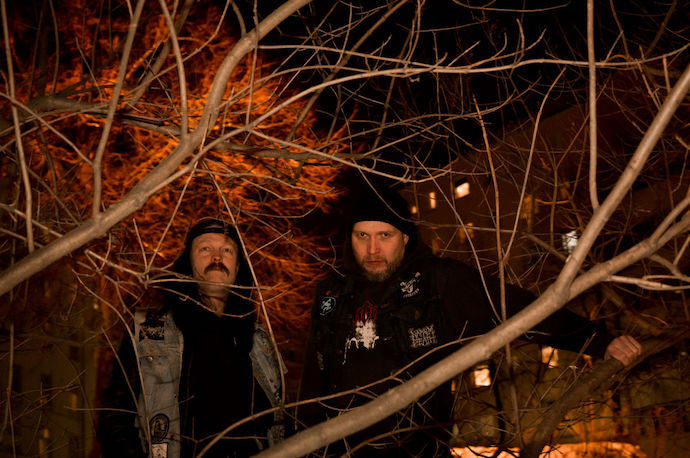 “‘Vortex of Chaos’ is one of the last songs we wrote for the album. Also one of the most diverse one, with tempo-changes and few surprising turns. Lyrics are about how a megahurricane comes and destroys everything on its way. We also want to honour all hurricane-victims out there and hope that Dorian didn’t end-up spreading more damage on land after Bahamas”.

As that comment forecasts, “Vortex of Chaos” changes pace frequently, switching between a slow, brutal, earthshaking stomp and bursts of ravaging, hammering, eviscerating chaos. The band also segue into episodes of thunderous, juggernaut rampaging and completely dismal and desolate crawling, leaving misery in their wake.

Some aspects of the music don’t change as the band move between those doom-stricken, bone-bruising lurches and full-throttle violence. One is the massive, toxic guitar tone. Another is the vertebrae-cracking impact of the drumming. And a third is the crazed and vicious quality of the vocals. Put it all together, and it sounds like the unholy death metal offspring of Conan’s caveman battle doom and the most maniacal paroxysms of Rotten Sound‘s grindcore. 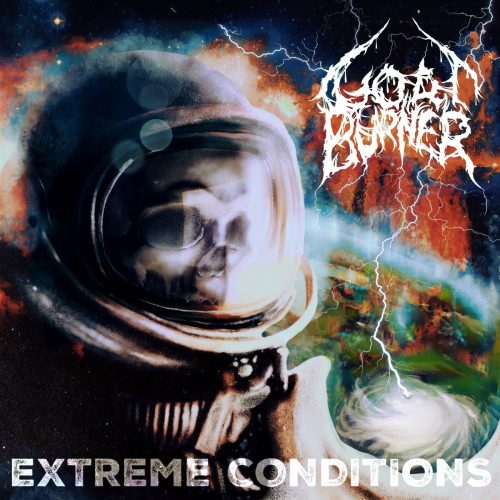 Before today’s premiere, Goatburner released a frightening (but all too real) video for another song from the album named “Drowned Alive“, and we’ve included that video along with this newer song. Goatburner are working on a video for “Vortex of Chaos” as well, so keep your eyes on the band’s Facebook page to find out when that becomes ready.

Extreme Conditions will be released on September 27th by Time To Kill Records on CD and vinyl LP, and it’s available for pre-order now. About the album as a whole, the band have stated:

“Extreme Conditions goes through the weather of today, with such unpredictability, that one could not forecast the next riff, tempo, drum beat or lyrical pattern. While the debut EP Time to Burn might have sounded almost uplifting at times, Extreme Conditions focuses on the negative and disturbing sides of the chaotic forces of nature we have to live in today.”