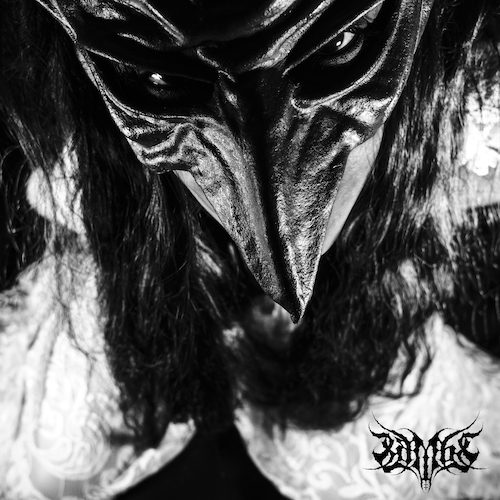 As we rapidly approach the last quarter of the year, 2019 has already proven itself to be the bearer of some tremendously good post-metal and sludge releases, but it’s far too soon to close those chapters of the year’s book. In particular, the debut album by the Italian band LAMBS‡ hasn’t been released yet — though it will be on Friday (September 27th), via Argonauta Records — and it more than holds its own with releases by more established and widely-heralded names.

Aptly entitled Malice, it combines elements of post-metal and sludge (along with black metal and hardcore) in ways that deliver catastrophic heaviness, unearthly atmosphere, unnerving tension, harrowing gloom, and absolutely obliterating violence. It’s relentlessly gripping, and unsparingly intense, and we have a full stream of it for you now. 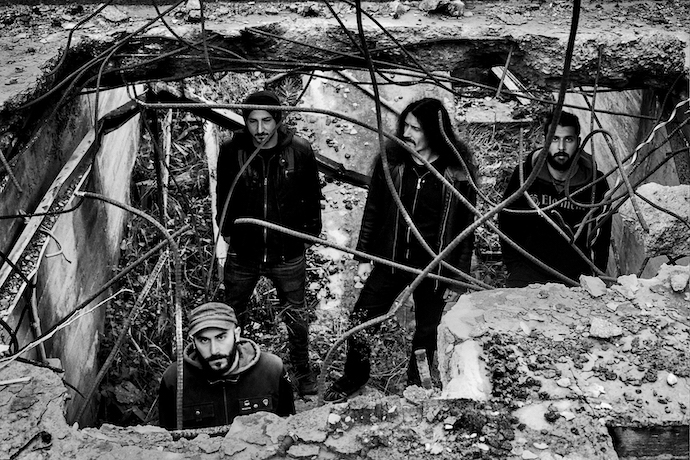 Malice is not easy listening. The music and the vocals are raw and abrasive in their sound. The sensations are wounded and wounding, baring the lesions of life and baring teeth, too. But it’s also so powerful on so many levels that once it gets you by the throat, it really won’t let go.

Just listening to the ominous and strange opening minutes of “Debug”, which launches the album, signals that you’re about to be thrown into unfamiliar territory, quite unlike whatever surrounds you in the “real” world. The alien peril conveyed by those eerie ambient sounds, and by the twisting guitar reverberations and calamitous drumming that come next, is palpable. “Debug” eventually hits a mid-paced rhythm, but the spine-shivering quality of the vocals and the piercing derangement of the squalling guitars only deepens the music’s already unnerving qualities and adds an ingredient of abject misery.

You would be forgiven if you expect that “Debug” will continue to drag you by your hair into a deep pool of poison and gloom, but the song doesn’t end that way. Instead, it suddenly becomes a barrage of clobbering drumwork, crazed, discordant riffing, and howling vocal madness.

Over the course of the four tracks that follow that harrowing opening, LAMBS‡ traverse passages of lead-weighted, knee-capping heaviness and brazen savagery; soul-spearing pain and crushing hopelessness. There are racing movements in the album whose intensity is torrential and whose impact is electrifying, when the rhythm section moves like a giant turbocharged juggernaut, the riffs rain down like meteors or ring like ethereal cosmic bells, and the vocalist howls and wails like a terrifying madman. At other times, ambient music shimmers like radiation from a distant star. At still others, when the drummer sets a slow and measured pace and the bass lowers the boom in protracted craggy, spine-crushing tones, and the guitars moan like mourners at a mass, the mood of wretchedness is so penetrating that it sucks the oxygen from your lungs.

There’s plenty of manic, mauling mayhem to be found here — the discordant sounds of desperation and violence, of bloody-minded rage and the extraction of cold-hearted revenge. Equally, the band repeatedly demonstrate their capacity to bring apocalyptic levels of crushing heaviness. And they also do a powerfully effective job of giving you chances to bang your head, and indeed your whole body from the waist forward, like a human piston (see especially “Perfidia”).

What’s never lacking is intensity. The music is variable in its pacing and volume, and (albeit rarely) it floats rather than pounds with obliterating force or barrels ahead with no thought given for anything in its way (and no fear that anything will stop it). But regardless of the momentum or the degree of loudness and heaviness of impact, the emotional urgency is unrelenting. Even at the beginning of the final track (“Misfortune”), when the guitar notes seem wondrous, the un-reality of their sound is gripping — though of course things get much more rampantly and massively destructive, and much more capable of rending sanity to shreds before silence falls.

Give yourselves over to Malice via the player below. For more info about the album and how to get it, check the links below.