In March of this year Apathia Records released Espérer Sombrer, the debut album of the French band Vesperine. Through their integration of progressive, noise, and hardcore elements into a foundation of powerful post-metal, Vesperine created an experience that should appeal to fans of such bands as AmenRa, Cult Of Luna, Impure Wilhelmina, Neurosis, and Rosetta.

What we have for you today is a phenomenal video for one of the phenomenal songs on Espérer Sombrer, a track called “Nous, Si Photosensibles“. The combination of the surreal and visually arresting imagery and the emotionally shattering sounds makes for a sublime match, and provides an equally arresting reminder of Vesperine’s unnerving power. 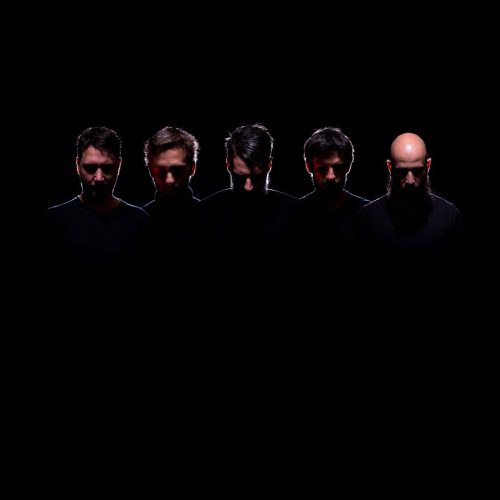 As the song title suggests (if you didn’t already know), Vesperine’s lyrics are in French, and the theme of this song’s lyrics is that in our world, darkness is an ally, and obscurity is a place where hope can be reborn. Sheltered from the onslaught of light, which illuminates our wrongs, we become strong and proud, equals in the shadows.

A primitive, ritualistic, utterly skull-busting drum rhythm creates the baseline for thick, craggy bass tones and eerie, ethereal guitar notes, edged with abrasion and dissonance. The rhythm shifts simultaneously with the advent of shrill tortured vocals and the buzz and boil of anguished guitars. The music is soon overflowing with agony. The music is also massively heavy, and when the band begin to pound in ernest, it’s a merciless onslaught.

The rhythm section falls silent as the voice changes to a scarred whisper, and then following a moment of complete silence, the music transforms into a slow, gossamer-light, unearthly interlude. There’s still a feeling of pain in the vocals, but here it’s a more more pensive and introspective form of angst.

When the music begins to hammer in titanic blows and to quiver in agony once again, it’s the prelude to a clobbering, stone-fracturing drum performance and the kind of discordant guitar torture that puts your teeth on edge, matched by the renewed shattering extremity of the vocals. The song surges into a climactic maelstrom of violent destruction, as if a manifestation of the pride and strength of all brothers and sisters in darkness.

Credit for the wonderful video goes to Matière Noire. To stream ad acquire Espérer Sombrer as a whole, follow the link below.