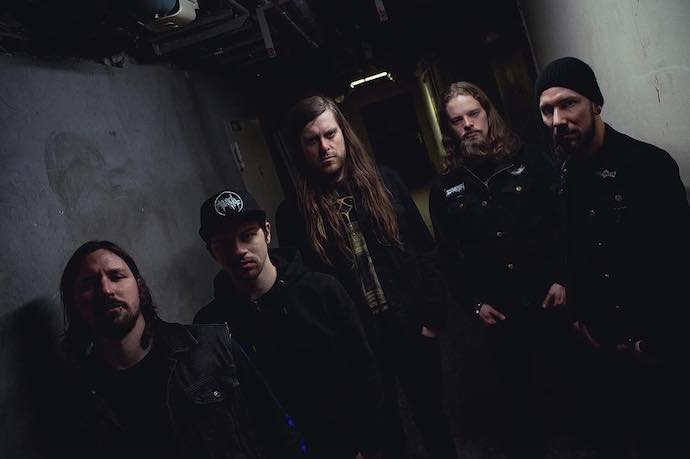 We would like to offer two rounds of applause to begin this premiere. The first goes to Berlin’s Praise the Plague for the wrenching emotional power channeled by their song “Torment“. The second is for Sven Liebold, whose surreal video for the song is a nightmarish feast for the eyes, one of those ever-changing visual collages that you can’t look away from, and which in this case integrates frighteningly well with the music.

The song comes from a two-track EP by Praise the Plague that was released digitally, and on vinyl by Argonauta Records, on September 13th. Entitled Antagonist II, it follows the band’s debut full-length Antagonist, which was released last year. Both tracks are powerful mood-changers, amalgams of black metal and doom that have the capacity to make you forget about whatever you were doing or feeling before listening, and to transport you into the indigo-dark dimensions where this band dwell.

After a suitably spooky introduction, “Torment” begins to build sensations that are true to its name through a combination of devilish shrieking, hurtling drums, thundering bass, and wild, fiery riffing that transmutes tension and pain
into sound. When the pace drops, the music turns gloom-cloaked and calamitous — the drums boom, the voice becomes a deep roar, the bass becomes a hammer, and the leads ripple and buzz like dismal wails. The band cycle through these different manifestations of torment, and then drag the music even deeper into a pit of despair. The vocalist screams in agony, and that riveting lead flashes above the crushing weight of the slow stomping behemoth of sound beneath it.

The second track on the EP, “Woe“, is also well worth your time (and you’ll find it below, along with the new video). It begins like a catastrophic dirge, slow and steeped in misery, like a skin-shivering funeral march, with barren roars and weeping guitar in the midst of that doomed procession. Notes reverberate eerily, like the sonic exhalations and screams of ghostly apparitions, and then the song begins to change. The drums become a clobbering tumble, paired with jagged riffing and scorching shrieks, dialing up the intensity of the music, building to a galloping pace, with the tremolo’d lead boiling with a hopeless feverishness.

“Woe” displays a bleak and ominous grandeur, like a monument of pain and grief rising above a wasteland, the lead melody an encapsulation of shattering sorrow, the vocals unhinged by the awful consequences of existence. 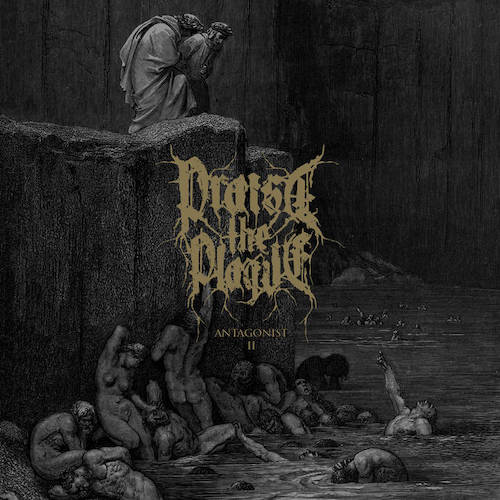 We hope you are as moved as we’ve been by both the new video and the EP as a whole. As mentioned above, it’s available now on vinyl and digitally.

One Response to “AN NCS VIDEO PREMIERE: PRAISE THE PLAGUE — “TORMENT””