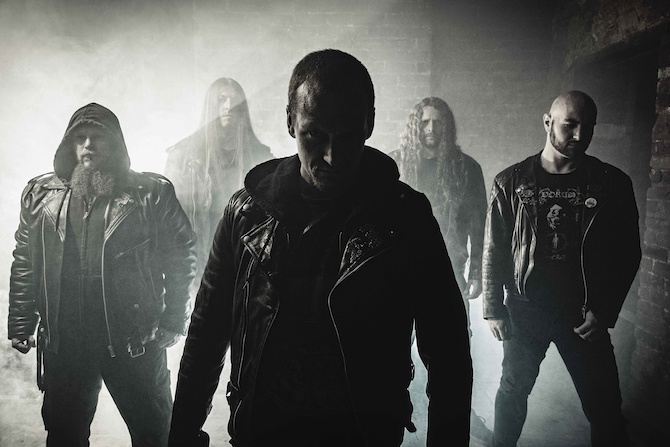 (In this October edition of THE SYNN REPORT Andy Synn compiles reviews of all the releases by the UK death metal band Vacivus, including Annihilism, an album just released by Profound Lore.)

Despite my current status as an all-seeing, all-knowing, font of metallic wisdom (…cough…) I still find it difficult to say which bands are going to get “big”, and why some of those bands do when others don’t.

Take UK death-dealers Vacivus, for example. Despite receiving a wealth of critical praise for their work over the last few years, the quintet have yet to have that one “breakout” moment that might put them on the fast track to stardom.

Quite why this is I’m not sure, as the band’s blending of guttural growls and gut-churning riffage, all tinged around the edges with a touch of murky atmosphere and poisonous blackened melody, instinctively hits all the right notes to appeal to an impressive cross-section of extremophiles.

So if you’re a dedicated disciple of Death Metal overlords like Incantation, Immolation, and Morbid Angel, a lover of more modern upstarts like Sulphur Aeon, Blood Incantation, and Tomb Mold, or the sort of person who enjoys wallowing in the Death/Black hybrid horror of bands like Abyssal, Portal, or Teitanblood, you owe it to yourselves to check these guys out. 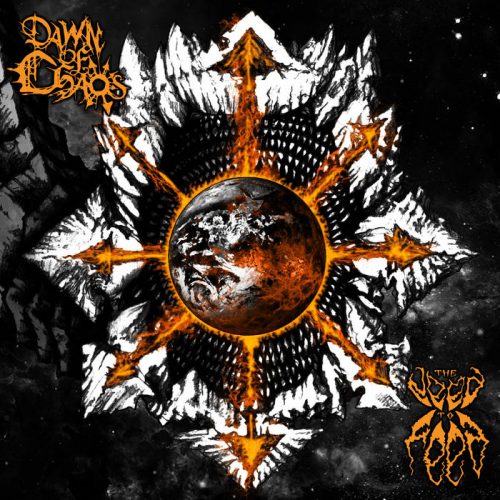 Originally written and recorded under the group’s previous moniker (Dawn of Chaos), this record may not strictly be a Vacivus release, but it still deserves a small mention as a key part of the band’s genesis.

It’s a solid album, don’t get me wrong, but mostly (and understandably) sounds like a very different band, favouring straightforward aggression over the more atmospheric, overwhelmingly abrasive approach they would come to adopt soon after.

There are still some fun highlights though. The aforementioned “Blind, Torture, Kill” is an enjoyably riff-heavy rampage, while “Engineered Atrocities” turns out to be (after an awkward start) one of the catchiest cuts on the entire record.

Similarly, the short-but-sweet “Abominatrix” and the punchy, pulse-raising title-track pack in some seriously heavy riffs and suitably nasty hooks, meaning that, even if Dawn of Chaos isn’t the most original or stand-out release you’re ever likely to hear, it still demonstrates a lot of early potential. 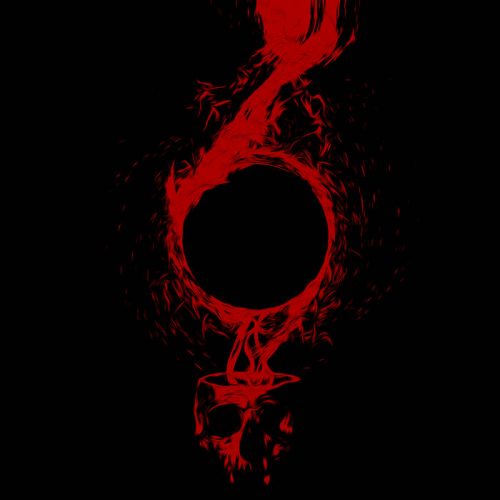 Although the band’s first “proper” release is only five songs long, it’s still absolutely loaded with gruesomely heavy riffs and horrifying atmosphere, instantly showcasing a much darker, much grimmer, sound than the one found in the previous entry.

Opener “Dark Apotheosis” is a relentless rumble of dread and despair, balancing deathly heft with just a touch of blackened menace and melody, while the title-track is built around a steady stream of taut, snapping snare beats and lurching, leviathan riffs.

“Ageless, Nameless” is both the EP’s mid-point and (arguably) the record’s high point too, bringing together not only some cruelly catchy riff work, but also some brilliantly bleak melody and doomy touches (especially at the end) which really help build the right atmosphere of malice and malevolence.

“Hostis Rei”, by contrast, is more of a straightforward blast and burn, drummer Ian Finley giving his kit an absolute pounding beneath a procession of thrumming, low-tuned tremolo riffs and crunchy, down-picked rhythms, all topped off with Nick Craggs’ gargantuan growl.

Closer “Vacivum Aeternum” adds some extra melody – morbid though it may be – back into the mix, giving the whole song an icy, ominous chill to balance out the bone-grinding guitar work and brutish, belligerent vocals, ending the EP in a fittingly heavy, yet haunting, fashion, and demonstrating quite clearly that Vacivus are already a step or two ahead of the rest of the pack even at this early stage. 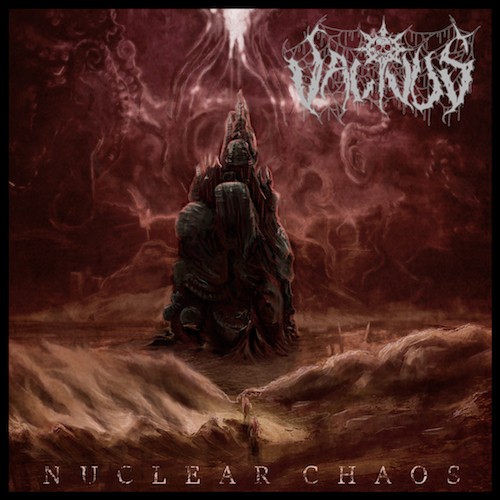 The band’s second EP may be even shorter than its predecessor – comprising only two songs, rather than five – but those two tracks are just as harsh, just as heavy, but arguably even tighter and more potent.

“Unchaining the Winds of Uncreation” builds from a creepy, scene-setting  intro into a pulsing slab of blackened Incantation worship – all meaty, macerating riffs and vile, voracious vocals – replete with touches of darkly ambient keyboard embellishments that serve to enhance the dense and desolate aura of the track without weakening its devastating impact.

“Blind Idiot God”, on the other hand, comes storming straight out of the gate in a deluge of withering blastbeats and whiplash-inducing riffs, all building to a mid-song shift into relentlessly headbangable territory, where the horrible hooks, guttural grunts, and twisted melody lines come flying at you thick and fast, keeping the intensity high while expanding the band’s creative palette at the same time. 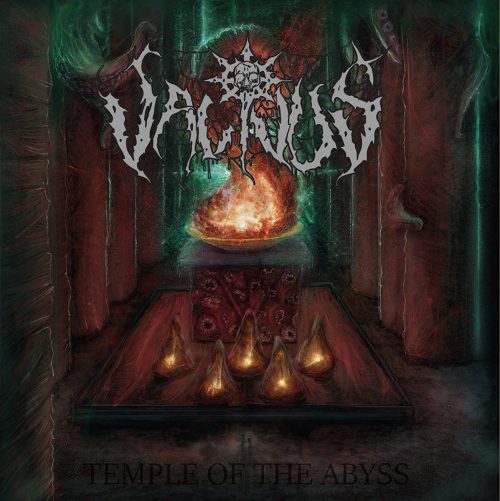 When I first reviewed this album, way back in 2017, I wrote that it was “steeped in Old School Death Metal dirt, but with an extra dose of murky, miasmal darkness added for good measure”, and while I still stand by this statement, I’ve come to see that Vacivus are less interested/obsessed with being authentically “old school” (especially compared to some of their peers) and more about channelling the essential, archetypal core of Death Metal, whatever form that takes.

As the eerie intro of “Premonitions” gives way to the brooding, bleakly melodic opening of “Towards Infinite Chasms” you’ll immediately be able to hear how much sharper this album sounds than its predecessor(s), the crisp, organic drum sound and razor-edged guitars cutting through the swirling, sordid murk like a knife through flesh.

The hooks are also sharper this time around, often coated in a sheen of devilishly dark melody so as to ensure maximum penetration, helping the strangling, trem-heavy guitars of “Oubliette” (whose use of an even more savage, snarling vocal register only increases the “blackened” feel of the song) and the twisted leads of “Summoning Apophis” burrow ever deeper into your brain.

“Cosmological Necroticism” is pure Death Metal density and ominous atmosphere, featuring some of the most face-melting blasts and throat-rending vocals on the entire album, while “Black Flame Serpent” is one of the most grimly melodic and harrowingly hypnotic tracks the band have ever written, both songs at different times (and in different ways) reminding me of the darkest and most mesmerising moments of Germanic Lovecraft worshippers Sulphur Aeon.

This feeling carries over into the blackened bombast and doomy deviance of “Filii Inferos”, which balances chaotic intensity and merciless precision (particularly during the song’s stomping, morbidly melodic mid-section), after which the epic, six-minute title-track – all coiled tremolo riffs and suffocating atmosphere – brings things to a truly titanic close.

Pretty much the definition of an underappreciated gem, this is the sort of album that really deserves to be heard by a much wider swathe of the Death Metal community (and beyond). 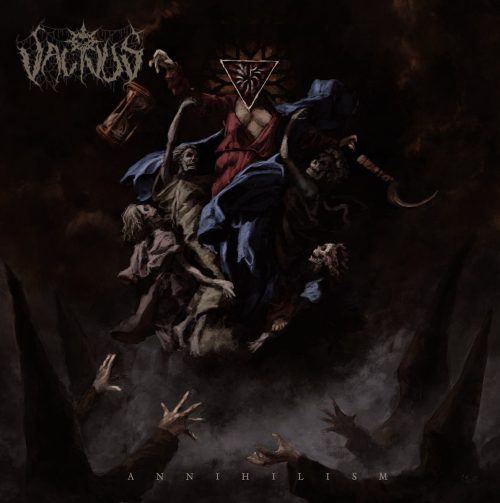 The band’s latest album, released just last week, is inarguably a more melodic and refined piece of work, yet none of that means it’s any less primal or punishing, as “Of Ruinous Essence” so clearly demonstrates, slowly building towards critical mass before exploding into a barrage of gnarled riffs and snarled/growled vocals, blood-spattered blastbeats and writhing, electrified tremolo runs.

It’s a monstrous track – channeling the elemental force of Death/Black Metal at its very best – and one which immediately lets you know that although Annihilism may incorporate more cold, bone-chilling melody than ever before, it’s lost none of its raw power and soul-crushing atmosphere in the process.

Case in point, the relentless assault and gargantuan grooves of “Terminus” finds the band at their most aggressive and domineering, with only a tiny (but extremely effective) dash of melodic darkness to be found right near the end, after which the rampant blastery, barbed-wire tremolo runs, and lurching, chugging riffs of the Immolation-esque “Shards” raise the stakes even further.

One thing that is already apparent, even at this early stage, is that pretty much every aspect of Annihilism has been improved in some way from its predecessor. In fact, the musicianship on the whole seems to have taken a significant step up, with the drums and lead guitar work in particular benefitting the most, as the former feel faster, more intense, and more technical all round, while the latter’s increased prominence serves to add another welcome layer of creepy character to every song.

“In Fine Dierum” finds the quintet slowing things down to a loathsome, suffocating crawl, interspersed here and there with spasms of sudden sonic violence, allowing the band to cultivate a truly thick and malevolent atmosphere across the length and breadth of the track. It’s followed by the absolutely massive title-track, whose mix of slithering melody, brooding horror, and bludgeoning fury (not to mention some eye-opening climactic shredder) would make Morbid Angel go neon green with envy.

The closing pairing of “Indignus”, whose bleakly blackened vibe recalls the very best of early-2000s Behemoth, and the grim grandeur and carefully controlled chaos  of “Ecdysis” (itself another one of the album’s big highlights), not only ends the record on a fantastic note, but also reinforces the idea that, if there was ever a time for Vacivus to have their “breakout” moment, that time is now.

Make no mistake about it, Annihilism is easily the band’s best work yet (“Shards” in particular is probably one of my favourite Death Metal tunes of the year) and should, with a little bit of luck (and maybe just the right amount of hype) help transform Vacivus from cult favourites into top-tier contenders.