Friday nights are usually perilous for yours truly, and tend to portend ugly Saturday mornings. Last night, however, I was a good lad. After only a moderate amount of drinking to celebrate the end of the work week I made it home at a reasonable hour, only to discover that my spouse had already conked out. With her solidly in the Land of Nod after what had been an exhausting week for herself, I spent a couple of hours listening to new music before conking out myself.

From that experience I picked the following new stuff — a smattering of bigger and lesser-known names, and kind of a weird scattering of sounds and styles that nevertheless made sense to me as a playlist. Whether it will make sense to you is of course a different question.

What do you think of the new Carcass single? Surely you’ve already heard it. As the first new song in six years from one of metal’s most revered names, it escaped the attention of only those who live under rocks. If you’re only now peering from beneath your own rocks, I’d suggest you give it a whirl. 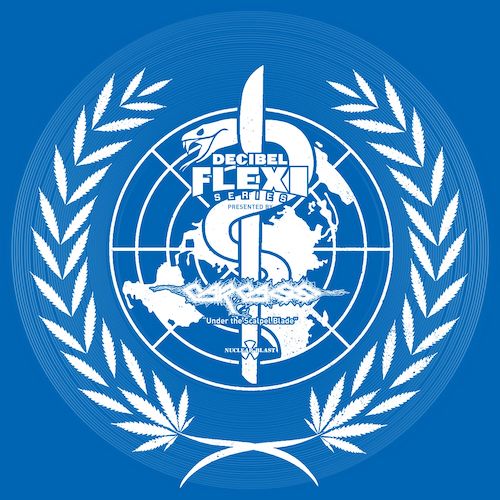 This new single, “Under the Scalpel Blade“, was originally released as part of Decibel’s “Flexi Series” and accompanied the magazine’s January issue (the one with the Top 40 year-end list), but is now more widely available. It was recorded during sessions for the band’s seventh studio album, which will be released at some point in in 2020, but I suppose this single might not be included on the album.

It’s a nasty piece of work, both ripping and brutish, gouging and groaning, weirdly warped and predatorily pounding. Jeff Walker sounds like a rabid demon dog all the way through, but the music switches gears quite often, creating an oppressive atmosphere at some points and given to berserker mayhem at others, with an overarching air of horror. 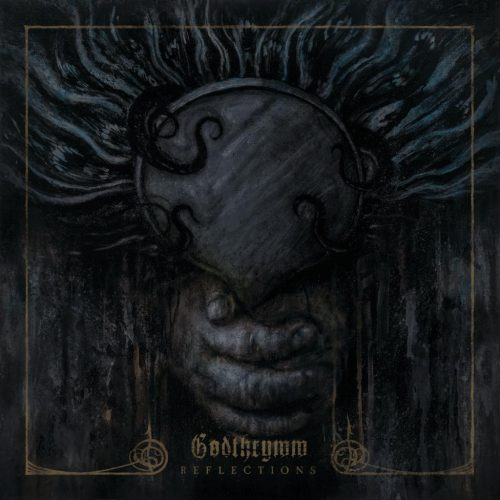 You might remember Godthrymm from their 2018 debut EP, A Grand Reclamation. Since then, vocalist/guitarist Hamish Glencross (ex-My Dying Bride, Vallenfyre, Solstice) and drummer Shaun Taylor-Steels (ex-My Dying Bride, Anathema) have teamed up with bassist Bob Crolla to record their debut album as a trio. That album, Reflections, will be released by Profound Lore on February 14th.

The first single, “Among The Exalted“, should appeal (as my friend Rennie remarked) to fans of Paradise Lost circa Gothic and Shades of God, and of course those of you devoted to My Dying Bride will want to check it out too. It channels crushing wretchedness quite powerfully, and the wailing leads have a preternatural quality, creating a sensation of communion with wraiths. 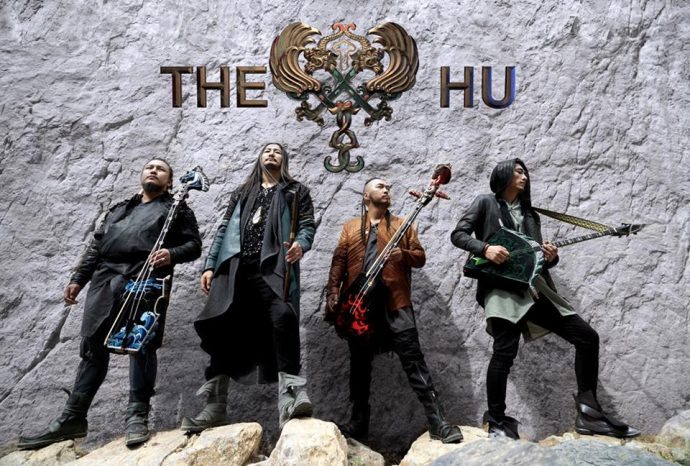 My introduction to this Mongolian folk-rock band came in November 2018 through the video for “Yuve Yuve Yu”, which I found highly infectious and included in another one of these columns soon after discovering it. That song subsequently appeared on The Hu‘s debut album, Gereg. “Wolf Totem” was the second single from that album, also released through a music video, also highly infectious. Now The Hu have recorded a new version of the song, along with a new video, and this time they’re accompanied by a guest vocalist — and it’s none other than Papa Roach frontman Jacoby Shaddix.

I can’t say that I prefer this version to the original, but I can say that the new version works better than I was expecting, and the video is a lot of fun to watch, which I guess is why I watched it three times in a row last night  and then again early this morning. I admit that last night I also listened to “Last Resort” for the first time in about 15 years. 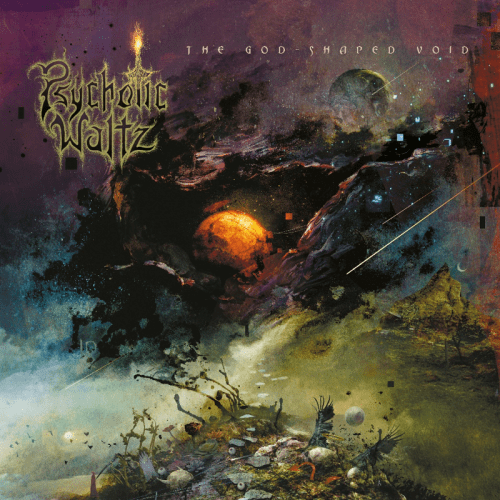 Usually when people say that music has grown on them, it means that the listener’s affections grew with repeated listens. “Devils and Angels” grew on me during the first listen — wasn’t sure what to make of it at first, but was left rapturous by the end. And I came to that conclusion without recognizing the name Psychotic Waltz.

I suppose the reason why the name rang no bells is because when this San Diego-based group released their first four albums between 1990 and 1996, I wasn’t listening to metal (or not very much of it). And yes, there’s been no new music from the band in the 23 years since that last record… until now.

“Devils and Angels” will appear on a new full-length named The God-Shaped Void, which will be released on February 14th by InsideOutMusic. The ambient overture, which includes spectral flute-like tones, is eerie and ominous, and that flute melody turns out to persist as it’s picked up by keyboards when the rhythm section arrives. The song then contrasts rapidly jolting grooves and haunted clean vocals, while also soaring (both instrumentally and vocally).

The mood of the music is deeply sinister, but it’s also quite seductive, creating a mesmerizing effect while also giving headbangers a good neck-workout. The extended guitar solo and the singing near the end are riveting, and so is the momentous grand finale (which really is grand). 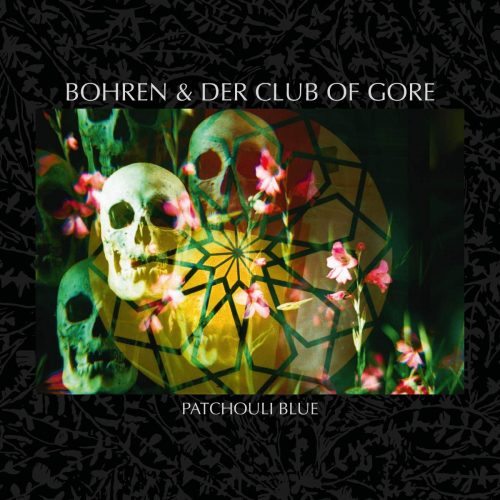 If you’re already feeling a bit off-balance based on the first four tracks in today’s collection, you ain’t seen nothing yet. Wait ’til you hear this new piece by Bohren & der Club of Gore. Granted, it won’t come as much of a shock if you’re already familiar with this German band’s musical proclivities, as revealed through seven previous albums, but “Tief Gesunken” is still a hard turn from what precedes it in this Saturday playlist. The video accompanying the song just makes the experience all the more surreal.

But the music is pretty surreal by itself. It combines a variety of spooky ringing tones, shimmering vibrations both deep and luminous, and slow, sultry saxophone melody, pulling us around midnight urban corridors into a strange dimension that suddenly no longer seems entirely familiar.

“Tief Gesunken” is the second advance track revealed so far from the band’s eighth album, Patchouli Blue, which will be released on January 24th by Ipecac Recordings. You can find the first one, “Sollen Es Doch Alle Wissen”, here. 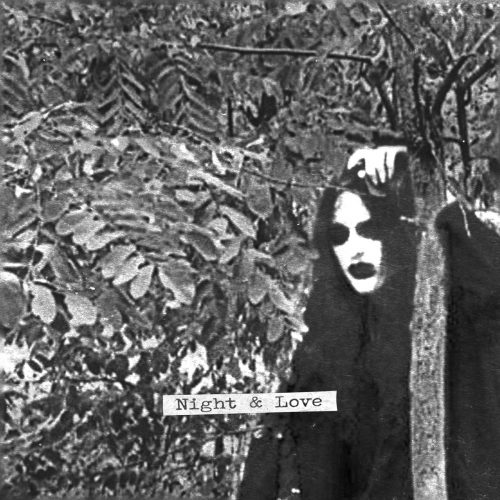 To close this collection I decided to get a head start on tomorrow’s SHADES OF BLACK column by including some black metal. There is a chance, however, that the following album will in itself be the SHADES OF BLACK column — I’m going to a holiday party tonight that I expect to go very late, and Sunday may be a wasteland inside my head, assuming I make it home at all. You can’t really expect me to be a good lad for two nights in a row!

Despite the umlauts, Këkht Aräkh is a one-man black metal project from Mykolaiv, Ukraine, founded by Crying Orc in 2018. Night & Love is the name of this debut album, which was released on December 1st. An EP (Through the Branches To Eternity) with a December 2018 release date is also on the Këkht Aräkh Bandcamp page.

As the album title may suggest, this is indeed “romantic black metal”. Exactly what that phrase might mean here doesn’t have a single answer, but becomes clear in at least one of its manifestations in the second track, which plays first in the Bandcamp stream. “Elegy For the Memory of Me” presents ugly goblin snarls and shrouds of guitar abrasion, relentlessly hammering drums and low humming bass, and thin ticking cymbals that cut through the lo-fi shroud. But what sets the song apart in surprising fashion (and gives the music its romantic cast) are the dreamlike keyboard notes, which gleam with ethereal light, and the moon-lit acoustic picking at the end.

The combination of rough and raw black metal that pulls from the early ’90s and eerie melodic accents reappears elsewhere in the album, though tracks like “Night”, “Love”, and the closer “….And Never Ends (Eternal Love)” forego black metal altogether in exchange for more hypnotic and chilling sensations. In other tracks the mesmerizing and medieval-sounding acoustic guitar melodies exemplified in “Elegy…” also reappear, and acoustic guitar plays the lead instrumental role in “As the Night Falls…”, “Mysteriet Med Svartfiolett”, and “Forever Night Castle of Love”, the latter of which features singing rather than snarling, though folk-like strumming is equally in evidence.

Moreover, while there is certainly a melancholy atmosphere to those melodic motifs, which at times are even spookier (and more feverish) than what you’ll hear in “Elegy”, I wouldn’t call this “depressive black metal”. It’s so otherworldly, and so continually alluring and sensual (and sinister), that it might be more apt to think of it as vampyric.

(Thanks to Miloš for introducing me to this album.)