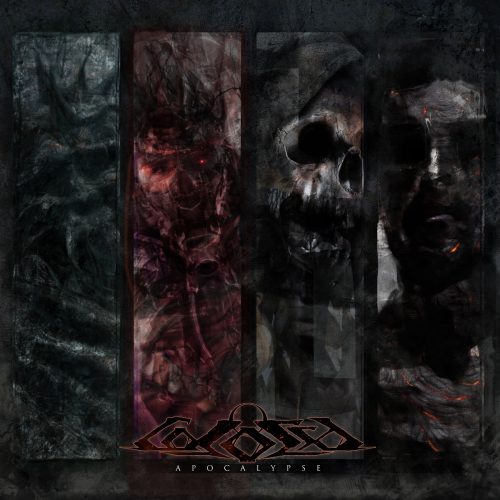 Visions of the Apocalypse have become one of the thematic staples of Death Metal, and for understandable reasons. For a genre of music that itself bears the name Death, and whose musical ingredients are capable (in the right hands) of creating sensations of destruction on a massive scale, the linkage is a natural one. But not all death metal bands drawn to the imagery of Revelation have explored the themes as thoroughly as Colosso has done on this Portuguese band’s newest release, or have so powerfully translated those horrifying visions into sound.

Entitled Apocalypse, Colosso’s new record consists of four tracks, each named for one of the Four Horsemen of the Apocalypse, who in the prophecy of Revelation were set loose to ruin the world as harbingers of the Last Judgment. Today we’re premiering the opening track “Pestilence” in advance of the record’s release by Transcending Obscurity Records on February 14, 2020. 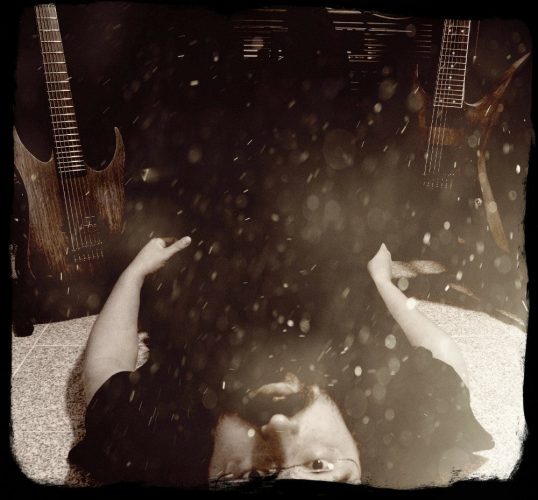 The guiding creative force behind Colosso is vocalist and multi-instrumentalist Max Tomé, and on this album he performs guitars and keyboards, as well as vocals on the third track “Death“. Aiding him in this calamitous cause were drummer Robin Stone (from the band Norse) and bassist Alexandre Ribeiro (Grog). In addition, Tomé recruited different vocalists from the Portuguese underground for the other three tracks — Diogo Santana of Analepsy for “Famine”, Sérgio Afonso of Bleeding Display for “War”, and Guilherme Henriques of Oak and Gaerea for the song we’re presenting today — “Pestilence“.

That song immediately creates an oppressive atmosphere, and a palpable feeling of encroaching… pestilence… through a combination of monstrous guttural roars and gravel-throated howls, slowly paced and skull-crushing drum and bass, and eerie, dismal, and dissonant chords. The music seems to be a foreshadowing of the disease to come, which begins its decimation through a flurry of kick-drums and the crack of the snare, and through riffing that becomes a boiling menace, as the bass begins to pulse like a blood stream in a fever.

The pace slows again, and the music seems to weep and moan, but again becomes more feverish as the fretwork and keys transform into a frenzy of darting and writhing sound, undergirded by jolting rhythms, and driven to further heights of madness by Guilherme Henriques‘s cruel roars and wretched shrieks, before devolving again into a morass of queasy, misery-inducing dissonance and stomping, lead-weighted bass-and-drum blows.

At the end you’ll hear the the wail of air-raid sirens and bursts of automatic weapon fire… which is the beginning of a segue that carries over into the intro of the mauling and murderously destructive extravagance of “War”. Fortunately, that track has already been revealed, and so we’re including a stream of it along with our premiere of “Pestilence”.

The design and layout for Apocalypse were created by Phlegeton Art Studio (Lifelost, Wormed), and it was mixed and mastered by Max Tomé. Transcending Obscurity recommends Apocalypse for fans of Norse, Morbid Angel, Fear Factory, Nile, Strapping Young Lad, Incantation, Meshuggah, and Suffocation. The record is available for pre-order in a variety of formats, and you can find more info about those here: