That album was the beginning of a concept that reaches its conclusion on the band’s fourth album, …In Stille, which will be released by Hypnotic Dirge Records on January 24th. The first song I’ve selected for today’s collection is one from the new Frigoris album that was revealed just yesterday, and it makes a powerful first impression of the new record. 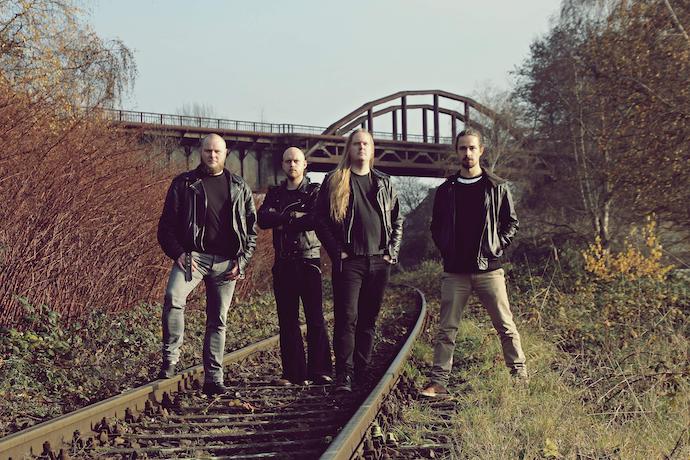 This new song, “Aurora stirbt“, once again proves the ability of Frigoris to take the listener on a gripping emotional journey. The opening melody, created by beautiful glistening notes, is ethereal and spellbinding — but takes a different shape, much more fiery and indeed despairing, when the drums begin racing and the guitars pick up that melody and send it soaring. The throat-scraping vocals are a match for the music’s intensity, channeling a wrenching wretchedness.

The chiming and glinting melody that surfaces in the midst of the turmoil betrays a feeling of yearning, and when the rhythm section slows, the melody becomes even more heart-breaking — but also beautiful — and then transforms again, into a soft and haunting reverie, like the slow rippling sound of mist-covered, moonlit water.

When the drums return once more to give the music a rejuvenated vibrancy, other sounds also become manifest, chief among them a gorgeous weeping portrayal by what sounds like a cello. But the band choose to approach the end of the track by sending us rocketing aloft again, all instruments bursting together in a lush and rapturous crescendo. The music remains unmistakably melancholy, but it swells the heart as well as breaking it… leaving only the loneliness of glinting, mystical tones behind.

…In Stille features amazing cover art painted by Sarah Winter, who also did the cover artwork for Nur ein Moment…, and it’s available for pre-order now: 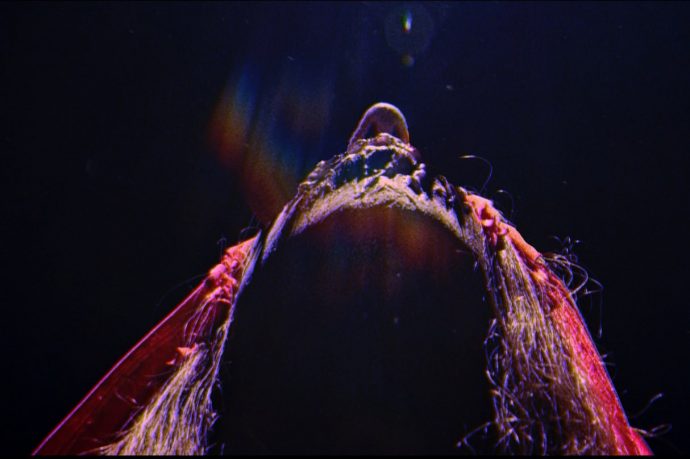 From that last song we’re moving into much more pitch-black and deeply menacing territory with a disturbing new video for a song by the occult Belgian black metal horde Enthroned, who have been long-time favorites here at our putrid site.

The song in the video is “Aghoria“, and it’s taken from the band’s latest album, Cold Black Suns, released last June by Season of Mist and reviewed by Andy here. About it, the band gave this comment: “Eat the Flesh of the Dead, meditate within the Necrosphere and give birth through Garuda to a new incarnation of Mahadev… Vashikaran muth karni Black Magick bring you the official video clip from our Cold Black Suns album…’Aghoria.'”

Credit goes to Guilherme Henriques for directing the video, and to Enthroned for the art direction. It’s a beautifully made creation and riveting to watch, though the figures in it are inhuman, and the occult events portrayed in it make the blood run cold. The music has that effect too. 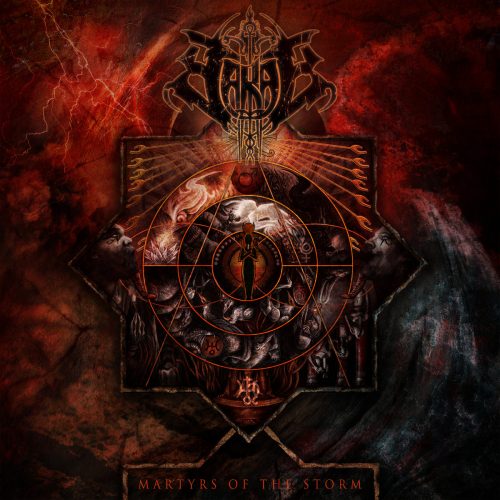 Through a combination of surprise and glee, I nearly fell out of my chair when I saw that a release date had finally been set for a new album by the Egyptian death metal band Scarab.

About a year ago they released a lyric video for a song called “Circle of Verminejya”, which was to be included on a new album named Martyrs of the Storm. The album was then described as a nine-track record that would include participation by a number of notable guest artists: Joe Haley (Psycroptic), Karl Sanders (Nile), Tarassenko Nikita (The Contradiction), Amducias Baal (Temple of Baal), Stephen Moss (Onsetcold), Achraf Loudiy (Aeternam), Paul Nazarkardeh (De Profundis/Formicarius ), and Arran Macsporran (De Profundis/Virvum)

Unfortunately, time passed and I lost track of what had become of the album. But just a few days ago I got a Bandcamp alert that ViciSolum Records had just published a page for Martyrs of the Storm on Bandcamp. According to that page, the album will at last be released on March 5, 2020. That’s still a long way off, but at least we now have another song to enjoy from the album. This new one is “Coffin Texts“, and when you hear it you will understand my feeling of gleefulness at the return of Scarab.

The song is absolutely entrancing, thanks to the mysterious serpentine melodies that spawn visions of the band’s ancient and exotic homeland, but the song is also a jolting, battering, high-speed onslaught of ravaging ferocity. The deep, roaring vocals are absolutely bestial, the drumming will drop your jaws, the swirling and swaying arpeggios are sorcerous and soulful, and the music climbs to majestic heights even as it blasts like a sandstorm and spins in a frenzy, like a cyclone of fire. The outro music, which is itself mystical and hallucinatory, makes for a perfect ending. 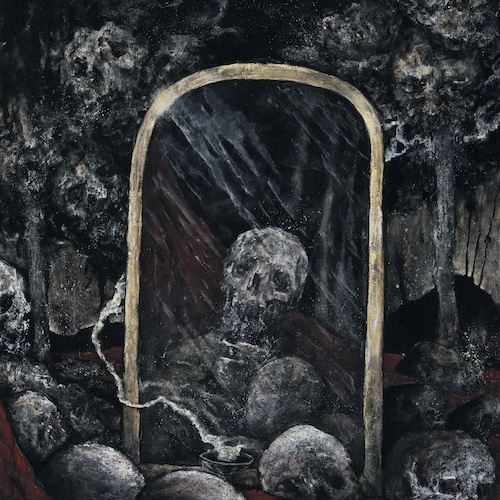 The final song I picked for today’s round-up comes from Attunement to Death, a new six-track EP by the occult Chilean black/death band Invocation that’s set for release by Iron Bonehead Productions on February 21st. The cover art is great, and was created by Abomination Hammer, and the first song from the EP is damned good too.

The name of the song — “Flying Ointments” — might seem peculiar for a song as titanic as this one, which strikes with near-overpowering intensity. There’s a dismal, doomed, and tormented quality to the dense, hornet-swarm riffing and the tortured vocal howling, and a maniacal abandon in the ways in which the drumming mutates as the song proceeds. Invocation also lace this soul-slaughtering sensation with filaments of eerie melody that enhance the music’s esoteric aspects, and break into pulverizing stomps that deepen the atmosphere of menace, cruelty, and hopelessness. Damned good stuff!

One Response to “SEEN AND HEARD: FRIGORIS, ENTHRONED, SCARAB, INVOCATION”