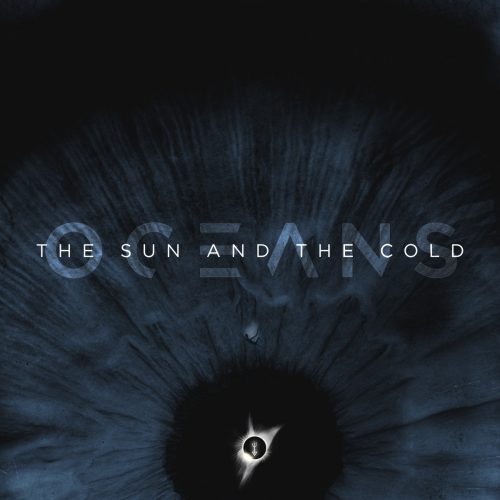 (Here is Andy Synn‘s review of the debut album by the Austrian-German band Oceans, released by Nuclear Blast on January 10th.)

Remember a few years back when the term “Black Metal” became so “hip” that pretty much every album released was getting referred to as “Blackened” this or “Post-Black” that… regardless of what the music actually sounded like?

Well it looks like it’s the turn of “Post Metal” to be 2020’s most wildly (and wilfully) misapplied label, as it’s only been a few weeks of the new year and I’ve already encountered numerous promo emails, press releases, and reviews touting anything with the barest hint of atmosphere or quiet/loud dynamic as being part of the resurgent “Post-Metal” zeitgeist.

Of course, you know what they say, never ascribe to malice what could be explained by ignorance (or laziness), and while this misguided (not to mention misleading) use of the term “Post Metal” by various writers/reviewers does little more than betray their lack of knowledge (or their desperation to jump on the latest bright, shiny bandwagon), some of the blame must also fall on the labels and bands themselves – including the subject of today’s review – for misusing the term in the first place.

All of which, I suppose, is just a long-winded way of saying that if you approach The Sun and the Cold expecting something in the vein of Isis, Neurosis, Cult of Luna, etc, then you’re going to be very, very disappointed (and probably a little confused too).

But if you go into it expecting some highly polished, hyper-modern (and ridiculously catchy) Melodeath then you’re far more likely to enjoy the experience! 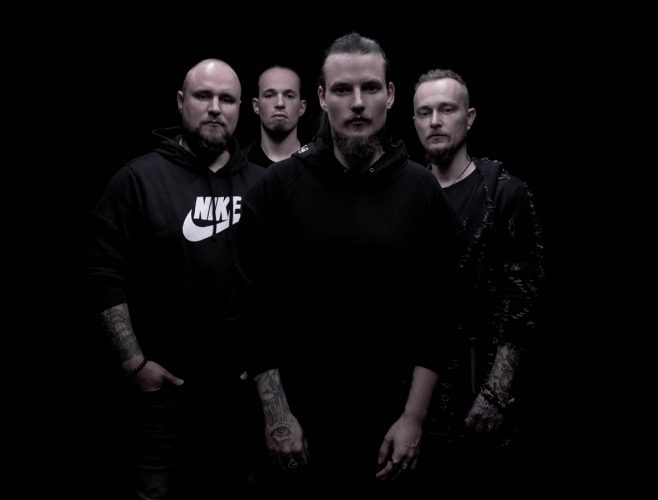 At its very best (most of which is front-loaded towards the album’s first half), The Sun and the Cold recalls the bold, bombastic approach of the much-missed Before the Dawn, all streamlined, punchy riffs, heart-tugging melodies and irrepressibly infectious vocal hooks (both clean and harsh).

Songs like the opening title-track, the suitably moody “Dark”, and the brilliant “Shadows” (to select just three of the record’s early highlights) do their best to show off the band’s mastery of this particular style, blending outsize energy and genuine, guileless emotion in a manner that’s both impressively dynamic and shamelessly melodramatic at the same time.

As a matter of fact it’s this very shamelessness which makes so much of The Sun and the Cold such a joy to listen to. There’s absolutely no cynicism, no sense of jaded irony, to catchy, chorus-driven cuts like the anthemic “We Are the Storm” or the short-but-sweet “Take the Crown”, and the band are clearly having just as much fun with (and putting just as much effort into) the hookier moments of these tracks as they are the heavier ones.

Granted, the second half of the record isn’t quite as strong, and there are several moments throughout the album where Oceans (arguably) let their Nu-influences take over a little too much – both the last two songs in particular cross the line from “introspective” into “navel-gazing” very quickly, with closer “Hope” being especially generic in both style and structure – but even here there are moments of brightness worth singling out.

Both the death-ballad of “Paralyzed” and the brooding “Legions Arise”, for example, remind me of the best moments of post-millennial In Flames during their Soundtrack…/Come Clarity period – albeit with stronger vocals and more moments of what some might consider “proper” Metal riffage – while “Polaris” recalls a blend of latter-day Ghost Brigade and the Nu-Gothenburg stylings of a band like Engel or Gardenian (remember them?) without being too sappy or schlocky in the process.

Of course, none of this is going to convince any of the truer-than-true, holier-than-thou types to give this album a chance. In fact just the mere mention of the words “In Flames” has probably sent most of them scurrying off with their patch-jackets clutched tightly to their chests, vowing never to darken our doors ever again.

But the truth is that, despite the perennial uncoolness that these references and comparisons suggest, I see a very bright future ahead for this band.

For one thing they’ve been signed to Nuclear Blast for the release of this record, which is very promising for their future prospects indeed, and, for another… well, they may not be doing anything revolutionary, but what they are doing they do very well indeed, and clearly do so with a lot of conviction, something which comes through very clearly on this album.

So if, like me, you’ve been hankering for something to fill that gaping, Before the Dawn-shaped hole in your heart – and don’t mind a little bit of extra nu-melodrama flavouring on the side – then give this one a listen.

Just don’t trust anyone who tries to call this “Post-“ anything. Simply report them to the appropriate authorities and the matter will be dealt with.

2 Responses to “OCEANS: “THE SUN AND THE COLD””