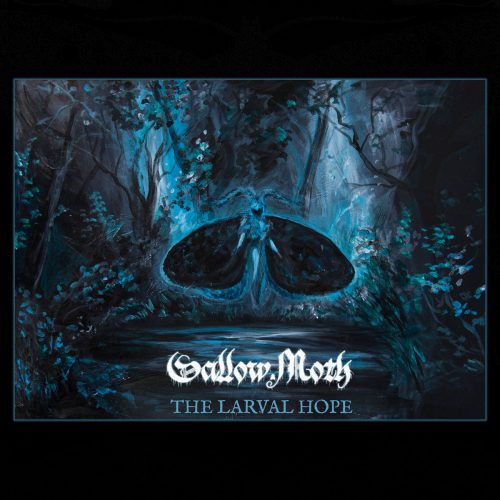 (The Texas-based death metal band Sallow Moth has followed its Deathspore EP with a continuation of the tale begun there. The band’s debut album was released on January 15th, and Andy Synn reviews it here.)

The existence of so many great one-man-bands (the multi-instrumentalist recording-project types, not the “banjo-bass-drum-harmonica” types) has always been a perplexing puzzle to me.

As someone who enjoys, and craves, the stimulation (and frustration) of collaboration when making music I just can’t quite get my head around what it must take to be willing, and able, to go it alone.

Heck, one of the reasons I’ve never gotten my own still-as-yet-unrealised Black Metal project off the ground is that I’ve never found the right collaborators/co-conspirators to work with!

But I remain immensely fascinated, and impressed, whenever I stumble across an album whose high quality can only be attributed to the efforts of a single individual, especially in cases like this one, which is giving off some major Blood Incantation/Mithras/Slugdge vibes. 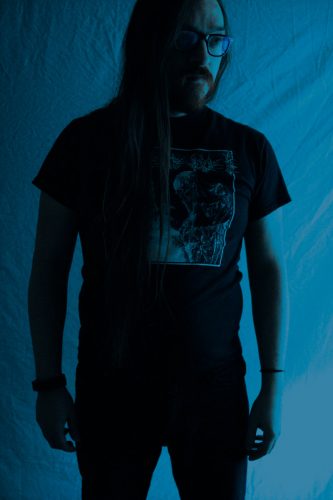 It only takes a few bars of attention-grabbing opener “Noxious Revival” to realise that the sound of Sallow Moth is firmly rooted in classic Death Metal (think seminal acts like Death and Morbid Angel – albeit with more of a focus on the latter than the former) but you’re apt to just as quickly realise that the approach taken on The Larval Hope (the band’s long-gestating debut album) doesn’t just rely on throwback thrills to achieve its goals.

Instead, what you’re presented with as the album progresses – from the hooky riffs and proggy complexity of the Slugdge-y “Death Mutation vs Metallurgic Summonings” through the Mithras-esque mix of melody and metallic bite of “The Larval Hope” to the Blood Incantation-style bombast of “Temporal Trespass” – is a record which, much like its more (in)famous siblings, embraces a sense of subtle modernisation and hard-earned (and hard-learned) evolution which pays full tribute to its roots, without being defined or constrained by them.

Of course, as you might have gathered, The Larval Hope doesn’t sound wholly original, despite its best intentions, but it does find itself in some very rarefied and exclusive company all the same, and the band’s mutli-instrumental mastermind, Gary Brents, clearly has a very specific vision for this project (both The Larval Hope and its predecessor, 2018’s Deathspore EP, form part of a larger, eco-sci-fi concept arc) which I hope he continues to pursue and expand upon for a long time yet.

This really is a very good (albeit a little short) album, one which epitomises and combines some of the very best aspects of Death Metal – the bold, infectious riffing, the primal, uncompromising energy, the deep-rooted respect for the genre’s legacy and history – with a more forward thinking and subtly proggy outlook which prevents it from ever becoming stagnant or sluggish.

As good as this album is though, I fully expect even better things to come from the project in the future, and look forward to welcoming our new gossamer-winged overlords upon their arrival.