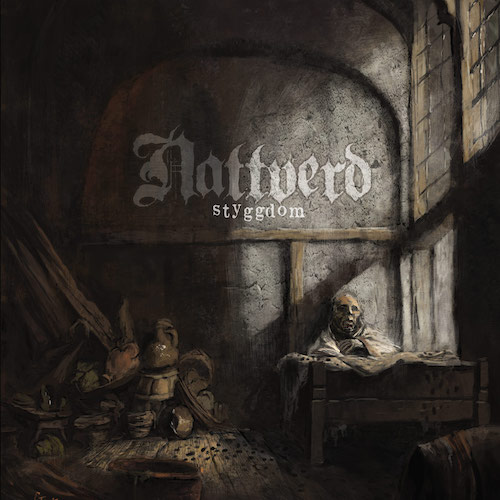 In the summer of 2017 we had the good fortune to premiere a full stream of Vi Vet gud Er En Løgner (We Know God Is A Liar), the debut album by the Norwegian band Nattverd, which we introduced with these words: “Seemingly out of nowhere comes one of the best black metal albums of 2017, one that is simultaneously rooted in the decades-old traditions of cold Norwegian black metal and yet so vibrant and multifaceted, and so sure-handed in its songwriting and execution, that it breathes new life into the sounds”.

Today we are equally fortunate to premiere the remarkable full-length follow-up to that great debut. The new album is named Styggdom, and it will be released by Osmose Productions on January 31st. 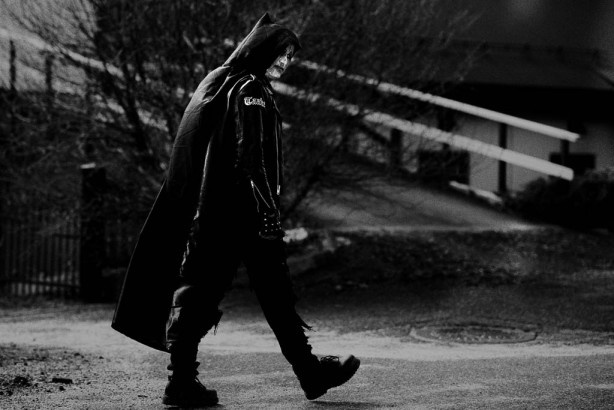 At nearly an hour in length spread across eight tracks, Styggdom is a substantial work, and a multi-faceted one, produced in a way that achieves icy clarity of sound without in any way undermining the feeling of unbridled mayhem that the music so often channels with great intensity.

The first track, “Slakt Dem, Der De Loeper Hodeloese Rundt Baalet“, is a powerful opening statement that provides a vicious and vibrant preview of what the entire album holds in store. It will get your adrenaline pumping and your blood rushing right away, enveloping the senses in a wild fury of ravaging riffs, blasting percussion, and completely unhinged vocal extremity — but the song also moves quickly into a compulsively headbangable second sequence that rocks with infernal lust.

The vocal variety in the song is notable, as is the extravagant, neck-wrecking energy of the drumming, and while the track is mainly a bloodthirsty black-metal conflagration, it continues to change, introducing martial snare patterns and a dark and dismal melody that’s chilling to the skin. That melodic riff persists even as the song builds again to a ravaging assault.

As you make your way from there through the rest of the album, Nattverd continue to revel in creating dynamic songs that are loaded with head-hooking riffs and physically compulsive rhythm-section work, affording plenty of opportunities to rock out, but also preserving an overarching atmosphere of sulphurous savagery, venomous malice, and crushing despondency. The unrelenting madness of the vocals (which include splintering shrieks, goblin snarls, bestial croaks, sadistic tirades, wretched wails, and much more) has a lot to do with that atmosphere of primeval barbarism, as do the bursts of bullet-spitting kit-work, the furious bass lines, and the torrential swaths of slashing and scything riffs.

Apart from the pure blood-rushing energy of the songs and their moments of firebrand fury, Nattverd also thread them with trilling melodic leads that leap out of the songs with great vitality but are also unmistakably bleak and haunted, harrowing and hopeless. The degree of anguish and melancholy in these melodic accents is part of what makes them so memorable and emotionally affecting, even when they arise in the midst of rampant fury. 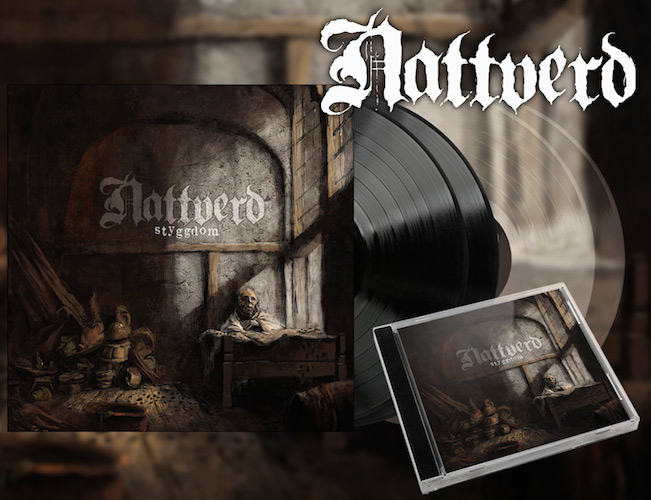 In addition, the band make the album as a whole a dynamic experience by creating contrasts between the way some songs end and others begin (the cold, horror-stricken openings of “Skoddeskot” and “Gamle Erik” are prime examples), and by giving the songs their own character, adding passages that channel infernal majesty, poisonous ecstasy, nightmarish fear, and swaggering, carnal lust. In addition, the album’s longest song (“Heksebrann”) includes a dramatic speech in female and male voices, paired with a dolorous but mesmerizing guitar melody and a pulse-pushing bass line, that together make the track a stand-out.

And it bears repeating that this is an album that will leave you with sore neck syndrome, because the band regularly break out riffs and rhythms that are irresistibly head-moving.

For an album of such significant length, there really are no weak links among the tracks. It’s a continuing thrill to discover what Nattverd will do within each song to move among moods, and to set new hooks in the head (just paying attention to how AntiChristian varies his inventive and continually morphing drum patterns is a riveting pasttime all by itself).

And so, while Styggdom is faithful to the great traditions of Norwegian black metal, the songwriting and performances are at a very high level, providing an amalgam of fire and ice that’s emotionally powerful, physically arresting, and quite memorable.

5 Responses to “AN NCS ALBUM PREMIERE (AND A REVIEW): NATTVERD — “STYGGDOM””