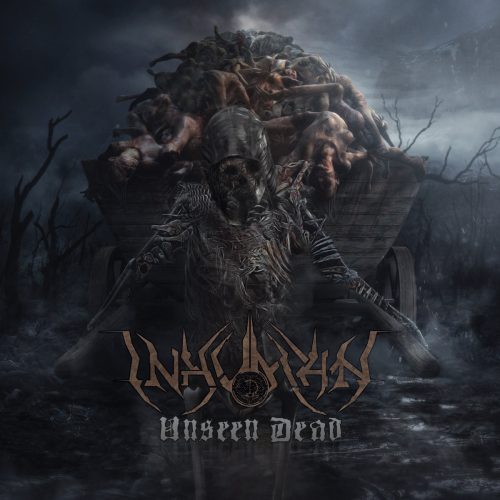 At some point in the past, I forget when, one of my NCS comrades argued within our group that we should be more careful in our description of a certain sub-genre of death metal, to make clear that it’s really not a single monolithic sub-genre at all.

If memory serves, he contended that the term “tech-death” should be reserved for bands (many of whom are in vogue these days) who rely on blizzards of frantically discharged, maniacally veering notes and hyperventilating drum work, i.e., the kind of stuff that seems mainly designed to showcase speed and dexterity, everything dialed up to 11, without necessarily producing anything coherent — and sometimes forgetting the DEATH METAL part of the genre descriptor.

On the other hand, he argued, the term “technical death metal” — or as I might call it, technical DEATH METAL — should be reserved for bands who are really death metal groups at heart, with all the gruesome savagery that term usually connotes, but accent their barbarism with technically impressive accents, and do so in service to actual structured songs rather than just putting on chaotic displays of instrumental pyrotechnics.

Which brings us to Inhuman from Costa Rica. 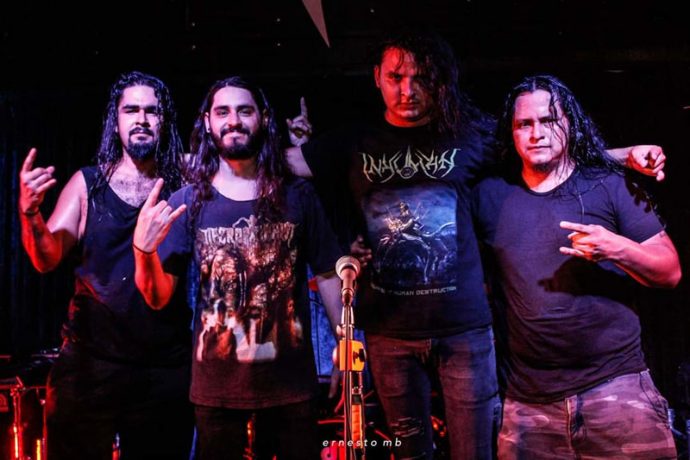 If we follow the nomenclature described above, Inhuman are definitely a technical DEATH METAL band, more in the vein of such groups as Suffocation, Cannibal Corpse, and Malevolent Creation than the current darlings of the “tech-death” scene.

Inhuman‘s new album, Unseen Dead, powerfully proves this point, as you’ll discover from the song we’re premiering today off its eight-song track list, which is presented through a video collage from the band’s stage performances and studio work.

To be sure, “Careful What You Fear” was written in a way that requires an impressive level of technical skill in its execution. It’s accented by synchronized micro-pauses, start-stop rhythms, fleet-fingered fretwork, and sharp tempo changes. It also includes an unexpected but completely enthralling solo by bassist Kevin Moran, as well as other interesting bass permutations elsewhere. And the drumming is constantly inventive, perhaps especially noticeable in the fills that drummer David Salazar crafts when the guitars are gouging and mauling.

And yes, the guitar work of Jonathan Sanchez includes plenty of eviscerating, tremolo’d savagery, delivered with a cruel grinding tone. And Sergio Munoz‘s vocals are equally ferocious and brutally ravaging. The song is a nasty, blood-lusting assault — most definitely DEATH METAL — but unquestionably more interesting because of the instrumental technicality, which is an integral part of the frenzied viciousness of the song rather than an audition for some kind of instrumental Olympics.

Apart from our appreciation of the music, we’d also like to give a big round of applause to JL Rey, vocalist of the spectacular Spanish band Wormed, who created the album’s fantastic cover art at his Phlegeton Art Studio, and to Jonathan Sanchez, who produced, recorded, and mixed the album at Inhuman Studios, and Esteban Rojas at CISMA Producciones, who mixed the album.

Unseen Dead will be co-released on March 15th by GrimmDistribution (Ukraine) and Sevared Records (USA). It will be available in a jewel-case CD edition with a 6-page booklet, as well as digitally. Pre-orders are open now.

And finally, we’ve included a stream of the record’s title track, which is a free download at Bandcamp, and a previously premiered lyric video for “The Last Prophet“, in addition to our premiere of “Careful What You Fear“.

2 Responses to “AN NCS VIDEO PREMIERE: INHUMAN — “CAREFUL WHAT YOU FEAR””