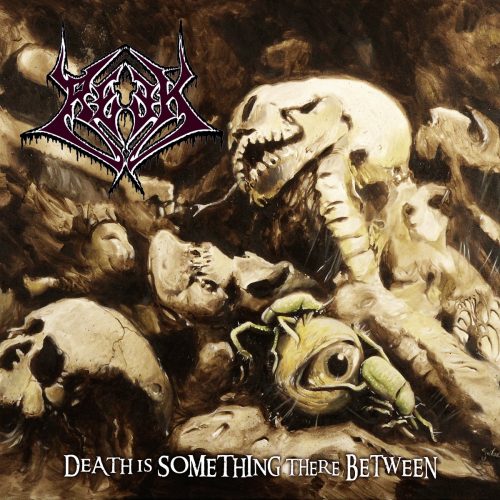 Probably ’til the end of times, fans of old Entombed will debate the merits or demerits of the band’s movement from Left Hand Path through Clandestine and into the “death ‘n’ roll” of Wolverine Blues. But it’s clear that the Swedish band Reek don’t mourn that transition but instead celebrate it, as you’ll discover through today’s premiere of a track from their debut album, Death is something there Between, which will be released by Testimony Records on April 24th.

A debut album it may be, but the members of Reek are accomplished veterans. Leading the way are Håkan Stuvemark (Wombbath, Pale King) and Rogga Johansson (too many bands to name), who have collaborated before in the progressive death metal band PermaDeath. Here, Stuvemark and Johansson both play guitar, and this time Stuvemark is also the vocalist. They’re joined in Reek by their PermaDeath teammate Jon Skäre (also Defiatory, Wachenfeldt) on drums and by bassist Mathias Back (Fimbultyr).

With that kind of talent assembled under the name Reek, listeners will predictably have high expectations, and those expectations will not be disappointed. 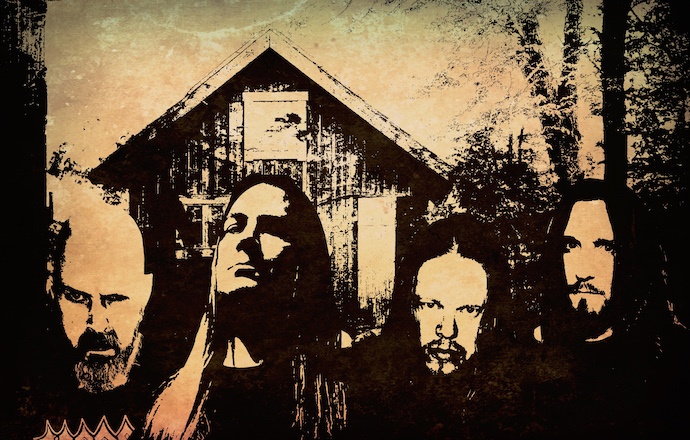 The song we’re presenting today, “Condemned by the Hands of Pain“, is as much hellishly good fun as you can have with your pants still on. It gets the adrenaline surging right away, delivering battering snare rhythms, a raucous, roiling mass of filthy chainsaw riffage, bone-mangling bass, and a brutally savage voice uttering imperious proclamations. The band also inject some jackhammering chugs that are sure to get heads moving, and a fleet-fingered, flame-spewing guitar solo by Stuvemark to add to the song’s air of rocking, rampaging, and reeking madness.

Reek don’t hide the influence of Entombed’s mid-’90s records — they revel in it, and the music will make fans of that good old death ‘n’ roll want to revel too. 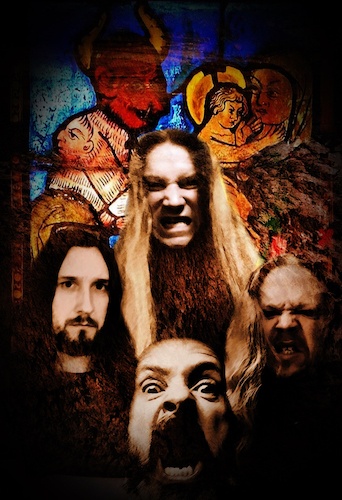 Death is something there Between was mixed by Håkan Stuvemark at Studio Nostalgica and mastered by Thomas Von Wachenfeldt (Wombbath, Wachenfeldt) at Bowstead Studios. The painted cover art was created by SV Bell, known for his work with the likes of Amorphis, Rotting Christ, Kataklysm, and Impaled Nazarene (among others).

Testimony Records will release the album on vinyl, CD, and digitally, and pre-orders for all those formats are available now: