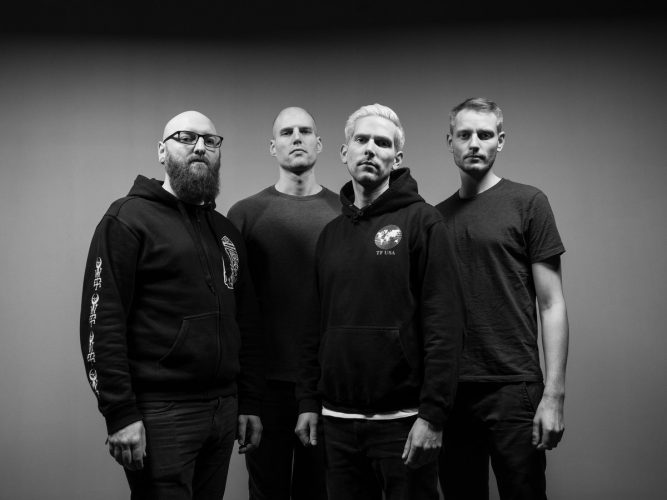 So, something for (almost) everyone really. 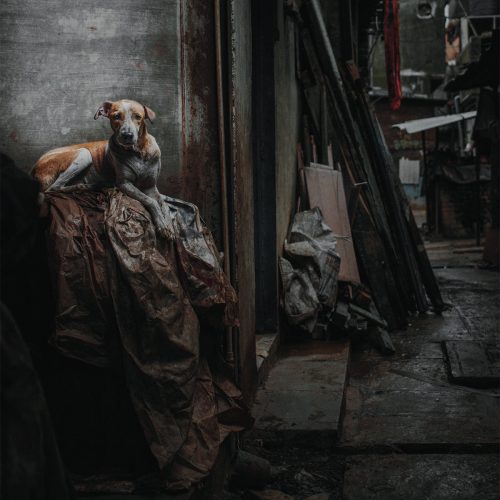 The debut album from Germany’s Cremations is one of the hardest-hitting slabs of Metal-skinned Hardcore which I’ve encountered in quite some time, kicking off with the uber-aggressive, angrily anthemic strains of “Nothing” and then barely pausing for breath over the course of the next nine tracks/twenty-something minutes.

The comparisons to Trap Them and their ilk are certainly apt, as the Cremations crew definitely deal in a similarly intense and riff-heavy form of musical mayhem, with just the right amount of grit and groove to keep things as cruelly catchy (“Beneath the Soul”) as they are crushingly cathartic “(Safe and Secure”).

The drum work in particular (courtesy of ex-King Apathy drummer Hannes) is especially frantic, all rapid-fire, wrist-snapping fills and pummelling kick patterns (with the occasional strafing blastbeat thrown in for good measure), and while the guitars don’t just deal in brute force, showcasing some nimble-fingered fretwork and dashes of miserable melody here and there, it’s impossible to deny how truly punishing tracks like mid-album powerhouse “Broken  Shell” and viciously heavy highlight “No Salvation” are.

In fact this second half/latter-two-thirds of the album is, if anything, even more furious, even more ferocious, than its savage beginnings would suggest, meaning that by the time the blistering, bile-spitting title-track comes to an end you’ll probably be glad of the opportunity to rest your bruised and bleeding brain for a little while! 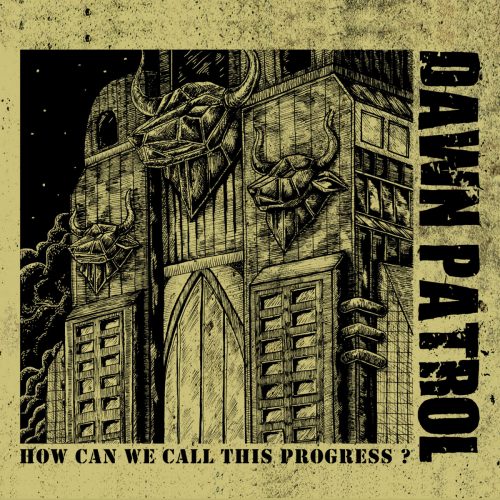 DAWN PATROL – HOW CAN WE CALL THIS PROGRESS?

With a name like Dawn Patrol you might expect this Tennessee trio to lean more towards Thrash than Hardcore, and while there’s the occasional moment where this is true – such as during the frenetic “We Call This Progress?” and the chunky intro to “Foundations Crumble” – the album as a whole is more reminiscent of the angular punkiness and barely controlled chaos of artists like Converge, etc.

Whether it’s the spasming sonic sadism of “Moloch”, the short, sharp, grind ‘n’ groove of “System”, or the chatter and chug of “Zero Tolerance”, Dawn Patrol are one of those rare bands whose bite-sized portions of piss and vinegar are almost as satisfying as a full meal, the three-piece spitting out spiteful riffs and reckless, rampaging drum work with such vim and vigour that stretching these songs out any longer would probably rob them of much of their impact.

That’s not to say they aren’t capable of holding their own over longer periods of time of course – at four minutes and twenty-one seconds in length “What Came Up…” displays a weirder, proggier side of the band that I’d definitely be interested in hearing more from in the future – but Dawn Patrol’s real strength is the way they ride the razor’s edge between  focussed aggression and pure anarchy, with the tumultuous, twisted technicality of tracks such as “Free Market Warfare” and “Chemical Lobotomy” being perhaps the very best expression of this brutal balancing act.

The term “Blackened Hardcore” has become something of a popular buzz-word in recent years, there’s no doubt about that. But just throwing in one or two tremolo runs or an occasional blastbeat shouldn’t be enough to grant a band membership to this exclusive club.

No, there should be something more, a blackness, a bleakness, a grimness, necessary to earn this particular moniker (in my opinion anyway).

Whatever it is, though, Italian hellions LaCasta already have it coming out of every gaping orifice, and In Æternvm, is just as much a savage, stripped-down Black Metal album as it is a rebellious, rage-fuelled Hardcore record.

Songs like early stand-out“Sculptors of a Colossal Failure”, the menacing (and massive) “Black Mold”, and the raging “Lifeless” are equal parts Immortal and Integrity, Dissection and Deadguy, Marduk and Minor Threat, while other tracks – such as the utterly humongous “In Silenzio Con Lo Sguardo Fisso Sul Muro”, and the merciless “Descent Towards Depths” – display a knack for blending grinding intensity and melodic malice worthy of Anaal Nathrakh.

Through it all, however, the band’s scorched-earth assault on the senses keeps them one step ahead of the pack, dodging their detractors and bulldozing any accusations of unoriginality through sheer force of will and pure, unadulterated, aggression, and, by the time that ominous, oppressive closer “Taste of Power” finally winds down in a squall of dread-inducing distortion you’ll find that LaCasta have not only significantly raised the bar for “Blackened Hardcore” but have also left the majority of their peers dead in the water too.