The Hungarian black metal band Aetherius Obscuritas are certainly capable of mounting musical assaults of cut-throat savagery and spine-tingling wildness, but what makes their new album Mártír stand out from the barbaric pack is, for want of a better word, their adventurousness. The compositions are elaborate and multi-faceted, and the results can seem like musical potions that produce enthralling as well as electrifying effects. The song we’re premiering today, “Ilyen a vér (Blood Is Like This)“, is a great example of such ingeniously conceived and sharply executed adventures.

The core duo that makes up Aetherius Obscuritas, Viktor (vocals, guitars, bass, keyboards) and Zson (drums) have been working together under that name for roughly 18 years, long enough to become familiar with each other’s talents and propensities but quite obviously not so long as to settle into stagnancy. In that time they’ve recorded eight albums, including Mártír, but still seem to be pushing themselves into new musical territories, perhaps most obviously on this new album. It follows the last one by a significant five years and will be released on April 15th by GrimmDistribution (Ukraine) and Paragon Records (U.S.). 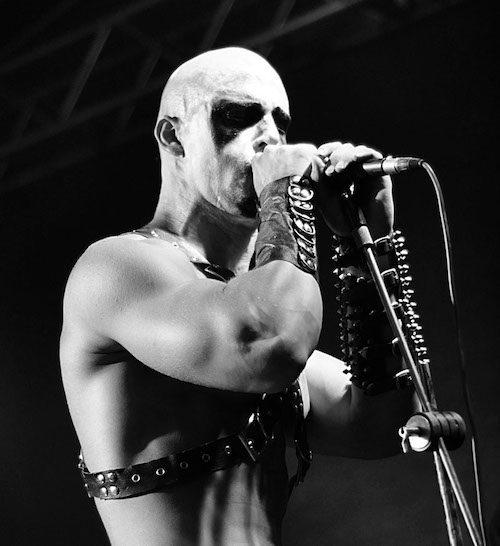 “Ilyen a vér (Blood Is Like This)” really is a richly textured and pleasingly variable experience that proves to be strongly charismatic, and becomes even more fascinating with repeated listens. Even in its full-throttle opening moments (a sudden attack of hammering blast-beats and scorching screams), the layered guitars and keyboards create a kind of magical aura. Over time they combine rapidly jittering and fast flickering fretwork as well as slowly chiming tones whose ethereal melodies become the main threads that tie the song together.

As the drum rhythms become less maniacal, the sinuous and seductive aspects of the melodies become stronger, but shaded by more ominous undercurrents. In some of its changing phases the song sounds deliriously feverish, in others moody and mysterious, in others ecstatically joyful. The vocals are usually a vicious goblin shriek, but are briefly paired with clean singing to good effect. As much as anything else, the vocals give the song a feeling of hot-blooded viciousness, but that’s just one dimension of the multi-dimensional (or maybe inter-dimensional) experience the track creates. 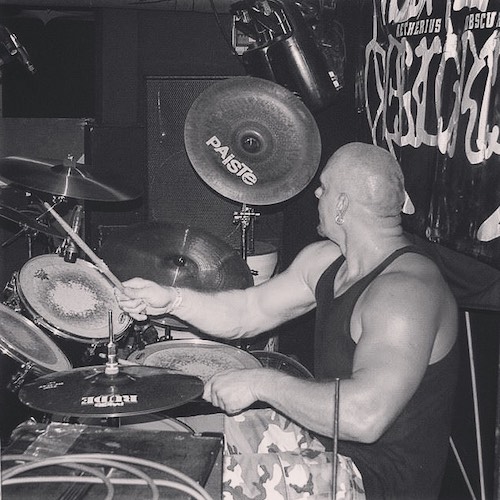 To give you a further taste of what Mártír is about, we’re also including a stream of the previously released song “A harag lángja (The Flame Of Wrath)“, as well as today’s new disclosure. The album is available for pre-order now, both digitally and on CD.