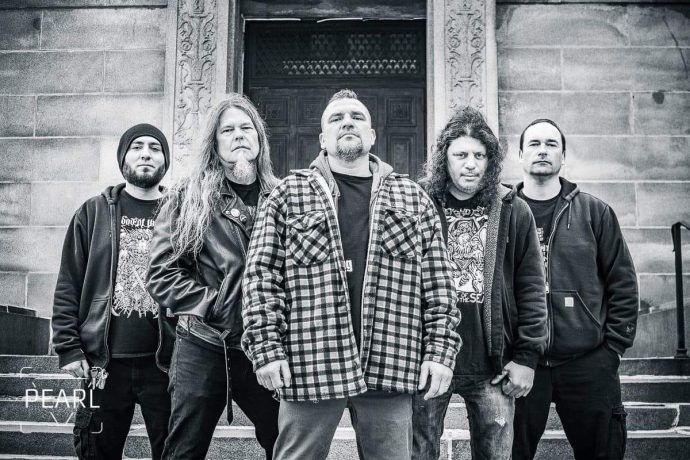 Explosive madness and electrifying mayhem! That’s what we’re about to hurl you into. It will feel like having a live power line jammed like a spike straight into your neck while demons furiously beat you with lengths of rebar steel and a maniac howls into your face. And the experience will seem all the more amazing when you realize that such full-throttle ferocity is coming from a band who first came together 30 years ago.

That band is Chicago’s Disinter, who released five albums and a handful of shorter releases from 1991 through 2006 and then fell silent for a decade before returning in 2016 with the Made in Iron EP. Now they have a new release coming our way via Pest Records (an affiliate of Loud Rage Music). Its name is Demolition Red, and today we’re premiering a lyric video for a digital single from that record, the name of which is “Demolition of the Mind“. 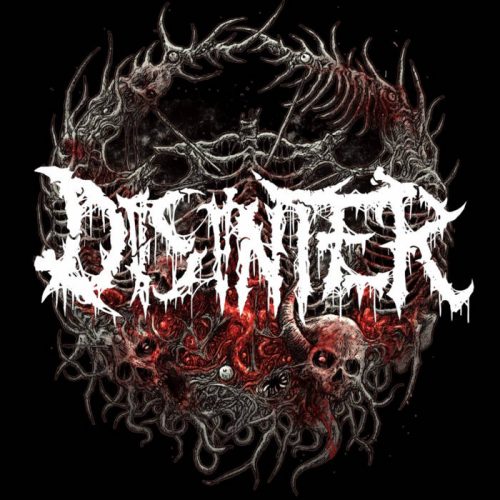 That opening description we provided is no joke. On this new track Disinter absolutely fly like ravenous bats out of hell. With a rampantly pummeling drum attack and thunderous bass tones providing the propulsion, they veer rapidly between spine-shivering riffs, one that sounds feverishly deranged and a deeper one that sounds sadistically cruel. Those roaring, howling, and screaming vocals sound just as unhinged.

The jet-speed drummer punctuates his kit-destroying blasts with rapid tumbles and big booming detonations, and the string-slingers put their own jolting, neck-wrecking grooves into their marauding ravages, along with a freakishly fiery solo. There’s no relent and no reprieve — it’s enough to leave a listener wide-eyed and breathless. And it’s enough to leave us damned excited for Demolition Red. 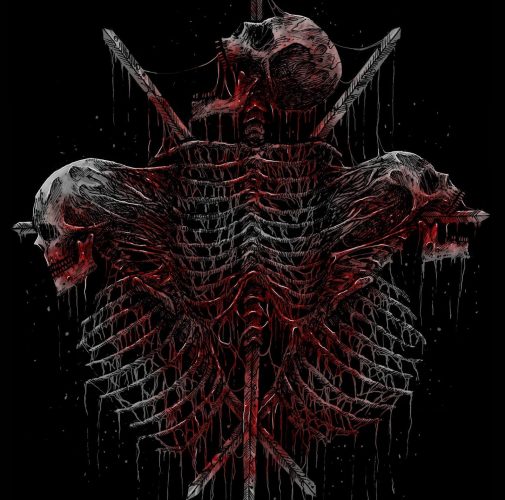 The release date hasn’t been identified yet, but the song we’re presenting today is available now as a digital download through the first link below. Follow Disinter on Facebook for more news about the release of the new record. Enjoy!

One Response to “AN NCS VIDEO PREMIERE: DISINTER — “DEMOLITION OF THE MIND””