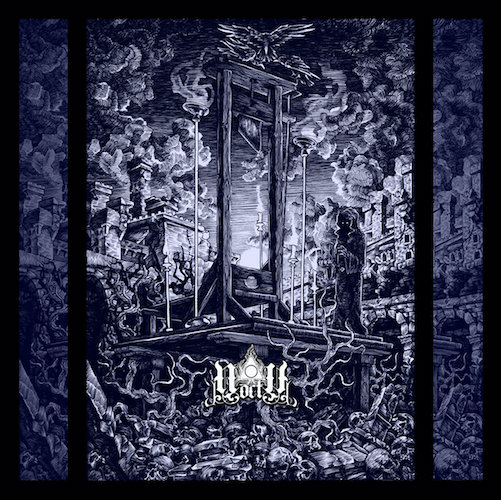 Settle in. Prepare to lose yourself, to be excavated from the inside out and left in terrible emptiness, with a thousand-yard stare, shivering with the affliction of ghosts.

The song we’re presenting is 32 minutes long, far less than the flight-time to Jupiter’s moons or a journey to the entrance of Hades (either of which might be the source of these sounds), but long enough to sink you deeply into the chilling visions of Noctu, to the point of no return.

The song is “Isolato Da Un Mondo Senza Speranza” — which eerily suits the current day, as its English translation is “Isolated From A World Without Hope”. 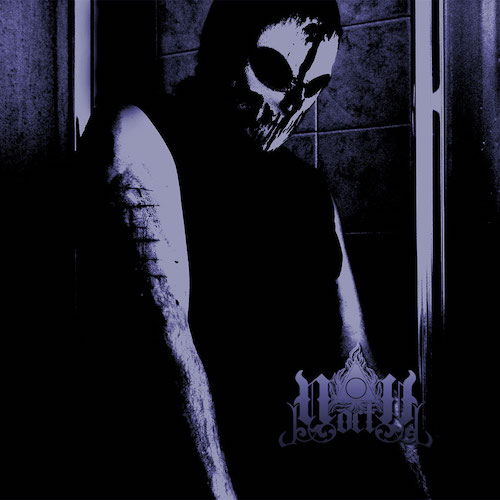 This monumental track comes from the second full-length by this one-man Italian band. Entitled Gelidae Mortis Imago, it will be released by Transcending Obscurity Records on the 8th day of May. “Atmospheric blackened doom metal” is one way to describe the music. “Funeral doom from the River Styx” might be another, so utterly spectral is its atmosphere and so convincingly shorn of hope is its feeling. The label accurately says: “This is stoic, consistent and stately doom with magical convincing power; the impact is profound and lasting.”

Words will probably fail, but here is an effort to capture just a smattering of the gradually accreting sounds you will hear and the deeply chilling sensations you may feel:

Slowly creeping organ tones (a haunting gothic dirge); a glacially paced rain of earth-shaking chords and crushing drum blows (calamitous and punishing); vicious goblin rasps from a scarred throat (making you conclude that vampires aren’t myths); desolate pinging keyboard melodies that burrow ever-deeper into the skull and feverish shimmering emanations (eerie and dismal); the slow crawl of dismal organ and wailing reverberations (ghosts groaning and wraiths crying); the appearance of heavy, heaving guitar over a ritualistic, spine-shaking beat (cruel and hopeless), joined by a rising spectral melody (like the grief of a celestial host)…

…rhythms vanishing, replaced by deep warbling and high skittering tones (a slow flight into the cold cosmic void); the return of the solo organ (majestically funereal); deep, incantatory vocals and bestial growls as the percussive crushing and miserable melody return (bodies drop like dominoes before inexorably encroaching plague); a duet of male and female voices (almost Gregorian, reverent and utterly bereaved); a final elevation of slowly cascading, ominous sounds (Borealis lights above the River Styx) and sprite-like keys (snowflakes glistening and vanishing into those black waters).

As usual Transcending Obscurity will release Gelidae Mortis Imago in a variety of formats, all of which can be investigated via the links below. And we’re also including a stream of the previously released track “Fitte Tenebre (Le Radici Dell’ Inferno)“, which is half the length of the one we’re presenting today. (Credit for the remarkable cover art goes to Diego Spezzoni).