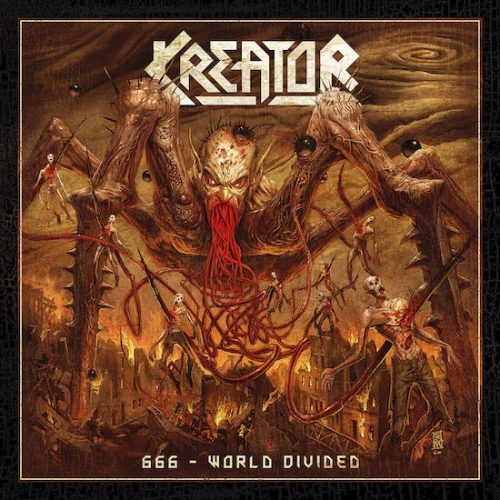 Thanks to the amazing Zoom service, I participated in a couple of virtual happy-hour celebrations last night, woke up woozy as a result of that, and then had to do a work-related Zoom conference for an hour and a half this morning. So I’m getting a very late start on this post.

I thought about just not posting anything this Saturday due to the lateness of the hour and my still-hungover condition, but then remembered this recent comment by a regular reader: “Especially now, when days morph into each other and life has slowed down considerably – and we have time to think about perhaps less pleasant facets to our lives – structure and regularity are important. New music, to me at least, is an important element to this….” I feel the same way. And so I decided to at least make a brief start on another giant collection of new music, and then finish it in a MUCH larger Part 2 of this tomorrow.

I was helpless to resist beginning this collection with “666-World Divided“. It’s such a blood-pumping, neck-wrecking blast to listen to, with wonderfully vicious vocals, a glorious chorus (that puts me in mind of Scandinavian melodic death metal), delicious soloing, and a segue into very sinister territory with choral voices. The video for the song is also a blast to watch. 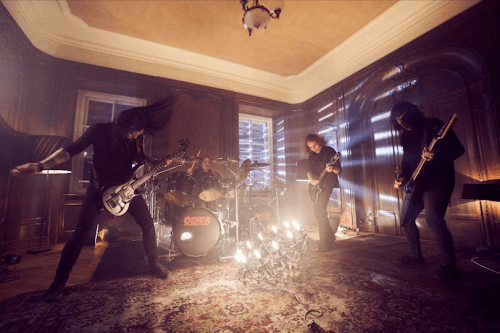 This new Kreator song will appear on a split release with Lamb of God that’s set for release on April 10th by Nuclear Blast. There’s one song by each band on the split, and Lamb of God‘s is a song aready out there called “Checkmate”. About Kreator’s song Mille Petrozza commented: “The message of this song is more important than ever: we have to stick together in this more and more divided world. Take care and most importantly: stay metal! We can do it all together. We are one!” 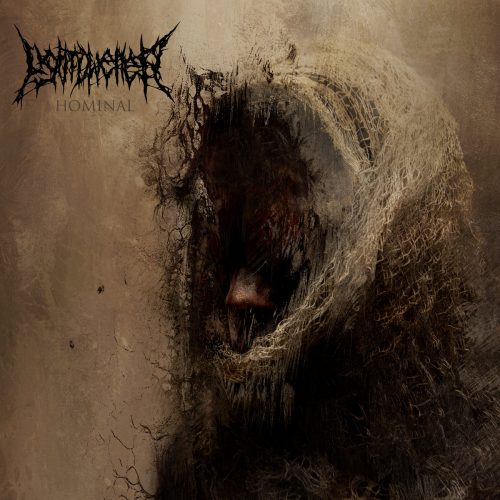 A battering, spine-mangling black/death assault, with a cornucopia of riffing, some of which is needling and dissonant and will set your teeth on edge, some of which is poisonously simmering, some of which maniacally jitters and darts, some of which jackhammers. The vocals are a frightening array of gargantuan roars and lacerating shrieks. The song has a marauding, unhinged, unnerving quality and a technically adventurous athleticism that together make it a sure-fire adrenaline trigger.

The song is “Sequester” and it appears on this Arizona one-man band’s second album Hominal, which will be released on April 24th. I learned of it through a message from Rennie (starkweather), who accurately called it a “twisted dissonant song”. 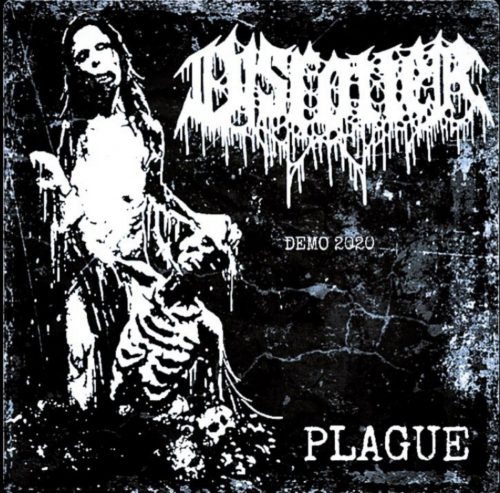 This just-released demo is fittingly entitled Plague, since that’s what we all seem to be surrounded by these days. The opening passage of the first track, “Walking Plague”, is downright nightmarish, but when the song kicks into rampaging gear it’s electrifying (and mean as shit) — a full-throttle sonic plundering that’s administered by hammering drums, nimble bass lines, frantically seething and chaotically blaring riffage, and monstrous guttural vox. If you’re in the mood for bone-splintering, mind-mutilating savagery, you’ve come to the right place.

The three remaining songs on the demo, which culminate in a Terrorizer cover, are equally pyrotechnic, combining thrashing and needling riffs, hurricane-front drumming, episodes of spine-cracking grooves, and pure vocal malevolence. They band do toss in off-speed sections that create a gruesome and ghastly atmosphere, a short vocal sample, and another passage of nightmarish noise similar to the way the demo opens, and the drumming (while usually obliterating) displays gripping dynamism.

In short, this crusher kicks a whole lotta ass. Plague Demo 2020 is the work of the Washington D.C. band Disrotter. It was recorded and mixed by Yave Rust and was mastered by Joel Grind. It’s out now on Bandcamp.