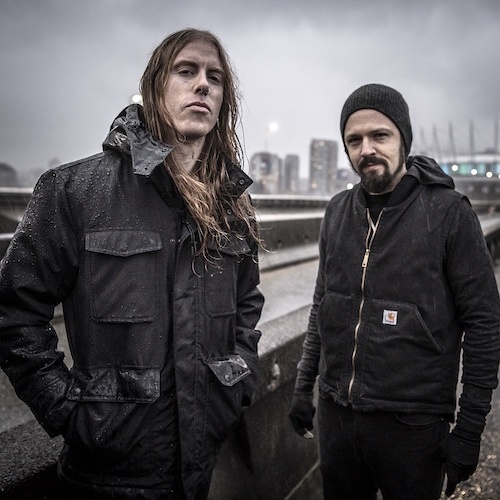 Sometimes when a band pull from as broad and deep a well of musical inspirations as Ritual Dictates have done on their debut album, the results can be disjointed and chaotically jarring. But when the interweaving of stylistic ingredients is as masterfully and naturally accomplished as it is here, the results can stand out from the pack, and provide a multi-faceted experience that’s an enormous thrill. And that’s the best single word I can think of for Give In To Despair — it’s a thriller, from beginning to end.

The singles released from the album so far have already attracted a lot of excited attention around the web, but for those who might be encountering this band for the first time (and it’s a good time, because we’re streaming the whole album today), it’s a project formed by ex-3 Inches of Blood members Justin Hagberg and Ash Pearson (who’s also the drummer of Revocation), both of whom have also been members of Allfather (Canada) and Angel Grinder, respectively. And for this grand debut, they also enlisted an eye-opening group of guest performers from metal and rock, whose names are worth listing before we go further: 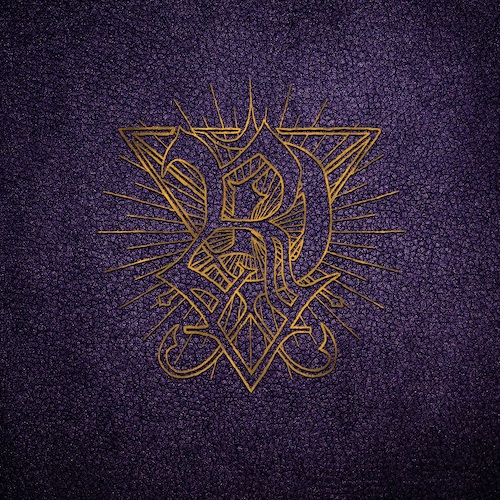 All those voices, along with Justin Hagberg‘s own voice, become one of the signal features of the album, providing changing accents within the songs that are part of what makes them such kaleidoscopic thrill-rides. But of course, there’s a lot more going on too.

In the simplest of terms the music amalgamates death metal, black metal, grind, and classic rock ‘n’ roll, and even the shortest of these generally compact tracks go places you won’t be expecting, but it all works so well. The band deal out brutish savagery and rampant mayhem, but they also deliver primally compulsive rocking-out, arena-ready anthems, and soaring melodic glory — sometimes all in the same song. And thanks to an even-handed and powerful production, you can feel the granite-heavy bass in your guts, the skull-popping snare right in your neck, and the ferocious vocals sinking their teeth into your throat, while the guitars and synths slash through your brain or send it spinning off into the skies.

There’s plenty of thunder and gale-force conflagration in the album, but also plentiful melodic hooks and head-hooking beats, and more killer riffs than you could probably count even if you cared to, along with an eye-popping array of riffing styles and the kind of darting, skittering, and fluid arpeggios that constantly seize attention. 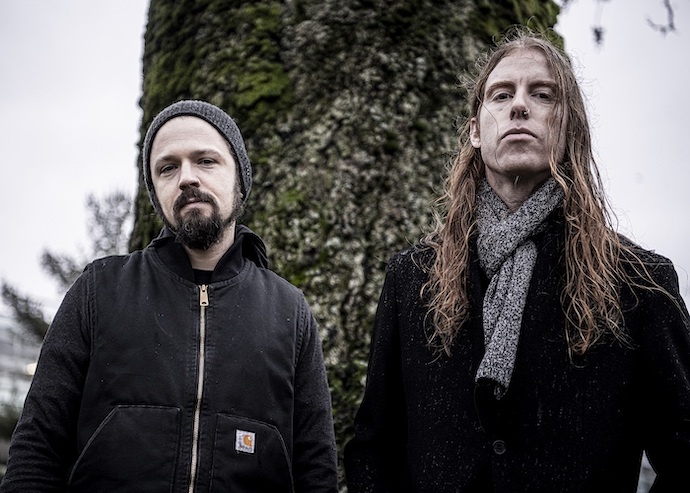 In this introductory review I was prepared to deliver my impressions track-by-track, but I came to my senses and realized that might be the kind of tedium that is unworthy of an album for which tedium is a foreign term. But I will call out a few of my own favorites. They tend to be the longer songs on the album, but that’s not intended to diminish the impact of superheated rippers like “Obsolete Instinct“, turbocharged brawlers like “Indivisible Mind” (which is also a really big head-mover), or the fantastic “Extinction” (a fast-flying, fast-changing romp with lots of varied vocal interplay — a menacing beast that darts and jabs but also incorporates melodic fireworks and mesmerizing shimmering melody). In fact, there are no weak links of any kind on the track list.

One favorite song I’ll highlight is “Given to Despair“. It’s a hard-charging number propelled by hammering drums and pounding chords, but morphs into flurries of boiling and battering barbarism and subsides into more measured cadences marked by sparkling guitar work, a heavy bass thrum, and soaring clean vocals. The music becomes mesmerizing and soulful thanks to the alluring vocal melody and a beguiling solo (which sounds like a saxophone, but I guess isn’t), and it’s also bruising and menacing — and ends with a final bout of crazed chaos.

“Poisonous Proclamation” is another stand-out. True to its name, the song is a poisonous combine of scathing riffage, bludgeoning percussion, and imperious roaring vocals — but it includes a gripping bass drive and a guitar extravaganza that anthemically soars (capped by a glorious solo) as clean vocals join in with inflamed growls, ending in a whirl of acrobatic drumming and dervish-like riffing.

And I must also mention “Aperiam in Porta“, an adrenaline-triggering amalgam of hard-rocking riffs, gut-slugging rhythms, and savage vocals. The bass plays another prominent role in this song, providing the gravel-throated low-end anchor to fanfare-like flares of melody. The bass pulse is primal and compulsive, and those bursts of melody become lingering cascades that rise, building to a crescendo of wonderfully fluid, swirling guitar that spins up into a truly electrifying experience, capped by an exultant clean vocal harmony — all of which will send your heart into your throat and your hands toward the skies.

Rather than let up on the gas pedal, the album closer is another electrifying surge of extravagant drumming, ridiculously nimble bass, and frenzied guitar, with wide-ranging vocals that are equally off-the-hook, a cornucopia of punk yells, furious growls, and acid-bath screams — yet the song does exactly what you hope it will do after all the thrills the album has delivered up to this point — it takes flight in gloriously scintillating fashion, making you feel explosively alive and exultant. 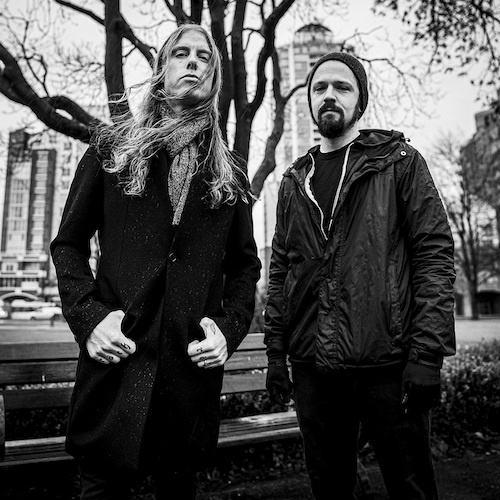 Give in to Despair was produced and arranged by Ritual Dictates; it was mixed by Jesse Gander at Rain City Recorders (Bison, Anciients, Japandroids); and it was mastered by Jason Corbett at Jacknife Sound (ACTORS). The photos in this post were made by Derek Carr, and the album art was crafted by Rheanna Fancypants.

The album will be digitally released on April 3rd by Artoffact Records, and physical editions will be available on April 10.

And finally, along with our complete album stream we’re including a couple of music videos released for songs on this album. The one for “Extinction” is NSFW, but fuck, who’s at work these days?

2 Responses to “AN NCS ALBUM PREMIERE (AND A REVIEW): RITUAL DICTATES — “GIVE IN TO DESPAIR””