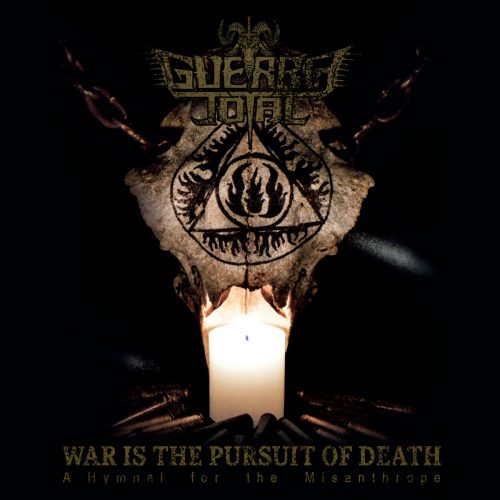 In October 1914, near the Belgian city of Ypres, Allied and German forces begin the first of what would be a series of battles to control that ancient Flemish city and its strategically important location. Fighting continued, with stunning losses on both sides, until November 22, when the arrival of winter weather forced the battle to a halt. In that first battle alone, more than 250,000 combatants lost their lives, and the bloodbath would continue in the following spring and subsequent years.

The intensity of that conflict and the almost unimaginable scale and senselessness of the slaughter has inspired many metal bands in the past. As the song we’re presenting today proves, it has also inspired the Colombian band Guerra Total, whose name means “total war” in Spanish, and who themselves come from a country that has been home to one of the longest armed conflicts in the world. The band’s new album, their ninth release in a career that began in 1997, is a concept album about Death managing humanity, using war as its own benefit.

Entitled War Is The Pursuit Of Death: A Hymnal For The Misanthrope, it will be co-released on April 17th by Satanath Records (Russia) with Iron, Blood And Death Corporation (Mexico), and today we’re presenting the second track on the record, “Battle of Ypres“. 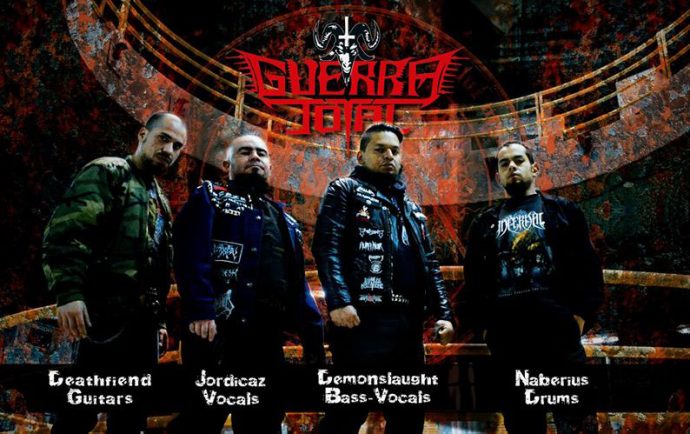 While the music of Guerra Total is rooted in old school black metal, they’ve drawn from thrash, death metal, classic heavy metal, and elements of rock to express their inspirations and to give life to philosophical concepts based on based on atheism, nihilism, cosmicism, and selective misanthropy.

With that horrible conflict discussed above as its subject matter, “Battle of Ypres” is a multi-faceted listening experience, both a visceral, senses-scourging assault that seems to channel the human madness that the conflict unleashed, and an emotionally moving meditation on the tragedies that it caused. The song leaps from the speakers with a ripping and pulsating thrash riff backed by a riotous drum assault and scorching howls. Screaming leads swirl from the skies as bursts of double-bass churn the earth, blast-beats send bullets through the air, and rapid, rocket-like chords flare in the midst of the electrifying mayhem.

That music is a pulse-pounding attack, but that intensity suddenly vanishes, replaced by a beautiful and sombre guitar instrumental, part acoustic and part a soulful electric guitar solo, with a melody that is seamlessly carried forward as the song gradually grows in heaviness and intensity until it again reaches a climax of thrashing, crashing violence, capped by a shrieking and skittering solo.

Satanath and Iron, Blood And Death Corporation will release this new album in a jewel-case CD edition with Pit-Art and a 16-page booklet, and it’s available for pre-order now. Below, in addition to our premiere, you’ll also find a stream of the previously released track, “Tapias De Pilatos“, which is available as a free download at Bandcamp.