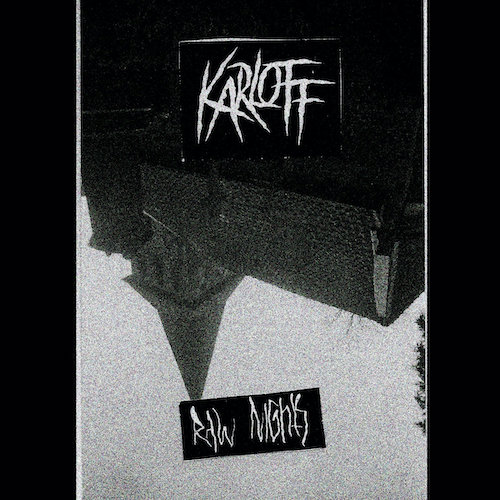 In these dark times music lovers have a lot of extra time to spend listening and exploring (at least those of us who don’t work in essential activities). I suppose most of us have devoted that time moving around among genres rather than staying on the same road all the time. Variety can indeed be the spice of life, especially when our moods have turned sour and could really use some spicing-up. Karloff has done that for me, giving me something I didn’t realize I needed, and I hope Karloff will do the same for you.

Karloff’s formulation of raw punk and black metal is undeniably sinister, and it runs like a wild wolf-pack on the hunt (or an angry gang marauding through mean streets), but it has made me feel not just glad to be alive, but kind of rapturous too. Its feral, stripped-down attack and high-voltage energy appeal at a primal level, and the immediately infectious nature of the songs makes them easy to stick with, and to use as a means of lighting a fire to any playlist whenever they pop up.

I overlooked Karloff when the band released its first demo in 2018, or when it released the Raw Nights EP last year. Thankfully, I’ve encountered them now, thanks to the decision of Dying Victims Productions to combine those two releases into a single 20-minute vinyl/digital record, also called Raw Nights, with new cover art. Today, in advance of the record’s release on April 24, we’re presenting one of the eight songs, “Bastard of the Night“, along with a stream of a previously released song. 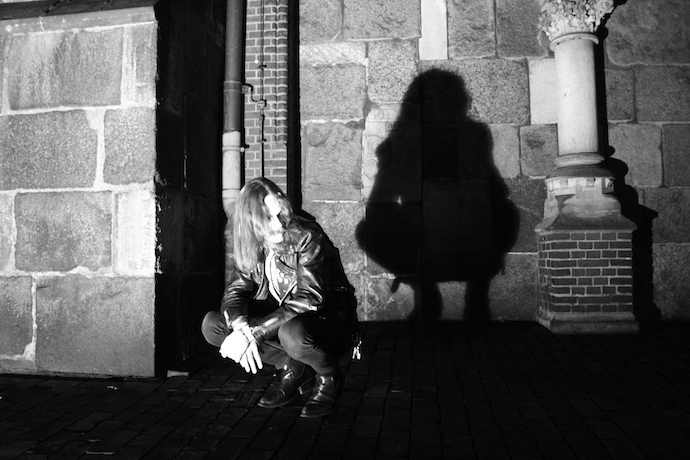 Karloff is the brainchild of Graveyard Ghoul member Tom Horrified from Germany, along with a couple of close comrades. But as noted above, Karloff’s music veers away from the old-school death metal sound of Horrified’s other band and is self-described as “raw obscure punk turns into blackness”.

“Bastard of the Night” bears out that description. It hits hard and fast with ripping punk chords, a heavy bass beat, and a skull-cracking drum rhythm, accompanied by goblin shrieks and lycanthropic howls. As the riffing rises and falls, it creates a sensation of menace and mystery while simultaneously getting your motor running hot and fast and your head moving hard. The spiteful energy of the song abates closer to the end as the drums tumble and subside and the swarming guitar noise transmutes into a dismal and sickly abrasiveness, like a final death rattle and spasm before the lungs’ last exhalation.

That previously released track that we’re also including, “I Like Blood“, is every bit as much of a turbocharged romp as the song we’re premiering, but with a more pronounced atmosphere of horror and glorious evil in the music — and it’s further proof that Karloff is a fucking riff machine.

Dying Victims will release Raw Nights digitally and in two vinyl formats, one of them a regular edition on black vinyl, with insert, poster, sticker, post card and download code, and the other a special edition on colored vinyl, with insert, poster, sticker, post card, download code and patch. The new cover art was created by Tom Horrified and Jan Utecht of Occvlta. Get your orders in via the links below:

One Response to “AN NCS PREMIERE: KARLOFF — “BASTARD OF THE NIGHT””