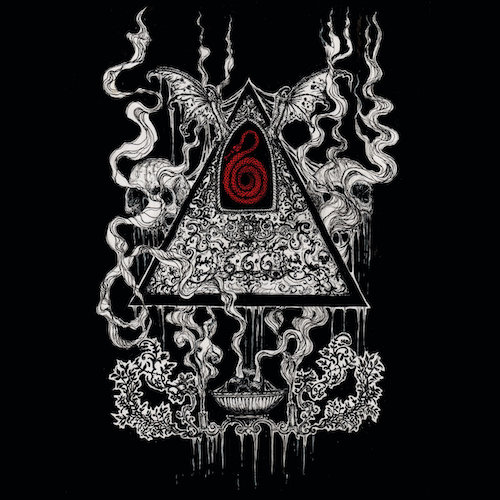 Little is known about Ancient Burial. The line-up is anonymous, though rumor has it that it may include members of other better-known formations, and their unearthly renderings of raw black metal would draw comparisons to the music of the Portuguese Black Circle (whose bands we’ve paid significant attention to over the years). Perhaps more will be revealed in time, but for now what we have — or rather, will have on May 1st via the Signal Rex label — is Ancient Burial‘s debut album Beyond the Watchtowers.

Below you’ll find streams of the first two tracks revealed from the album, one that has been previously disclosed and one that we’re premiering today. Neither of them will have mass appeal. Both of them are sadistically abrasive and well-calculated to create sensations of terror and devastation, of infernal possession, and of other-dimensional eeriness and mortal threat. They are also perversely enthralling, capable of plunging at least some listeners into the same wicked state of possession and violent trance that seems to have overcome the performers. Other listeners will cower in corners or run for the hills 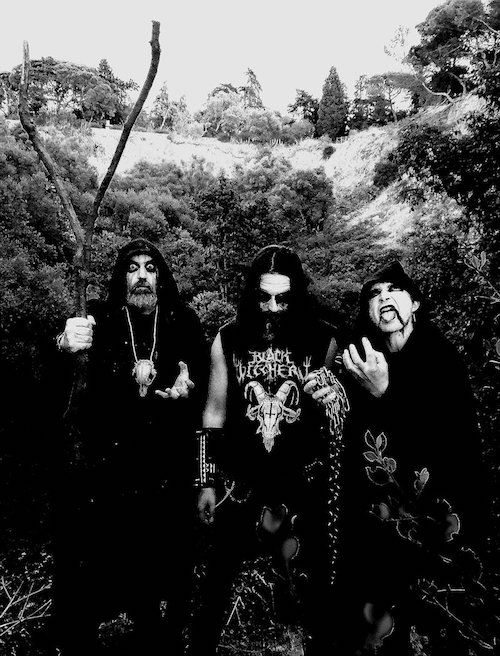 The opener, “Intro + Nighthunt“, which has previously been released, sets the stage through a ritual beat and a collage of eerie, disorienting noises, and then segues into a surround-sound miasma of shrieking frequencies and battering, bursting percussion, of unhinged screams and poltergeist guitar wailing that sends shivers down the spine and raises visions of terrifying hopelessness.

The sensation of being thrown into a hellscape of madness and mutilation continues in the song we’re premiering today. “Into the Land of Death” generates a dense, mind-reaping maelstrom of raw guitar abrasion, roiling and screaming lead guitar, near incessant shrieking by the clearly-possessed vocalist, and morphing drum rhythms that provide the only semblance of stability in this nightmarish wash of assaulting sound (though the drumming also mutates into obliterating and crazed fusillades).

Signal Rex will release Beyond the Watchtowers on vinyl LP and cassette tape formats. And Ancient Burial is scheduled to perform at this year’s Invicta Reqviem Mass VI, curated by Signal Rex and set to take place on December 4th and 5th in Porto, Portugal.

2 Responses to “AN NCS PREMIERE: ANCIENT BURIAL — “INTO THE LAND OF DEATH””