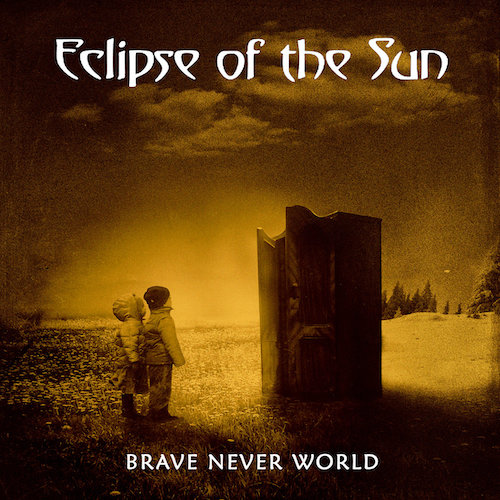 Five years on from their debut album Daimonion, the Hungarian band Eclipse of the Sun now return with a second full-length, Brave Never World. It presents music that has evolved into an epic formulation of doom/death metal, combining dramatically varying vocals, dark melodies, granite-heavy riffs, and astute use of symphonics, which in union present stirring yet gloom-cloaked experiences on a monumental scale, interwoven with passages of poignant sorrow.

The labels that will release the album on April 25th, Satanath Records and More Hate Productions, recommend it for fans of Isole, Paradise Lost, Swallow The Sun, My Dying Bride, and Amorphis, which of course is very good company to be in. Apart from the appeal of those references, we also have tangible evidence of what Eclipse of the Sun have accomplished on this new album, because today we’re premiering a multi-faceted and relentlessly gripping song called “World Without Words“. 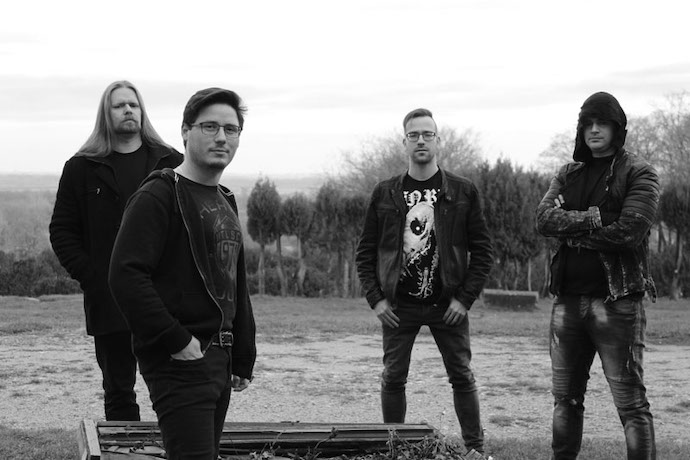 Vocalist Dániel Szöllősi (who also performs guitars and synths) plays a central role in this song, doing what many bands must use two vocalists to accomplish. But of course his bandmates — guitarist Gergő Kovács, drummer Dávid Antal, and bassist György Kantár — make vital contributions of their own.

Long heavy chord reverberations, rumbling percussion, and pulsing bass notes launch the song, combined with the contrast of rippling, ethereal piano notes. The appearance of thick, craggy riffing creates ominous sensations as a prelude to the advent of both clean and harsh vocals, a tandem of soaring yet warlock singing and serrated-edge, cavernous growls. Accented by shimmering keys, the song generates an atmosphere of encroaching calamity as its intensity mounts with pummeling double-bass — but then the intensity falls away, replaced by haunting acoustic picking and soft, sorrowful singing.

When that interlude ends, the band race into a new manifestation of intensity, all jabbing and slithering riffs, thunderous drumming, and viciously inflamed snarls that culminate in a terrifying shriek. The music again swells in tormented grandeur at the finale, again recreating that feeling of elemental anguish and dread that gave the song such a striking start.

Satanath and More Hate will release the album in a jewel-case edition with a Pit-Art CD and an 8-page booklet, as well as digitally, and pre-orders are being accepted now. As a further taste of what the album brings, we’re also including a stream of “Things Called Life“, which is free to download at Satanath’s Bandcamp.