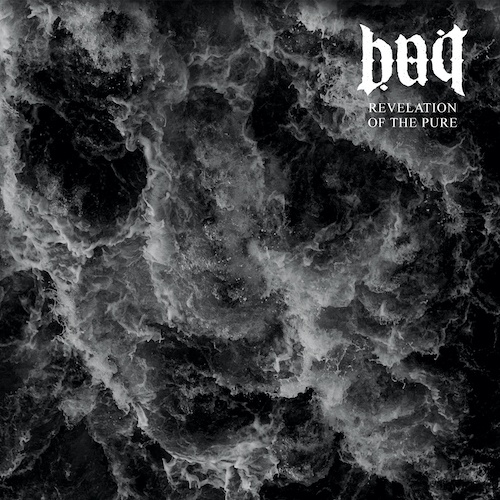 The German band Bait (whose three-man line-up includes a member of Der Weg einer Freiheit) embarked on its musical journey in 2013, and it has indeed been a journey. Embracing bruising metallic hardcore as its focal point, the band has moved in other directions, principally blackened ones but also incorporating ingredients of sludge and doom, with an increasing atmospheric content, without completely abandoning the animating spirit and iron-hard grooves of hardcore, or the scraped-raw fury and anguish of the vocals.

For the moment, the band’s journey has reached a culmination in their intense new album Revelation of the Pure, which the releasing label Les Acteurs de l’Ombre Productions describes as “a piece of shear nihilistic and utterly destructive music”. This new record will be digitally released on May 22nd, with physical editions to follow, and what we have for you today is a lyric video for a track from it called “Leviathan III“, which as its name suggests is linked to tracks from the band’s first two releases. 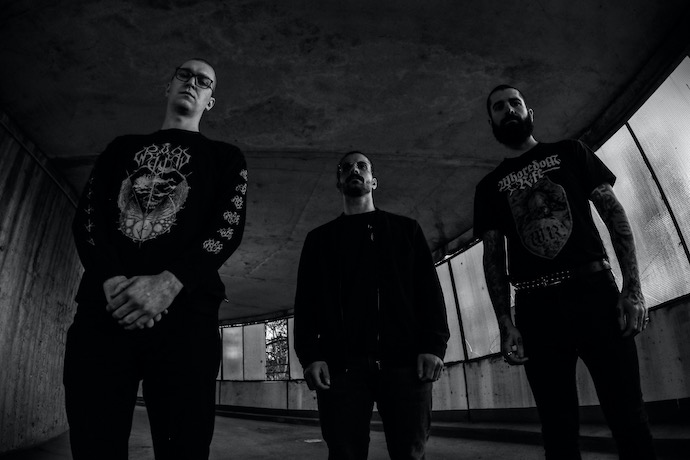 The sound of flowing waters and a moody and bluesy acoustic guitar melody was the heart of the first “Leviathan“, a tune that melded feelings of wistfulness, loneliness, and a kind of backwoods gloom, with hints of menace and glints of brightness, like fleeting visions of a stream running through sodden air and black oaks.

The feeling of menace in “Leviathan II” was no hint, but a pronounced presence. Its wailing lead-guitar lines were uneasy, bordering on despair and derangement, while the lead-weighted bass tones, mid-paced drum blows, and slow, cursed riffing felt like poison slowly seeping into open veins. The tension in the music derived from a mood of impending calamity; the pain in the vocals was scalding; the gloom became oppressive.

Those two tracks were musical siblings, connected in their atmosphere as well as in their melodies, although the second one was far heavier. Neither of them was entirely emblematic of the music in the two releases that housed them, other than in the hopelessness of their spirit. But they both proved that Bait had the interest and the talent to branch out, to extend their reach beyond the increasingly blackened metallic hardcore that formed their spine. 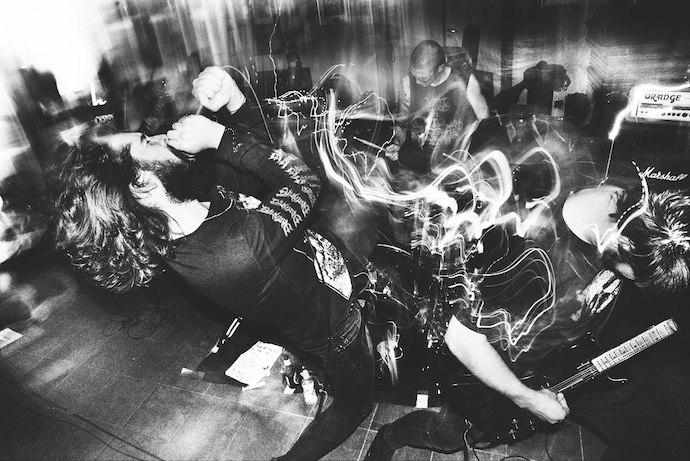 And now we come to “Leviathan III“, which features the artwork of Gustave Doré and which again takes as its subject the great sea serpent of the Old Testament, a creature that became a metaphor for upheaval and chaos, and which in the interpretation of Bait becomes a balancing force of doubt arrayed in opposition against the promises of an almighty God and “the lamb of lies”.

In their music here, Bait create an alternating sequence. They mount ferocious black metal attacks of pummeling drums and roiling, savagely violent riffs. They also slow the assault, allowing groaning, gut-churning bass lines and methodically skull-fracturing drum progressions to have their way, backed by disturbing dissonant leads and raw, blood-spraying yells. Freakish guitar arpeggios that seem diseased and queasy worm their way across rumbling drums and humming bass. Even when the melody seems to shine in mesmerizing tremolo’d vibrations, it seems imperiled and distraught. Even when the massive riffs and bludgeoning rhythms create an atmosphere of eminence at the end, it seems to foretell calamity (again).

The new album was recorded and mixed by Nikita Kamprad (Der Weg einer Freiheit) at Ghost City Recordings, and it was mastered by Jack Shirley at the Atomic Garden. The cover art
was created by Giovanni Raabe.

LADLO will release the album digitally on May 22nd. Because of the impacts of the coronavirus pandemic,  the physical release has been delayed to June 2020.