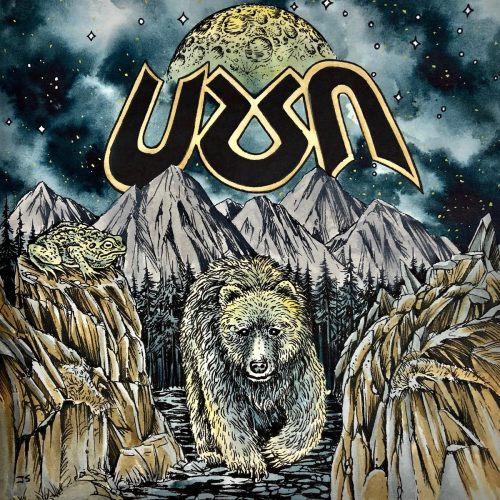 (We present Andy Synn‘s review of the new album by California’s Ursa, which was just released yesterday.)

While NCS may have a reputation for focussing mostly on Death and Black Metal, the truth is that we don’t like to limit what we cover to just a small sub-set of styles. As long as it’s got a sufficient metallic component, and a certain level of quality, we’ll be more than happy to give it a shot.

Over the years we’ve become particularly fond of the doomier side of Metal, in all its grim and gloomy varieties, to the point that you’re guaranteed at least one (or more) slot dedicated to dark, doomy goodness in every one of my/our year-end lists.

Last year it was the sublime Carnal Confessions by Fvneral Fvkk which took the honours, and in 2018 the medal went to Dor by Clouds, while 2017 saw albums from Loss, Foscor, and Paradise Lost all make the cut (and, FYI, I’m only just now realising how Doom-heavy that particular list was).

So far 2020 has already delivered its fair share of doom-laden delights, from the rugged, riff-heavy swagger of the new Solothus (which I touched upon briefly here last week), to the grandeur and gravitas of Loviatar’s Lightless (which hopefully I’ll get around to covering properly sometime soon), and several more which I’m sure I’m forgetting about.

And now it’s time for URSA to stake their claim with the release of Mother Bear, Father Toad. 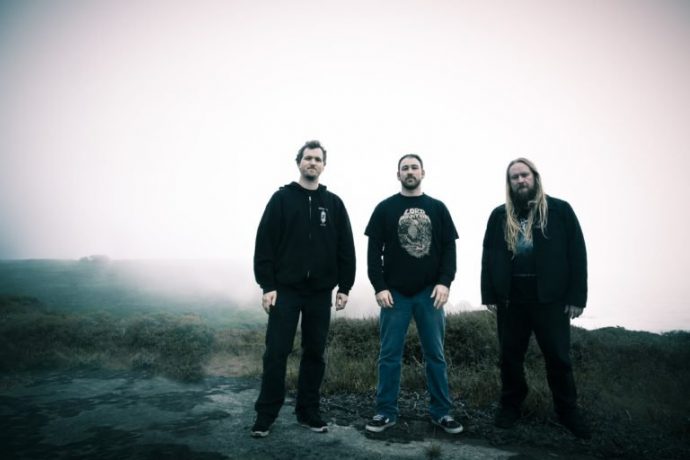 On Mother Bear… the Californian trio (all ex-Cormorant) have delivered four fantastic pieces of Prog-Doom perfection (plus one muscular, metalled-up cover) which tell an immersive and intricately arranged story, rich in moody, melodic atmosphere and sombre, slow-burning intensity.

Similarities to both the cathartic dynamism of Yob and the epic vibe of Candlemass, as well as the proggy creativity of the group’s previous band, definitely abound, but URSA also weave in a variety of other influences and elements – such as the brooding, Solstafir-esque ambience which makes up the first half of the utterly engrossing title-track, or the rough-hewn High On Fire style riffage which drives “Hunters of the Wet Demon” and “Frost Giantess” – along the way.

Not only that, but there’s a free-wheeling fluidity to the way the band play – particularly during the proggy percussion and prodigiously powerful guitar work of “Scourge of Uraeus” –  which speaks volumes about their internal dynamic, every member and every instrument playing off and complementing the other, to the point where you can practically feel the album’s roots, every loose-limbed, late-night jam session and brainstorming burst of creative spontaneity, flowing out of the speakers in undeniably thrilling fashion.

However, as much as I wanted this record to be an automatic Album of the Year contender, its oddly truncated length – the four original tracks together only come to about 24 minutes of music, making it more of an EP than an album – ultimately prevents it from achieving its full potential.

I’ll grant you that the band’s cover of Tom Petty classic “Runnin’ Down a Dream” is pretty damn cool, and you can tell that the trio themselves clearly had a lot of fun giving it a meatier, more metallic make-over, but it doesn’t quite offer the necessary pay-off to truly make Mother Bear, Father Toad more than the sum of its parts.

Still, as you might have gathered, these parts (and I haven’t even mentioned the effortlessly emotive and versatile vocals) are still pretty damn fantastic, so while Mother Bear… may not end up right at the top of my End of the Year list I can pretty much guarantee you it’s going to remain in steady rotation for the rest of 2020 (and beyond).