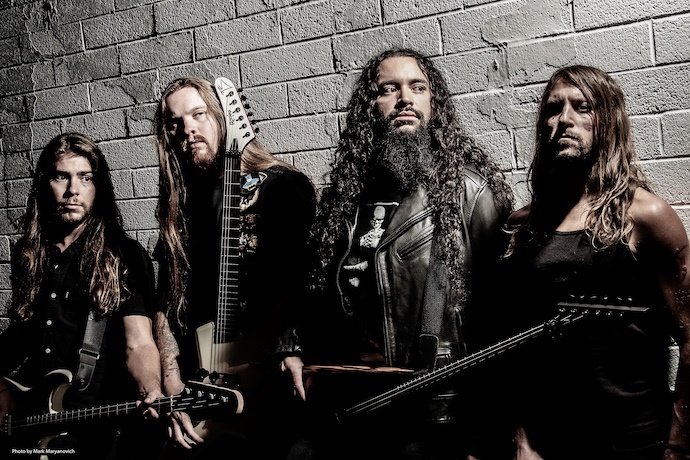 (In this post TheMadIsraeli combines reviews of the new albums by Havok (released on May 1st by Century Media) and Warbringer (released on April 24th by Napalm Records.)

Thrash metal is in a funny place to me.  Ever since the resurgence of it, a lot of bands have desperately clung to the nostalgia bait of writing music that sounds like an authentic representation of what you would’ve heard in the ’80s or early ’90s.  What’s really kind of joke-worthy about this trend is that what we ended up seeing was a bunch of guys trying to sell you nostalgia and engaging in probably extreme metal’s most overt tailspin into cynical capitalist consumerism.  Most of the resurgence of thrash in the modern age has thus been pretty soulless and pretty meme-worthy.

As a consequence, the thrash metal that’s good nowadays shrugs off that nostalgia bait and moves forward.  The best of it embraces the evolution of the style up to its recession in 1992 or so and has then seen some of the best material written in the whole sub-genre in the 2010‘s.

So, we’re doing some shorter-length reviews today of two thrash metal records that embody this ideal.  Thrash metal that retains the foundation but has adapted to the times. 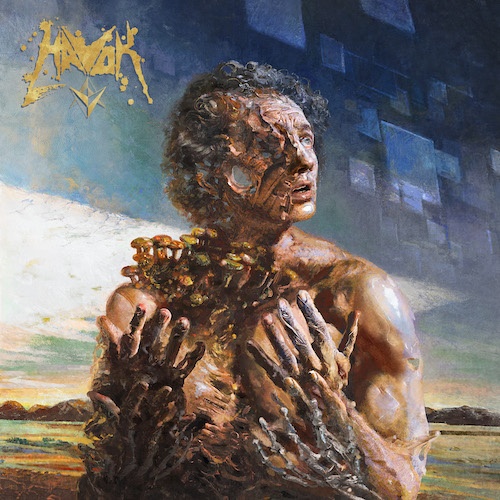 Havok to me are the Exodus of the modern age.  They’ve taken Exodus’ sense of attitude and swagger and mixed it with Overkill’s grit and grime, and as a result have become one of the modern thrash bands out there who you can say have really solidified a sound of their own.  In addition, Havok have been getting more progressive and ambitious with every record, to the point where their sound includes everything from thrash and punk to hardcore and melodic death metal to some degree, while engaging in lots of progressive instrumental gymnastics.

V finds the band dialing into this trend even more while exploring a bit more dynamism on the tempo front.  Havok have traditionally always been a band about non-stop momentum, but V finds the band punctuating their assault of flesh-flaying sonic speed and mid-paced stomp with moments of very Pantera-esque drag and more traditional heavy-metal-flavored grooves, while still retaining a policy of riffs that tend to favor melody with a bit of a twisted edge to them.

I don’t think V quite stacks up to its predecessor Conformicide only for a lack of faster songs, which is what I’ve always enjoyed from Havok the most (the only really fast song on V is “Phantom Force”).  It’s a great record, however, one that’s more immersed in a slower, more deliberate style that has a pretty modern …And Justice For All feel in its song structuring and its emphasis on using more groove and slower tempos to deliver something that is more weighty than light-footed.

As noted, it is a great album nonetheless, and another fine edition to Havok’s basically impervious discography.  It’s hard to deny the success of this album when it’s firing on all cylinders as in songs such as “Betrayed By Technology”, “Interface With The Infinite”, “Panpsychism”, and closer “Don’t Do It”. 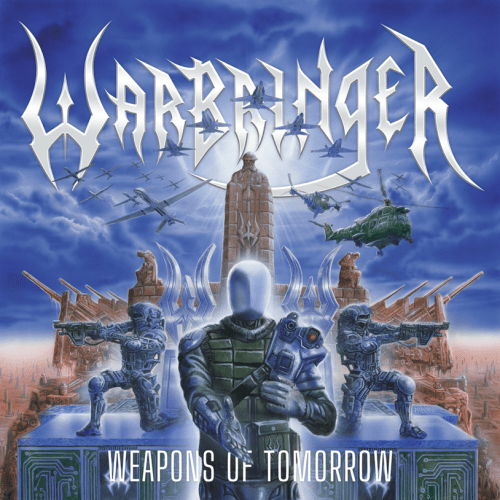 I’ve become a big fan of Warbringer over their last couple of records.  I think their early material is pretty derivative, even falling into the categorical nature of what I discussed at the beginning of this piece, but their transformation from that into one of the few blackened thrash metal bands worth listening to has been nothing short of impressive.  Woe To The Vanquished was a real watershed moment for these guys, which made me excited for how they’d develop this direction on their new album, Weapons Of Tomorrow.

Warbringer not only have their best album on their hands with Weapons…, it also represents another big evolutionary step.  The thrash metal is starting to feel more and more like window dressing for a powerful combination of technically ambitious modern black metal met with ’90s-era progressive death metal, with thrash drums, attitude, and vocals behind it.  The music on Weapons… feels gigantic, cataclysmic, and consistently riveting from both a technical and composition standpoint.

As with Woe To The Vanquished, I find myself enjoying the non-thrash-metal songs the most.  “Firepower Kills” and “The Black Hand Reaches Out” are a fantastic opening duo, but it’s the distinct double-take of double-bass-saturated death metal groove and venomous black metal triumph on “Crushed Beneath The Tracks” and “Defiance Of Fate” where I feel like this record really starts, and frankly doesn’t relent from then on.

I’m definitely looking at Weapons Of Tomorrow becoming one of my favorite albums of the entire year.  It’s a masterwork of its kind, and maybe even the ideal to which any modern thrash band should strive to achieve.

2 Responses to “A DOUBLE REVIEW: HAVOK AND WARBRINGER”