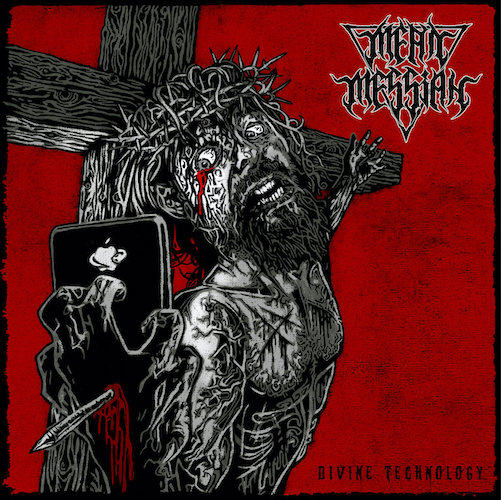 Mean Messiah‘s new album Divine Technology is over-the-top in nearly every way, from the full-tilt but machine-precise drum obliteration to the soaring vocal harmonies, from the riotously dismantling grooves to the swarming guitar savagery, from the sweeping symphonic layers to the vast panoply of unhinged vocal extremity. It’s a combination of theatrical spectacle and industrial-strength demolition job which at various times brings to mind Strapping Young Lad, Devon Townsend‘s The Retinal Circus, Fear Factory, latter-day Dimmu, Yes, and even Aborted.

The thing is, this Czech trio (who sound like their line-up is a 100-strong army) throw caution to the winds in a way that makes their explosive energy contagious. They revel in their bombastic excess, packing as much as they can into each of these seven tracks, bound and determined to leave their audience breathless, and with ruined necks and spinning heads, and it’s hard not to get caught up and carried away by both the sheer enthusiasm and the surgical execution.

Divine Technology will be released tomorrow (May 5th) by Slovak Metal Army, and we’ve got a full stream of the madness today, along with further notes about the experience. 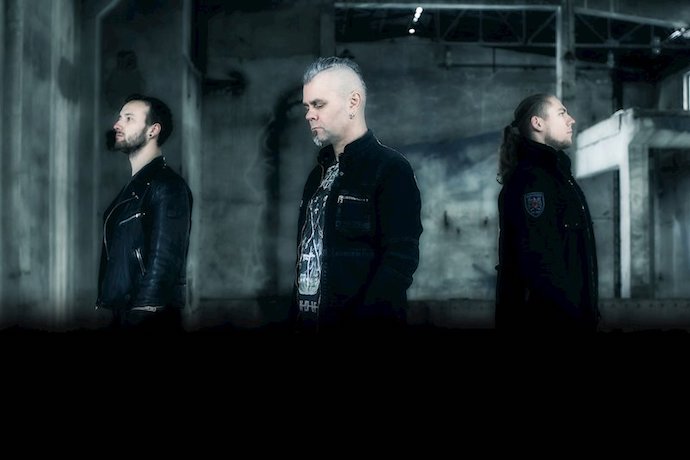 As openers go, “Interment Of Ashes/Hello Again!” provides an almost complete musical statement of what the album holds in store, and as if consistent with such an objective, this two-part experience also counts as the record’s longest track. It begins with a mysterious and sinister piano melody joined by darting symphonic strings, horns, and theatrical singing voices, including an operatic soprano.

And then come the jolting drums, blaring riffs, and high streamers of gleaming keyboards, increasing the power and visceral thrust of the music, but continuing to carry that mysterious melody, now made even more threatening and physically arresting. The singing voices also become more aggressive, soaring into gritty cries and simultaneously hammering the song’s core melody even deeper into the brain.

The band also inject bouts of start-stop jackhammering rhythm as well as blast-beat strafing coupled with a soaring vocal harmony. This materially dials up the music’s voltage, which was pretty high already, and the vocals continue to veer, diving into leonine growls and caustic shrieks, and sweeping sky-high in the exultant choruses. 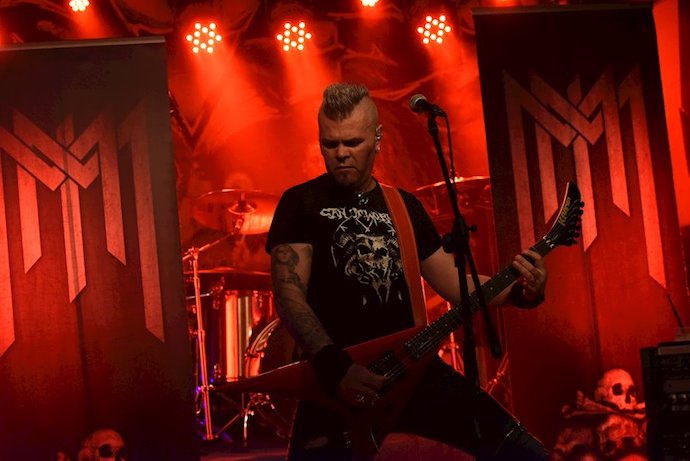 The title track, which follows, is an immediate adrenaline surge, thanks to fast-slugging rhythms, pummeling hyper-speed drum bursts, swirling, swarming guitars, and throat-cutting vocal snarls. But here again, the clean vocals send the song way up, backed by the panoramic sweep of glimmering keyboards and neck-cracking drumwork.

The band do create moments of relative calm in the album, and one of those comes at the end of “Divine Technology’, when the mood of the music softens and changes, becoming more mystical and moody, but soon enough “The Beast” flares the music again into a ravaging amalgam of fast-acting grooves, frenzied yet tightly controlled riffing, scintillating leads, and venomous vocals. It’s a super-heated, adrenaline-charged attack that leaves no room for measured breathing, though the clean vocals again send the music into the stratosphere in electrifying fashion.

After the sheer explosiveness of “The Beast”, the band once more wisely open “Blood of Sirens” in more subdued yet menacing fashion, and then build the pounding momentum gradually until the song volcanically erupts in a fusillade of lightning-fast drum blasting and searing, shimmering keyboard grandeur. After that ravishing juxtaposition, Mean Messiah keep the energy flying high with flurries of pulsing riffage, skull-cracking drum gallops, ferocious screaming, and cruel, full-throated roaring. But they continue to create spaces for the clean vocals to set hooks of their own, wafting over pungent, neck-bending grooves.

In the second part of this track, “The Call“, the band again provide room to breathe, and even to dream. The layering of gossamer-light, beautifully reverberating guitars creates a mesmerizing effect. Even when the heaviness of the bass and the skull-crack of the drums come in, the music remains entrancing — and becomes glorious, thanks to the swelling symphonic power of the sound and the sublime guitar soloing, which spirals up and out as if joining with a brilliant sunrise. 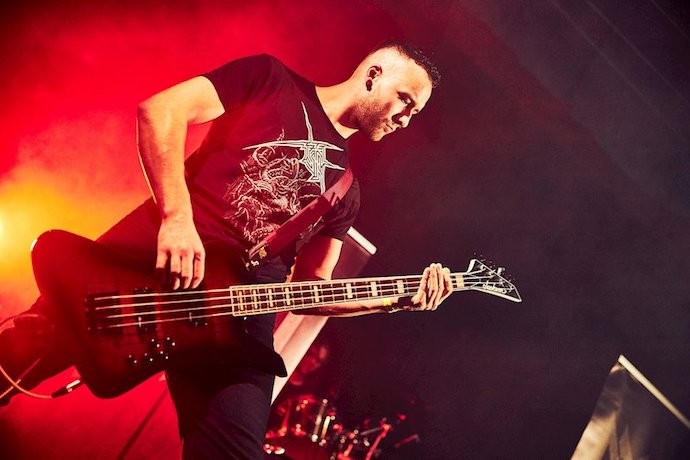 With that gorgeous break behind them, Mean Messiah return to the business of jackhammering the listener’s spine in “Thorn“, again segmenting those machine-sharp depredations with high-flying vocal melodies, grand fanfares of sound, flurries of insectile fretwork, and streamers of sparkling tonal brilliance. The turbocharged energy of the music continues through the pulsing riffs and methodical drum cracks of “We Shout” and its electrifying, Devin-like hybrid of screams and singing (but be forewarned, that song will also hammer your skull into a web of fractures).

After that one-two punch, the band turn things in more eerie and menacing directions through the opening of closer “Za svetlem“. Even as the power of the music magnifies, the melody remains sinister and ominous, and the vocals sound like a sharp-fanged goblin gnashing his teeth, paired with a rabid growling wolf. The song remains a dark and perilous piece of business even when the singing lifts it up. But the song morphs into a more gothic kind of thing around a pulsing beat and a gloomy vocal line, as a prelude to a bombastic crescendo with a Luciferian aura. With a brief piano interlude, the song then rockets to its true finale — a stunning orchestral instrumental (still anchored by knee-capping drumwork) that nevertheless retains the song’s overarching atmosphere of diabolical darkness. 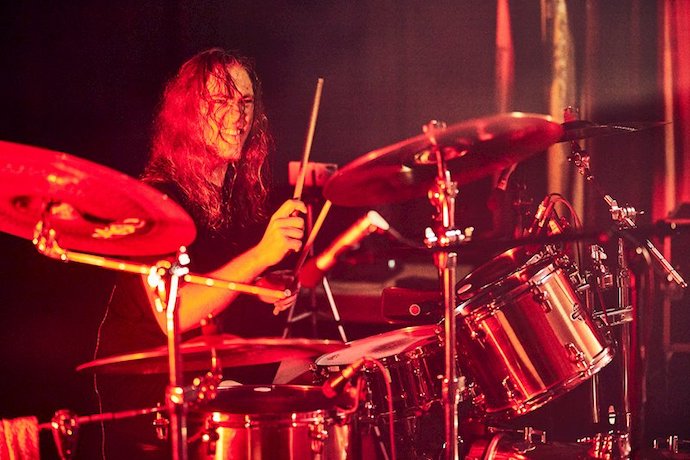 So there you have it — a surplus of words as a preview to a carnival of sounds. And now, if you’re still here and have survived the onslaught of verbiage, take a bunch of deep breaths (you’ll need the extra oxygen) and press play below.