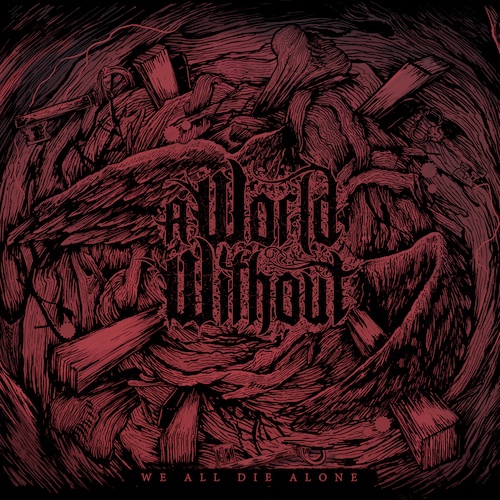 Once upon a time deathcore took the metal world by storm, drawing in vast legions of fans through its amalgam of monster vocals, brutish atonal riffing, and more bunker-busting breakdowns than any militarized armory could possibly hold. Like most waves of popular music in any genre, it quickly became saturated and homogenized, and came close to drowning beneath a tide of cookie-cutter mediocrity. The elements of the music that didn’t seem to require instrumental skill spawned hordes of bands that also had no talent for writing actual songs either.

But it would be wrong to proclaim that deathcore is dead. Instead, it has evolved, as all living things threatened with extinction must. Rather than depending entirely on the old core elements (so to speak), the better bands have expanded their musical palettes, some of them moving more in the direction of pure death metal and others integrating elements of melody and atmosphere, along with increased technicality.

The Portland band A World Without, for example, has retained some of those core features but has intertwined them with other ingredients, and today we have an example of their musical amalgamations through the lyric video premiere of a song called “In Extremis“, which includes a guest appearance by vocalist Steve Tinnon from Within the Ruins. 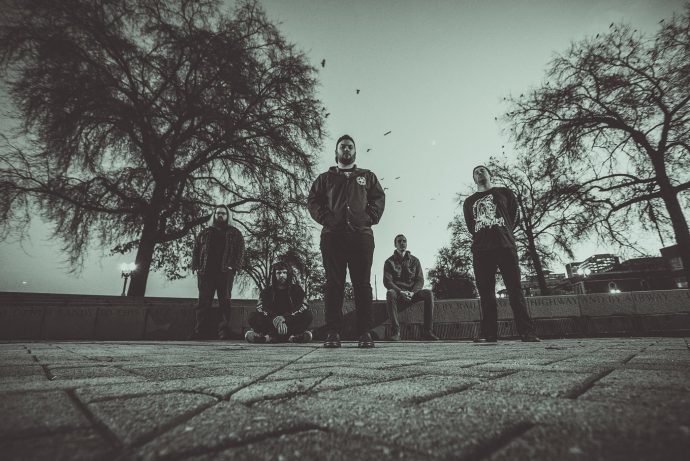 At a high level,”In Extremis” brings into play three key ingredients. It is unmistakably bludgeoning, delivering an array of punishing percussive impacts that include near-atonal riffs and rhythms (and darting electronics) which jolt, jackhammer, and detonate with explosive ferocity. It also features harrowing vocals that veer from horrid guttural roars to skin-splitting screams — and all those sounds are murderous.

But as thrilling as all that skull-busting savagery is, the band do a lot more with the song through the third ingredient — which is the palette of melodic sensations. They range from gloriously swirling and flickering leads to menacing buzzing riffs and grand fanfares, as well as a mysterious and mesmerizing interlude composed of symphonic strings and rippling piano notes. As the song soars to a majestic crescendo after the interlude, there’s a scintillating and exotic solo that adds to the sinister, otherworldly atmosphere of the song, which is as much a part of its appeal as the pulse-pounding, brute-force clobbering.

“In Extremis” is just the latest of several singles that A World Without have released since last year, all of them destined to appear on a full-length album named We All Die Alone. The current viral menace has delayed plans for its release, but we can say that it’s now scheduled to hit the streets on August 28th of this year. For further signs of what the album holds in store, we’ve included streams and videos for two other singles, “On Death & Dying” and “Vitriol”.

The album is available for pre-order now: