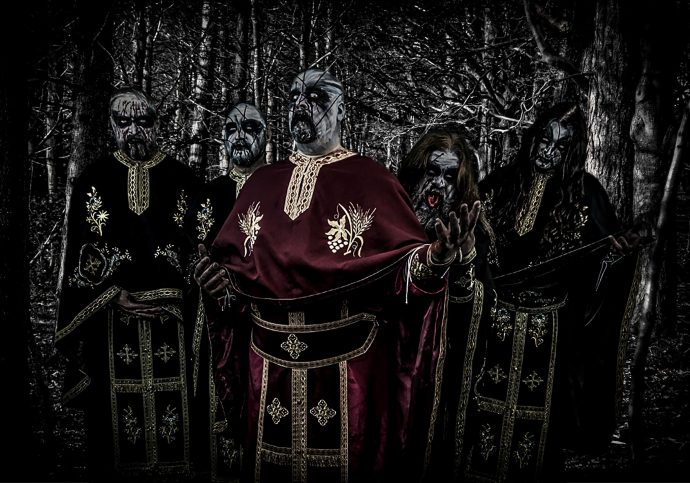 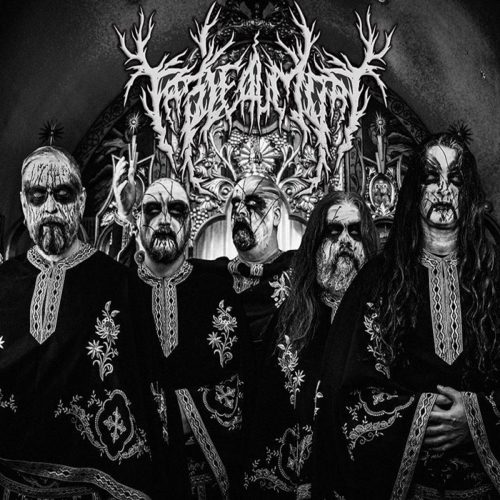 In the new song and video, as the band are arrayed in ceremonial robes and adorned in corpse-paint and blood, and as we witness the “corruption” of Eve with the fruit of knowledge, the music slowly unfolds in mournful and despairing tones over the rhythm section’s methodical body blows. And then the rage of a vindictive god explodes in a flurry of battering drums, scorching shrieks, and frenzied, flailing riffage. There is an “epic” quality to that feverish melody and a wrenching pain in the vocals, as well as enraged indignation.

Choral voices rise up as the frenzy abates and the music becomes dismal and bereft again — a prelude to a final effusion of distraught and despairing sound, delivered in electrifying fashion.

The tale in the video (directed by Bogdan Sandu) includes other Old Testament allusions, but also a pentagram medallion, and the narrative evolves in mysterious ways that are subject to varying interpretations. Is that, for example, a vengeful god at the end, presenting the Eve-like woman with the evidence of her transgression? Antichrist Magazine reports:

“The new track continues the themes on the first album and it is the initial chapter of a trilogy that will be concluding the work started with Veil of Stigma. Book I: Mark of Delusion and it is the first to feature Stefano Bassi on vocals. Once again, Neil Haynes – Parlour Studios (Dimmu Borgir, Amorphis, Napalm Death) has taken care of the mixing and mastering.”

This new single is available now on the Loud Rage Bandcamp and other streaming platforms. 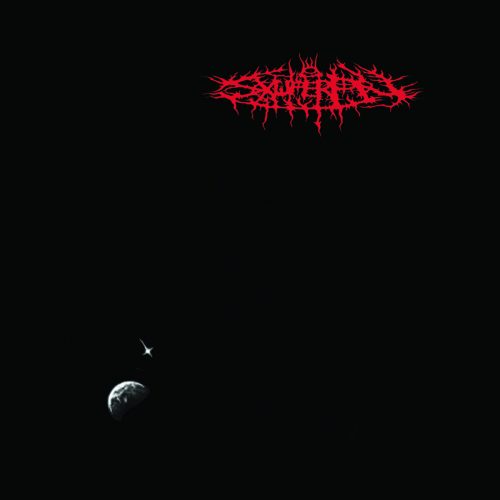 Yesterday the solo project Sxuperion, from Mammoth Lakes, California, released the first song from a new album named Omniscient Pulse, and it is a vortex of dissonant, mind-mutilating madness.

Lasting less than three minutes (perhaps as a gift of mercy to unsuspecting listeners), the song is nevertheless quite a harrowing journey. “Betrothed Catacombs” immerses us in a cyclone of dense, poisonous riffing and a storm of percussive mayhem, fronted by an echoing cavernous voice bellowing with tyrannical vehemence. The violence and chaos in the music are palpable, even when the riffing shivers with insectile jitteriness, but eerie wailing tones spiral and slither through the spasms, creating otherworldly yet alluring sensations that are equally frightening in their own way.

Martial drum rhythms also anchor a feeling of soaring grandeur in the song, a frightening and bereaved majesty to be sure. And near the end, when the rhythms vanish, a collage of unearthly sounds chill the skin in a different sensation, as if we have become surrounded by frantic specters or have become penetrated by emanations from far reaches of the cosmos.

The press materials for the album tell us this:

“Omniscient Pulse is based on how this current reality is just a deep-sleep dream, and when one dies in this life, you awaken on a different world in a further dimension. And on that new world, the battle truly begins. The story continues combining ultimate darkness and divine beauty, along with cruel simplicity and cosmic complexity… a new universe awaits.”

The last song in this trio,”Doctrine of Futility and Human Extinction“, comes from a new album named The Lower Planes of Self-Abstraction, which is the debut full-length by the black metal band Well of Night from Dayton, Ohio. It features cover art by the amazing Adam Burke.

Rapidly darting and swirling guitars, paired with a frantically pulsing bass and battering drums, open the song. Not the traditional stuff of black metal, but it functions quite well as the spark that gets a listener’s motor running. Soon enough, the drums begin blasting and the guitars transform into a thrilling tremolo’d swirl, accompanied by acidic shrieks rendering the lyrics in an intense yet measured fashion.

The song really is a tremendous thrill to hear, thanks to the scintillating guitar performances. Even when the pace becomes less frantic and the timbre of the guitars falls, becoming more wistful and sorrowing in their mood, the music still exerts a powerful magnetic attraction. And that’s not to detract from the performance of the rhythm section, which is dynamic and sharp, and an excellent match for the changing melodic moods.

To repeat a phrase I’ve used in other contexts, this is the kind of song that’s meticulously crafted yet capable of sweeping you up and carrying you away.

The album will be released on July 16th.