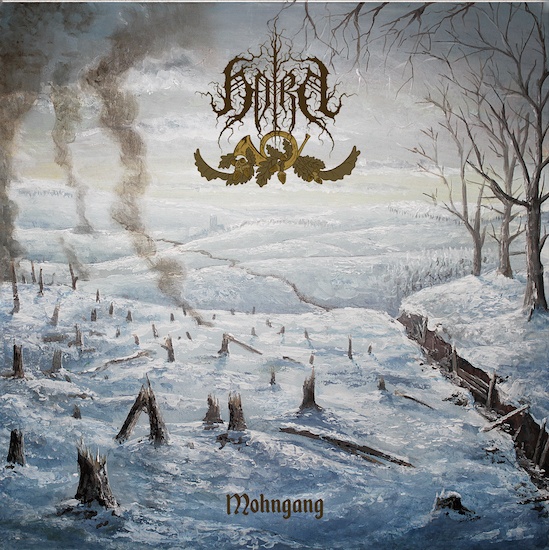 Over the extravagant span of eight albums, the most recent of which we’re streaming in full today, the German band Horn has marched forward on an increasingly distinctive path, diverging from where it began and now blazing a trail of its own through the tangled forests of black metal and entering a clearing in which Horn stands alone. That may sound like an overstatement, but the new album, Mohngang, is a stunning accomplishment that in all its variations and in the richness of its musical textures really is difficult to classify as standing shoulder-to-shoulder with many (or maybe any) other bands.

We’ll provide some further thoughts (and feeble attempts at descriptive verbiage), just to give you some clues as to whether Mohngang is going to strike a chord with you, but there will be no adequate substitute for simply listening to it now, just days before its release by Iron Bonehead Productions on May 15th. 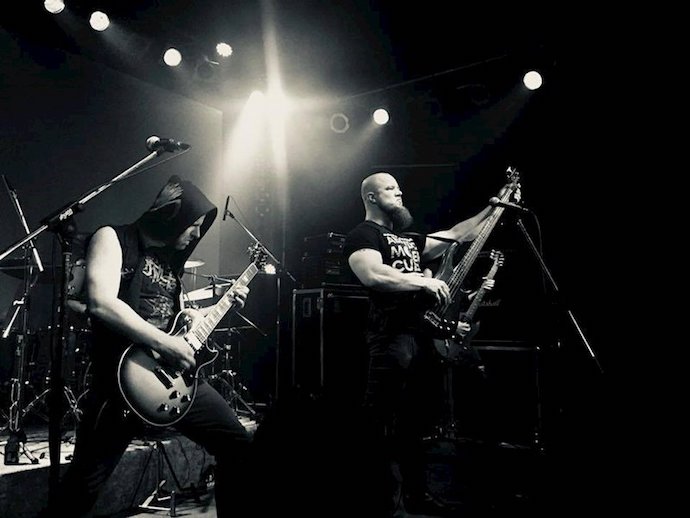 The album is so difficult to sum up because its sensations are so varied. It would be misleading to call the album an example of “atmospheric black metal”, but all those sensations together do create atmospheres that are divorced from modern times. In some songs the folkloric melodies and instrumentation (which is almost always diverse and richly layered) carries us back to periods of history that range from World War I to the medieval age. And in other songs (perhaps most of them), the music is so wondrous and grand that it transports the listener into realms of pagan myth that existed only in the imaginations of our forbearers.

Horn’s success in creating such sensations derives in part from the elaborate instrumentation, which includes not only an imaginative array of guitar tunings (which at times resemble the vivid skirl of bagpipes) but also the incorporation of cello, dulcimer, and trumpet. The vocals also contribute significantly to the atmosphere of the music, with singing that is both solemn and heroically soaring adding to the feelings of barbarism that are channeled by savage snarls and growls.

The sophisticated sonic textures, revealed through a production that brings clarity as well as power, create passages that are grand and glorious, fiery and ferocious, and simply spellbinding. You will encounter heavy-metal riffs and neck-snapping back-beats that bring moments of swaggering vitality, as well as eruptions of blast-beat drumming and racing chords, and stately rhythms accompanied by melodies that spawn images of warriors marching toward glory beneath banners waving beneath a brilliant sky.

The songs regularly reach heights that have a panoramic (and even cinematic) sweep, but also become soft and mesmerizing. The instrumental track “Dulcimerstück” is a fine example of the latter, but not the only one. “Upstream Canals, a ship’s bell sounds” has an entrancing acoustic guitar melody at the outset but then rises to a plateau of grandeur in its melancholy emotional intensity that’s striking (the song might also bring memories of Borknagar to mind).

The album opens and closes with classically influenced instrumental tracks that feature the sounds of the cello. The opener, “Einleitung – Der Wettlauf zum Meer”, delivers a slow, mournful melody whose sorrow spills out over the swelling sounds of a storm at sea. The closer, “Die mit dem Bogen auf dem Kreuz”, is a rendering of a song from Horn’s 2017 album Turm am Hang, performed by a cello quartet and piano, and turns out to be one of the album’s high points.

And in between, be prepared for an absolutely enthralling musical excursion. 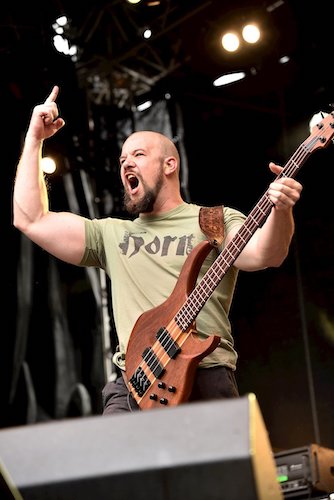 Iron Bonehead will release Mohngang on May 15th, in LP and CD editions, as well as digitally. Digital pre-orders are available now. Visit Iron Bonehead‘s site on the release day to pick up physical editions.

9 Responses to “AN NCS ALBUM PREMIERE (AND A REVIEW): HORN — “MOHNGANG””