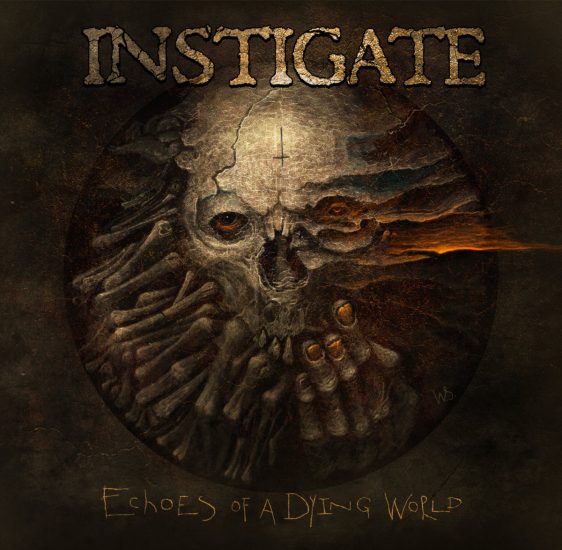 Three-and-a-half weeks ago we premiered a video teaser of music from a new Italian death metal band named Instigate. The band initially attracted our attention because of the people who are in the line-up. As that video explained, the idea for Instigate sprang from the mind of guitarist Stefano Rossi Ciucci, who is a member of the Italian death metal band Bloodtruth, whose music we have featured more than one at NCS, most recently in our December 2019 premiere of a video for a track off their ravaging 2018 album Martyrium, released by Unique Leader Records.

Rounding out the Instigate line-up are Bloodtruth bassist Riccardo Rogari, vocalist Stefano Borciani from Demiurgon, and drummer extraordinaire Kevin Talley, who has performed with the likes of Suffocation, Dying Fetus, Misery Index, and Chimaira.

The line-up is indeed impressive, and it happily turns out that Instigate’s music is just as impressive as you would expect, even though the current plague has forced the band members to record from their separate home studios, with the results being re-amped and mixed by the engineering maestro Stefano Morabito at his famed 16th Cellar Studio in Rome.

And now, to follow that earlier teaser, today we’re presenting a complete track from the band’s forthcoming demo EP, Echoes Of A Dying World, which will be released on May 29th. And, as you can see, we’re also unveiling the tremendous cover art by Vladimir “Smerdulak” Chebakov (Hideous Divinity, Katalepsy, and more). 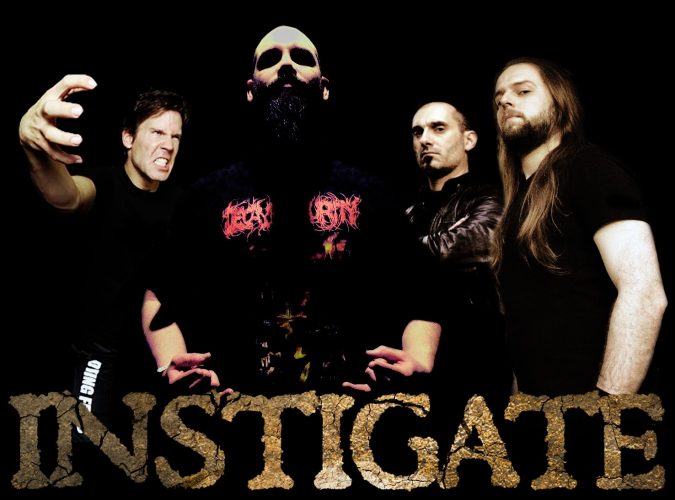 The song we’re presenting is named “Atonement“, and it’s the one that closes this three-track EP. Produced in a way that generates a powerful and electrifying sound, the song savages the senses with turbocharged ferocity.

Not surprisingly, Kevin Talley‘s drumwork is jaw-dropping — a blazing assault of continuously shifting patterns that are collectively skull-cracking and spine-mangling. Paired with Riccardo Rogari‘s rumbling, gut-slugging, heavy-weight bass lines, they get the listener’s pulse-rate pounding in a hurry.

Meanwhile, Stefano weaponizes his guitar, delivering fleet-fingered riffs that are equally fierce and equally dynamic. They savagely slash and blare, maniacally writhe and roil, and mercilessly eviscerate. And to add to the brutality of the experience, Stefano Borciani‘s raw and ravaging vocals sound like the howling and barking of a rabid mastiff loosed from hell.

The song incorporates neck-snapping, highly headbangable rhythms and creates the big shot of adrenaline that comes from a maniacally mauling attack, but there’s still more in the song, including start-stop bursts of in-sync instrumentation paired with a slowly slithering melody that dismally moans.

Stefano describes Instigate as “a death metal band with grindcore and hardcore running in its veins”, and on May 29th, when the demo is released, you’ll get a complete taste of what he and his Instigate bandmates have accomplished so far.

Echoes Of A Dying World is available for pre-order now via Bandcamp. We’ve got all the links below, as well as the full track list. And in case you missed the previous video teaser accompanied by Stefano’s narrative, we’ve included that below too.

One Response to “AN NCS PREMIERE: INSTIGATE — “ATONEMENT””