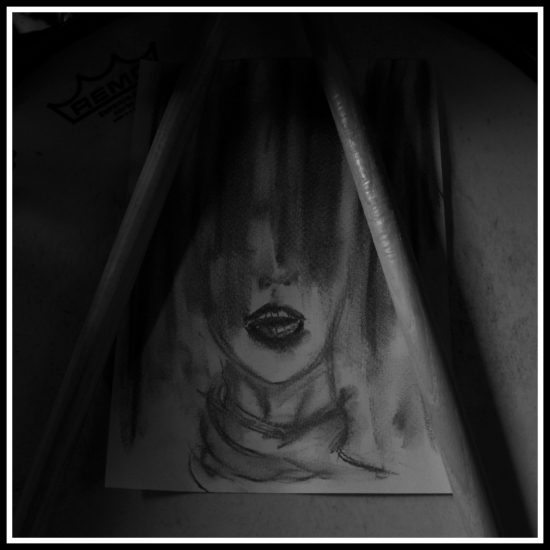 MRTVI is at work on a new album (and you can listen to a track from it via a Transcending Obscurity label sampler HERE), but in the meantime has decided to release two cover songs, and we’re premiering one of those today in advance of its release by MRTVI’s label, Life Is A Dream Records. As you can already see from the title of this post, it’s a surprising choice — Portishead’s song “Machine Gun” from their 2008 album Third. 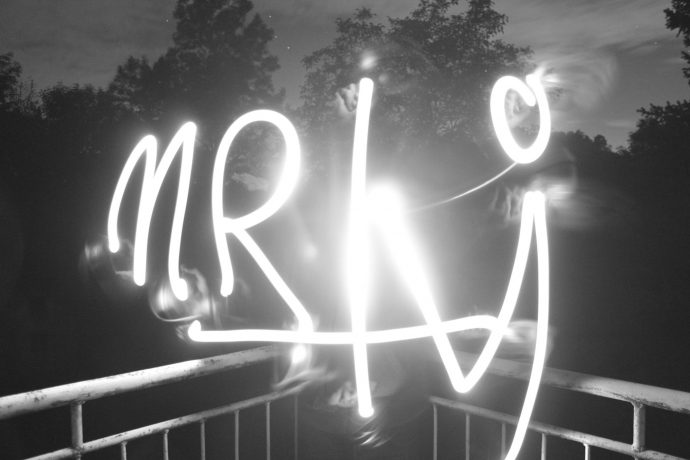 Thanks to the performance of a talented guest artist, MRTVI‘s cover preserves the vocal stylings of Beth Gibbons in Portishead‘s original, and the song is still anchored by the driving machine-gun rhythm that moves the original, albeit with a different and more abrasive tone. Around those pivotal ingredients MRTVI layers an array of different noise components that deepen the tension-filled, surrealistic atmosphere of the song, and make it more harrowing, more ominous, and ultimately more feverishly and frighteningly deranged.

In addition to furnishing our own impressions about MRTVI’s cover, we’re also sharing the following statement by MRTVI:

“This cover had been sitting half-finished on my hard-drive for a couple years when I rediscovered it while sorting old projects and folders. This is one of two covers I decided to finish and release, the other will be premiered by Black Metal Daily in Australia on the 26th May.

“Originally I enjoyed playing it on the drums; it’s a very percussive song and translated well as a short blast-beat exercise, especially for alternating between leading with the left and right side. I then got the idea to cover it but make it much darker; one of the main elements for MRTVI has always been the atmosphere, and Portishead are pros at creating atmosphere. I wanted to add the darkness of metal but also some of the chaos of the hardcore bands I was listening to at the time, while still doing justice to the mechanical beat of the original. Also in the production I wanted to add some effects and flavours representative of the newer MRTVI material.

“The main vocals were performed by Serbian erotic portrait artist SkvrtAna who I met through underground artist markets in Belgrade while representing Life As A Dream Records. Her work also concentrates on creating a specific atmosphere, and we found a lot of common ground in our tastes for music, film and art. For her vocals we aimed at replicating the original as closely as possible, while with the backing vocals we wanted to add another dimension to the lyrics and the overall feel of the song. I think with the backing vocals the themes of the lyrics become wider and more open to interpretation.

“The picture she drew for the cover was a quick small sketch, a nod to Francis Bacon, and a take on the meditative, existential theme of the lyrics. She had this to say:

“’This song was a real challenge, Beth Gibbons is not only a great singer but also has a very recognisable, individual style. It’s also been a while since I’ve been involved with music so this has been a great chance to experiment outside of my comfort zone. My aim was to get as close to the original as I could in order for the instrumentation and production to be able to create its own atmosphere. For the artwork we used a small sketch from a recent series of drawings I have been working on that I felt really fit with the mood of the song.’

“Both of the cover songs will be released for streaming and free downloads via my label – Life As A Dream Records, on the YouTube channel, and Bandcamp page. To find more of my music and SkvrtAna’s art here are some links. I Hope you enjoy it!