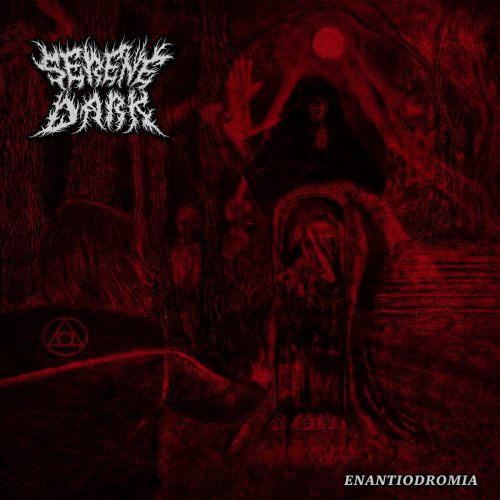 After 12 years operating under the name Endemise, the Ottawa band Serene Dark had undergone so many line-up changes and alterations of musical direction that the time seemed right for a new name. They chose their new moniker, as guitarist Dale Sauve has explained, to reflect the band’s current musical approach — it “can be soothing and melodic at times, and dark and heavy at other times, so Serene Dark was a perfect fit.”

The band have also shed some light on the concept behind their new album Enantiodromia, which will now be released on July 17th (a virus-related postponement from its original street date): 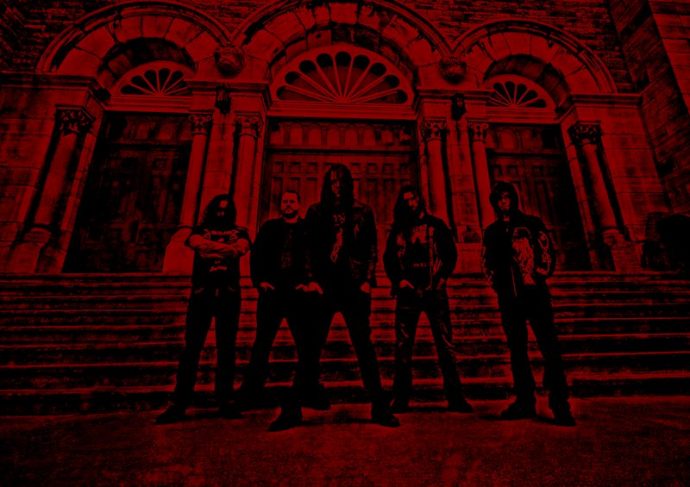 “The album explores the confrontation between the shadow aspect of the personality and the integration of it into the self to create wholeness. Influenced from philosophy, stoicism, hermetecism and the occult. The album, lyrically, is a journey towards individuation by the exploration of human darkness and transforming that pain into something tangible and meaningful. In essence – to lose one’s self entirely to reach perfection.”

Today we’re presenting the debut of a track from the album named “Trance of Disintegration“, which the band introduce with this comment: “The aim of the song is to hit you right out of the gate with a lightning-fast drumroll into a heavy guitar chugging rhythm with choir and string ensemble orchestrations. The idea behind this was greatly inspired by ‘Progenies of the Great Apocalypse‘ by Dimmu Borgir.”

True to that description, the song is an immediate injection of visceral, pulse-pounding energy, but with soaring synths that lend the music an air of ominous grandeur. The scalding vocals — a combination of savage snarls, blackened shrieks, and fervent cries — add to the song’s frightening and otherworldly ferocity. The music pounds and seethes, jolts and sweeps, meting out spine-shaking punishment while simultaneously chilling the blood. The delirious soloing enhances the music’s aura of maniacal menace, and a second solo brings a feeling of misery.

To revert back to the thinking that inspired the band’s new name, there is nothing soothing about this particular track (though to be fair, it’s only one song in a multi-faceted album). It is instead calamitous and shrouded in supernatural darkness, a combining of dread and devastation on a grand scale.

Enantiodromia is recommended for fans of Septicflesh, Wolfheart, Abigail Williams, Behemoth, Watain, and Dissection, all of whom are named by the band among their inspirations — and it’s available for pre-order now. We’re also giving you the chance to check out the video for a previously released song from the album named “Of Serpentine Form“.

One Response to “AN NCS PREMIERE: SERENE DARK — “TRANCE OF DISINTEGRATION””