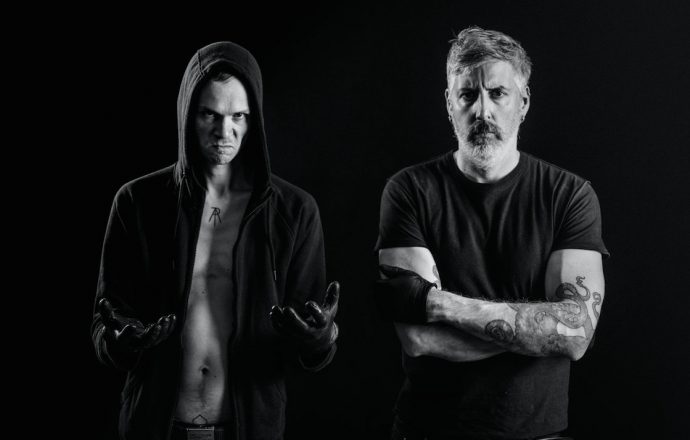 (This is Andy Synn‘s review of the new covers EP by the German band Mantar, (a favorite at our site since the beginning), which is out now on Brutal Panda Records.)

Is it just me, or has it been a hell of a long week?

I’m not just talking about things here at NCS either. My job has been keeping me extra busy every single day, and between that and trying to balance things at home and with the band… it seems like I haven’t had a moment to spare, and right now I honestly feel like I could sleep for a week.

Because of that, because of everything that’s been going on, I’ve decided that I wanted to end the week on something a little bit more “fun”. After all, the only reason any of us write here for NCS (it’s certainly not for fame or fortune) is because we enjoy it. And if we’re not enjoying it, then what’s the point?

Thankfully it didn’t take me long to settle on what to write about, as not only are Mantar one of my favourite bands of the last decade but their new covers EP is one hell of way to pay tribute to the group’s influences and inspirations. 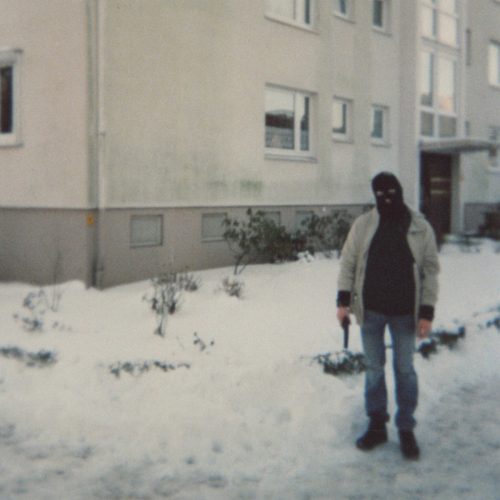 Unconventional and unorthodox as ever, the German duo’s selections pivot sharply away from the predictable crop of metallic covers – no Slayer, no Sabbath, no Metallica, no Mayhem – in favour of a heavy focus on the mid-90s Punk, Grunge, and Riot Grrrl scene(s).

Not only does this make the EP sound remarkably fresh (at least to my ears), but it also acts as a welcome reminder that there was a hell of a lot of aggro and attitude raging away outside of the Metal scene back then, all of which clearly had a major impact on this pair of young (or not so young) punks at the time.

Opener “The Bomb” (originally by L7) is a perfect way to start things off, as the song’s straight-forward, no-frills structure and raucous, riff-driven energy fit the band like a glove, to the point where you could easily mistake it for a Mantar original if you didn’t know any better.

The pair’s cover of “Puss” by The Jesus Lizard exchanges some of the original version’s twitchiness for a bigger, beefier, metallic backbone, whereas their version of Sonic Youth’s “100%” transforms the original’s disaffected drawl into a significantly heavier, shamelessly headbangable, monster.

“Ghost Highway” (Mazzy Star) has been converted into a swaggering, pulse-pounding anthem by the pair’s addition of some extra-heavy drum work and brooding riffage, and you can really tell that Hanno and Erinc were having a lot of fun adding their own signature Punk-Metal flair to the song’s stripped-down, slow-burn minimalism.

The duo’s rendition of L7’s “Can I Run” maintains the darkly hypnotic approach of the original, but drags it in a doomier direction that still totally suits the track’s morbid, but all too real, subject matter, after which their take on Babes in Toyland classic “Bruise Violet” makes it clear exactly how much Mantar’s give-no fucks, take-no-prisoners, sound owes to the terrible trio.

Their delivery of “Who You Drivin’ Now” (by Mudhoney) is both pretty damn faithful to the original while also being a fair bit uglier and more obnoxious, whereas, by contrast, the EP’s final track, a bruising, blood-pumping run-through of “Knot” by Seattle Grunge-Punk quartet Seven Year Bitch (the one band here who I wasn’t already familiar with), is significantly faster and more aggressive than the original, and would basically fit in seamlessly alongside anything from Ode to the Flame or The Modern Art of Setting Ablaze.

Cover songs, let alone cover EPs/albums, are notoriously hard to get right. But, as always, by saying “fuck it”, and going right back to their roots, irrespective of what anyone else thinks, Mantar have once again delivered the goods.