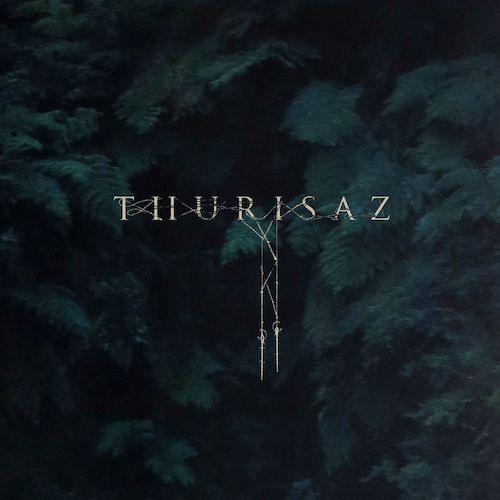 If you scan across the discography of the Belgian band Thurisaz, it becomes apparent that they do not hurry their work. Yet the time between their last album, 2015’s The Pulse of Mourning, and their forthcoming fifth album, Re-Incentive, has been significant. Those five years were difficult ones for the band, a time during which a dear friend was coping with severe depression and in which a member of the band and another close friend were experiencing their own emotional turmoils.

These experiences fed into the group’s decision to make this newest record “a concept-like album covering the darkness one feels when dealing with the feelings of depression and heartbreak”. And then, to get it right, they spent significant time writing and re-writing.

But now, at last, Re-Incentive is complete and ready for release on September 1st. The melodically rich music, which braids together elements of doom, death metal, and black metal (among others), does unmistakably sound like a very personal record, one that embodies and conveys heart-felt emotion, and the song we’re presenting today through a lyric video — “The Veil” — is a prime example of its compelling power.

The opening measures of the song, backed by a head-hooking rhythm, are dreamlike, almost romantic in their feeling, but melancholy. The mood changes as the drums begin to thunder and the riffing boils in a luminescent fever. The deep, cutting growls enhance this surging intensity and add to its increasingly ravaging impact, creating an atmosphere of both anguish and determined resilience. As the lyrics themselves portray, the music channels a determination to survive despite past disappointments and self-sacrifice.

Whispered voices and wistful chords provide the briefest interlude, and then the music spirals to greater heights of despair and becomes sweeping in its sensations. Slow and somber singing transforms into a beautiful chorus in keeping with the swelling though tormented beauty of the music, whose soulful lament further unfolds through soulful guitar leads.

As the song mounts to a crescendo of great emotional strength, the harsh and clean voices join together — a crescendo briefly broken by veering measures of intensity, soft and then jolting. The shimmering, panoramic tones of the music wash across the mind in extravagant fashion, but fall into bleakness in the song’s final, funereal organ outro.

Re-Incentive was recorded and engineered at CCR Studio by Kris Belean, Mettez Nick, and Theuwen Peter, and mastered at Fascination Street Studios by the masterful Jens Bogren. Pre-orders for the album and other merch are available now:

One Response to “AN NCS VIDEO PREMIERE: THURISAZ — “THE VEIL””