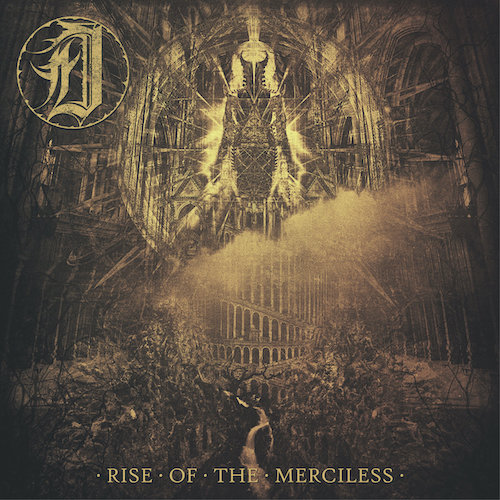 In Greek myth Zeus punished the Corinthian king Sisyphus for his hubris and trickery by forcing him to roll an immense boulder up a hill in the underworld, only for it to roll down every time it neared the top. This consigned Sisyphus to an eternity of useless effort and unending frustration, and his name has been associated with pointless or interminable activities ever since, and with goals maddeningly forever out of reach.

Drawing upon this concept, the New Jersey melodic death metal band Dystopia A.D. have crafted a song called “Sisyphean Existence“, which appears on their forthcoming second album, Rise of the Merciless, and it’s that song we’re presenting today in advance of the record’s July 31 release. 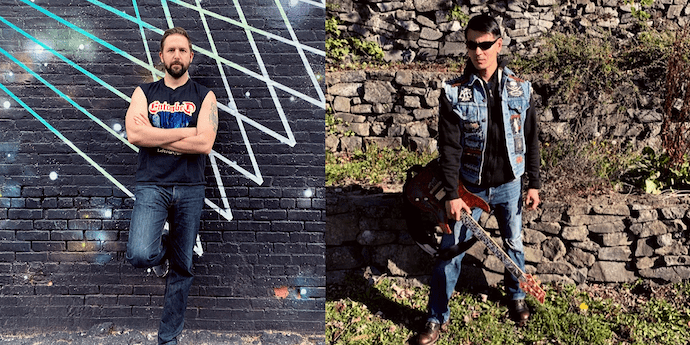 Dystopia A.D. is a two-man operation, combining the talents of vocalist/guitarist/bassist Chris Whitby and lead guitarist Aki Shishido. On this new album they’ve stretched their creative wings, incorporating such unexpected elements as saxophones, acoustic guitars, and choirs, in addition to Whitby‘s amalgam of harsh and clean vocals.

Thematically, Whitby explains that “each song is an adventure for the listener as we explore the themes of the occult, suffering, and insanity”. Shishido adds: “Every track is uniquely atmospheric and dark and met the mood of life at war incredibly well.” (The theme of war is not coincidental – we’re told that Shishido recorded his sections from Bagram Airfield in Afghanistan, where he was deployed as a Major in the U.S. Army.)

The song we’re presenting today is like a spinning gem that reveals new facets as it turns (in addition to turning at variable speeds). The music, which brings into play both progressive and technical influences, creates a moody and mystical atmosphere; it thunders and gallops, batters and bruises; the riffing incorporates rapidly skittering and darting arpeggios; rippling acoustic guitars combine with mesmerizing electric swirls; the soloing is both fluid and exotic, as well as spiraling and fret-melting; the bass work is both punishing and beguiling. And last but certainly not least, the vocals range from red-throated shrieks to guttural roars and demonic snarls — and a head-hooking melodic refrain in the song is delivered by soaring song that’s just gritty enough to channel savagery as well as passion.

All in all, it’s quite a thrilling and emotionally evocative experience whose changing pathways prove to be dynamic, intriguing, and memorable rather than disjointed.

Rise of the Merciless was mastered by Charlie Munro of Munro Audio; the album art was created by Hans Trasid; and the YouTube video of the song is by Aldephia Studios.

Again, the album will be released on July 31st, and below you’ll find useful links and a a stream of the previously released track “Plaguebringers“, in addition to today’s premiere.