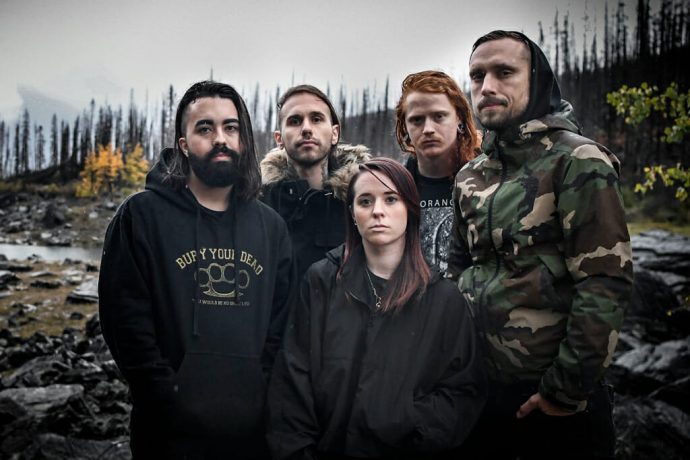 (After a short break, Andy Synn returns with this trio of new reviews.)

As Islander alluded to in his post on Saturday, last week was a particularly busy one for me in my life outside of the site (yes, I have one). As a result I basically ended up taking a week-long break not just from NCS but from music altogether, in order to focus my thoughts and my energy on other matters.

Thankfully, by the time Friday afternoon rolled around I had basically completely cleared my “to do” list, so I was able to spend the rest of the day – as well as much of Saturday and Sunday – getting myself back up to speed on upcoming albums, relistening to some old favourites, and digging into the plethora of recent releases, in order to select a few hidden gems to highlight this week.

And, wouldn’t you know it, I found myself falling back into my old Hardcore habits (I guess they really do die hard) and, after spending a little bit of time separating the wheat from the chaff, I landed upon the following albums/artists as perfect examples of how much there is still to love in this much loved, often maligned, but undeniably Metal-adjacent genre. 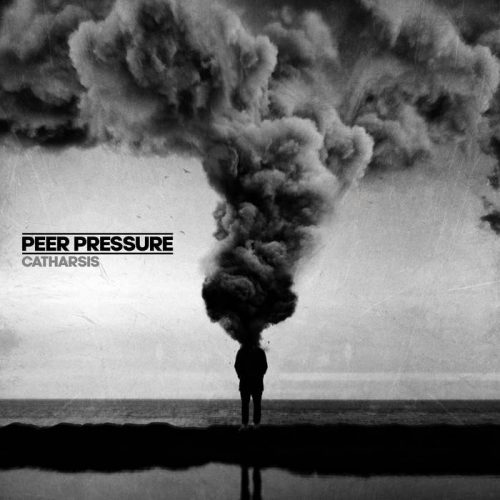 Right from the start, the debut record from Canadian crew Peer Pressure ticks a lot of boxes for me.

For one thing, the band’s love of Thrash shines through loud and proud on songs like “Do A Number On Me” and “The Bitter End”, which seem equally influenced by Slayer and/or Anthrax as they are Walls of Jericho and (early) Hatebreed.

For another, when the Quebec quintet really bring the hammer down (as they do on the choppy, chugathon of  “Atyches” and punishing penultimate track “It Festers”) the band’s sound actively tilts towards the heavyweight simplicity of early Xibalba or Misery Index (in their punkier moments), delivering far more brutal bang for your buck than the majority of the group’s peers.

Of course, just sharing a few key elements with a bunch of killer and/or seminal bands is no guarantee of either quality or success, but thankfully Peer Pressure clearly understand that even in Hardcore – where grit and gumption alone can often carry you a fair way – it’s your songwriting skills which make all the difference between leading the pack or simply being part of the crowd.

What’s particularly impressive is the way in which the band keep things lean and mean, with little in the way of wasted space or wasted motion (80% of the tracks are under four minutes, and 60% are actually under three-and-a-half), but still find time to give each song some sort of hook or twist or other distinguishing feature to allow it to stand out from the crowd.

“Stack the Cards”, for example, is a chug-heavy pulse-pounder topped off with some searingly acerbic vocals and a surprising amount of loose-limbed lead guitar swagger (shades of Every Time I Die perhaps?), while “Cutthroat” is a sub-three-minute headbanger replete with a bevy of brutally catchy riffs and an incredibly effective blend of harsh, clean, and gang vocal hooks.

I’ll grant you there’s the occasional moment where the album isn’t necessarily firing on all cylinders – the instrumental “Interlude” doesn’t really go anywhere (though some people might appreciate the breathing space), and some of the band’s diversions into the breakdown lane are a little generic (although the ultra-aggressive “Suffocation” plays some neat tricks with your expectations) – but, for the most part, this is a real barnburner of a record.

It also helps that Catharsis begins and ends with two of its strongest cuts – namely venom-spitting opener “Vixen” and the unexpectedly proggy (but still crushing) title-track – meaning that not only does it grab your attention straight away, it also leaves a big impression when it’s finally done! 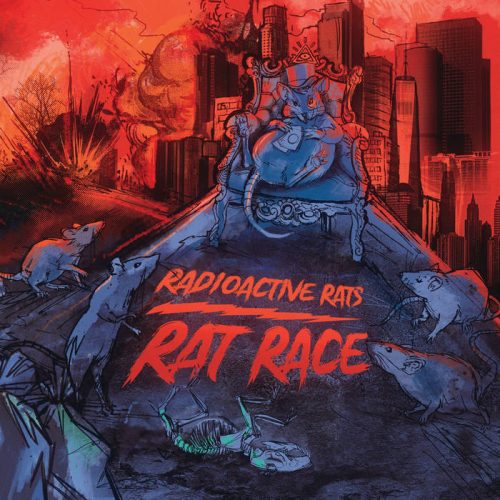 After being initially drawn to this album by its cool artwork (never underestimate the importance of a good cover), I was pleasantly surprised to discover that not only are Radioactive Rats a local band (to me, not to you) but that they’re also pretty damn good!

Demonstrating some distinctly punky proclivities, but still capable of ripping out some seriously hefty riffage all the same (think Hidden Hands-era Darkest Hour, or modern-day Discharge) the five-piece demonstrate a lot of promise and potential on these ten tracks, especially during frantic cuts like “Heads of Nations” and “Your God”, where it honestly seems like the entire band are playing right at the ragged limit of their abilities, keeping the listener right on the edge of their seat at all times.

Of course, simply playing as fast as possible  isn’t always the best option, and RR clearly already know this, as for every panic-stricken, gallop-driven piece of Punk-Metal fury like “1984” there’s a point – from the beefy, Sick of It All style grooves of “Eye for an Eye” to the surprising melodic moments of “Reach the Sky” – where the band prove that they’re more than just a one-trick rodent.

That being said, not all of the band’s deviations from the norm quite hit their mark. “New Order, New War”, for example, just kind of noodles around in that weird hinterland between Hardcore and Nu-Metal, while the closing rendition of The Clash’s classic “The Guns of Brixton” is little more than an amusing oddity (and pales in comparison to the sheer intensity of “Prisoners”).

There’s also the fact that, for all its punky fury and primal energy, Rat Race occasionally sounds a little over-produced, especially the drums, which have either been quantised or programmed to such an extent that they often sound unnervingly artificial when compared to the rest of the instruments (and the vocals).

Speaking of… the vocals of Ewa Zablocka are about as raw and as real as they get, and her roughly melodic, ruggedly cathartic delivery frequently makes her the star of the show (just listen to the title track if you don’t believe me). However there are also a few moments where it seems like she’s either struggling to keep up with the pace of the music, or trying to fit too many words into too small a space, meaning her timing starts to slip a little and her delivery loses some of its sharpness as a result.

None of these are fatal flaws, however, and I wouldn’t even be mentioning them if I didn’t think the band were capable of bigger and better things.  For now though, Rat Race is a damn good debut from a band well-worth keeping at least one beady eye on going forwards. 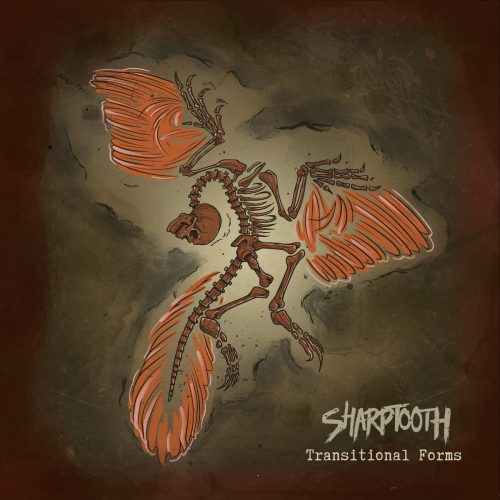 Last, but by no means least (in fact I’d say that this is easily the pick of the bunch) is the sophomore album from Baltimore bruisers Sharptooth.

While originally described as a “Melodic Hardcore” group, Transitional Forms quickly demonstrates that the last few years have seen the band undergoing their own transition, transforming from “melodic” to “metallic” in one evolutionary explosion of chugging, bouncing, grooving and grinding fury.

Opener “Say Nothing (In the Absence of Content)”, for example, is just over three minutes of buzzing, bombastic riff work and howling, heart-rending aggression, whose straight-for-the-throat delivery (and crushing finale) conceals an undercurrent of dark, moody melody, while “Mean Brain” is even punchier, constantly snapping your head back with one jabbing rhythmic combo after another.

By contrast “Life on the Razor’s Edge” spends about half its time as a brooding piece of angst-ridden ambience, before delivering a final ferocious beatdown, after which “Hirudinea” combines eerily infectious dissonance and bone-grinding grooves… and that’s just the first four songs!

This combination of agile songwriting and pissed-off, pumped-up heaviness makes Sharptooth – in my head at least – the American equivalent of British multi-faceted Metallic Hardcore maestros Employed to Serve, as both bands manage to keep things incredibly catchy and incredibly cathartic, while also keeping their listeners on their toes at all times.

Take “The Gray”, which teases you with a short, seductively melodic intro, before exploding into a hell for leather gallop of raging riffs and hammering rhythms, only to switch direction going into its second half by deploying some sombre clean vocals and a touch of almost Post-Metal (or at least Post-Hardcore) atmosphere, before slamming down even harder for its thunderous finale.

All the elements are recognisable, sure, but it’s the way they’re cleverly, unpredictably, and seamlessly arranged which makes this song (and all the others) so compelling.

Of course there’s more to Sharptooth than just aping their transatlantic cousins. For one thing the unfettered aggression and punky venom of a track like “Evolution” hearkens back to the early days of Full of Hell, while the raw nastiness underpinning songs such as “The Southern Strategy” and “M.P.D.B.” recalls the apoplectic assault of Vision of Disorder in all their grit and glory.

When all is said and done, however, the band are still very much their own particular beast, and with the closing statement of “Neverthless (She Persisted)” –  whose keen balance of melodic subtlety and metallic brutality demonstrates just how thrillingly versatile and visceral the band’s sound is – Sharptooth definitively establish Transitional Forms as one of the Hardcore albums of 2020.

2 Responses to “BACK IN THE SADDLE: PEER PRESSURE / RADIOACTIVE RATS / SHARPTOOTH”