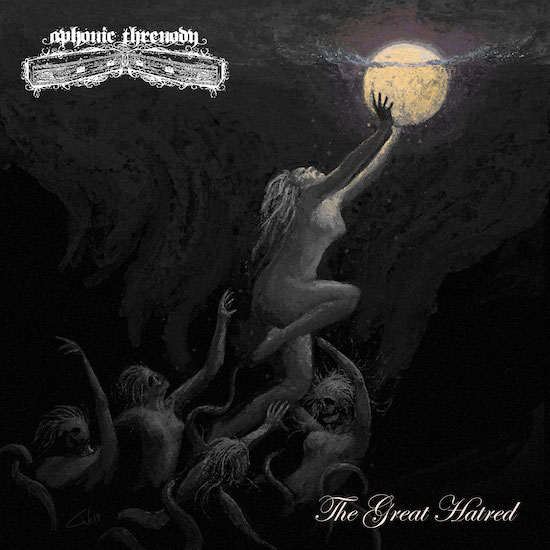 We all have metal bands whom we consider good old friends, not because we’ve ever met or even communicated with their members but because we’ve lived with their music for such a long time, without ever being disappointed by their work, and often associating it with signal events and powerful moods in our own lives. And so when we “meet” them again through a new release, the feelings are akin to a happy reunion. For this writer, Aphonic Threnody are one of those bands — even though happiness is almost always a foreign concept in their music.

I’ve been following and writing about this funeral doom/death band since 2011 when I came across their debut EP First Funeral, and have closely tracked their movements ever since. Their newest work is a full-length named The Great Hatred that becomes the third album in their discography. It’s set for release by Transcending Obscurity Records on October 16, and we’re in the fortunate position of hosting the premiere of the album’s third advance track, “Drowning“. 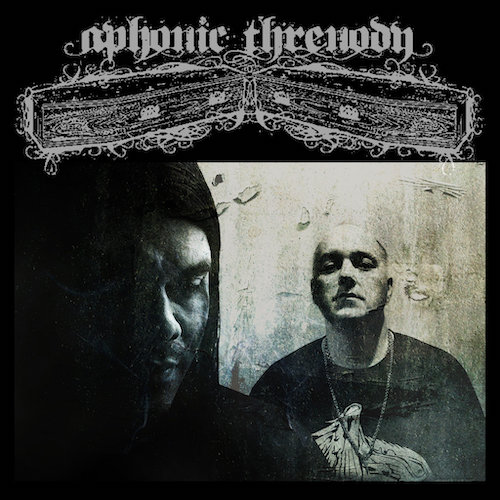 Once again, the core duo of Riccardo Veronese (Towards Atlantis Lights, Dea Marica, Arrant Saudade) (Guitars) and Juan Escobar C. (Arrant Saudade) (Vocals, Bass, Guitar, and Keys) were in place for the writing and recording of the new record. And they’ve once again proven that they can be counted upon to deliver the goods.

Even before I remembered this particular song’s name, the music made me think of sinking deep into dark waters, the slow extinguishing of light and life brought about by that descent, and the fleeting remembrances of a vanishing existence along the way to a watery tomb. (Of course, we can drown in our lives without being submerged in water.)

These sensations derive from the song’s heaving, rough-edged chords, ethereally gleaming synths, growling bass, momentous drum blows, and a slow guitar melody that sounds like a broken soul. Stately in its pacing, the music is both incredibly bleak and magisterially elegant. It plumbs black depths of desolation, aided by truly abyssal growls and shattering wails. Drawn into those depths, the listener sinks like a stone, swallowed within the music’s freezing embrace.

But the song also furnishes glimpses of tragic beauty through subdued singing and silky guitar arpeggios. It creates a feeling of floating, with glimmers of moonlight penetrating the usually crushing weight of loss that the music brings down. And make no mistake, the song is indeed crushing, not merely in the impact of its titanic funereal riffs but also in the penetrating power of the weeping grief translated by the guitars and the despondency of the closing piano melody. 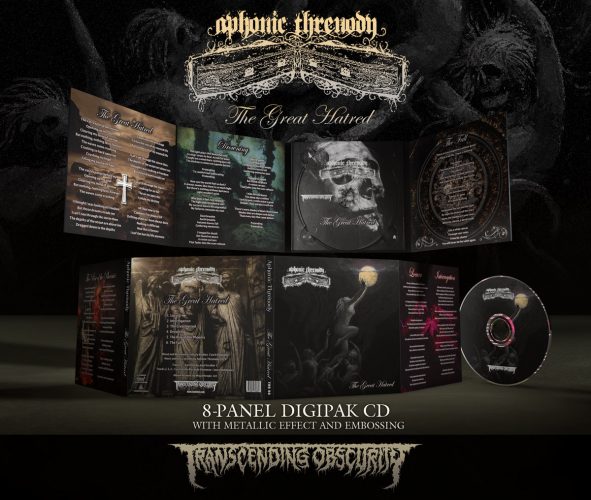 Transcending Obscurity recommends the album for fans of My Dying Bride, Paradise Lost, Noctu, Officium Triste, Poema Arcanvs, early Anathema, Illimitable Dolor, Towards Atlantis Lights, and Et Moriemur. It features striking cover art by Misanthropic-Art (Xpus, Death Courier, etc.). It will be released in a variety of formats, along with apparel, and you can explore the options through the links below.

We also encourage you to listen to the two additional tracks from the album that you’ll find in the Bandcamp player below, in addition to our own premiere of “Drowning“.