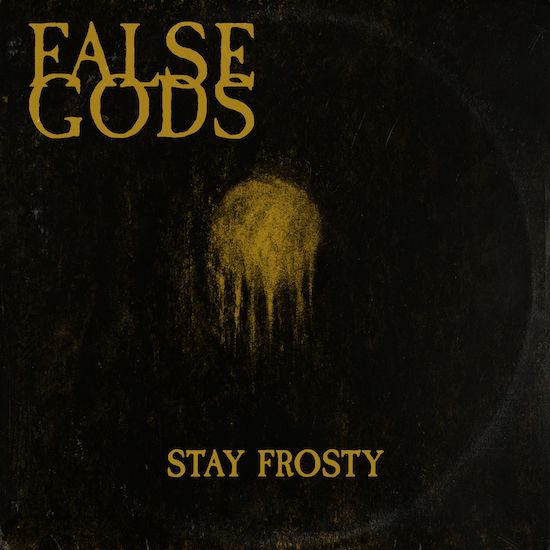 ‘After releasing three EPs since 2015, New York heavy-hitters False Gods are anxious to release their debut full-length, No Symmetry… Only Disillusion, to the world. The result is a brash, bulldozing juggernaut, shifting between between melancholy and rage with the stroke of a riff.”

So says Seeing Red Records, which will release this crusher of an album on October 16th. But none of us need take the label’s word for it, nor Seeing Red‘s references to such compelling influences as Eyehategod, Crowbar, Godflesh, and Killing Joke, because the song we’re premiering today bears out these claims.

The song is “Stay Frosty“, and it does turn out to be as multi-faceted as you might now be expecting. And it really is a crusher that hits hard on multiple levels. 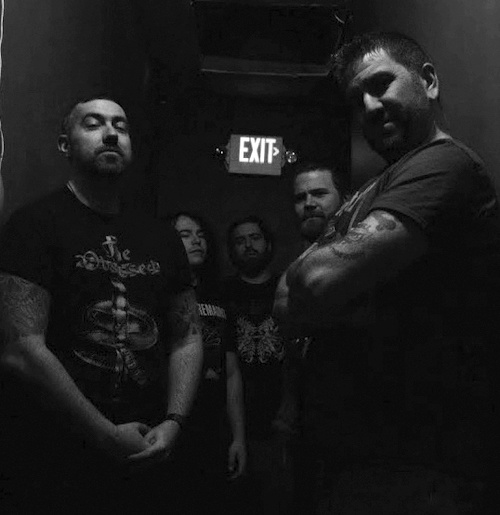 As for the meaning of the song, that turns out to have multiple levels as well. False Gods tell us:

“The song serves as a warning to be conscious and cautious of what you say, especially in today’s climate. A lot of what is being shared, posted, and tweeted is self-serving and full of misinformation and deceit. Even at the end of our days as our bodies start to break down we let our minds tell those same lies and fail to heed the orders of the flesh… rather continuing to believe the deceptions of the mind.”

At the outset the snare pops against our skulls. The riffing is heavier than granite. And the melody moans and yowls with a grim sense of urgency. The song slugs hard, the vocals are searing in their raw, larynx-shredding intensity, and a firebreathing solo accents this devastating opening sequence.

But as brooding and hard-hitting as the song is up to the 2:10 mark, at that point it becomes a battering juggernaut of sound, the rhythm section devoted to beating us senseless and the riffing transforming into a storm of crazed dissonance. Yet the music changes again immediately after that livid uprising. After a moment of silence, eerie guitar reverberations ring out as a prelude to a crushing, hopeless stomp, in which the chords are steeped in a mood of agonized despondency and the trilling lead cries out in searing pain. And perhaps paradoxically, for such a harrowing final sequence, it proves to be as hypnotic as it is unnerving.

It’s a song that bears repeat listening to fully grasp all of its manifold maneuvers and powerful impacts, and how well everything fits together. And it holds up to repeat listening very well too.

As mentioned, Seeing Red Records has set October 16th as the release date for No Symmetry… Only Disillusion, though “Stay Frosty” will become available as a stand-alone single tomorrow (check the pre-save link below for that).