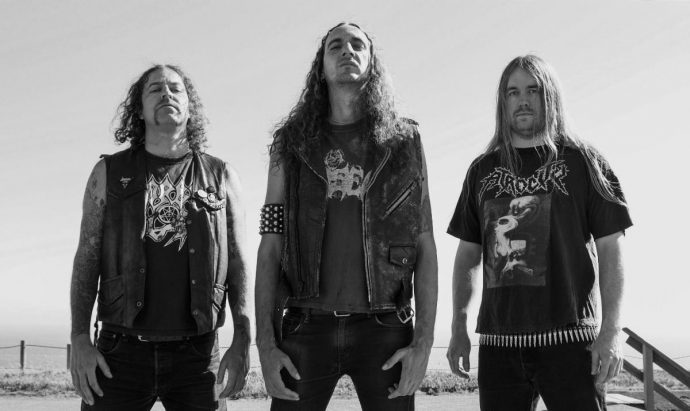 (Andy Synn wrote the three following reviews of recently released albums by bands who have in common… well… a letter of the alphabet.)

Oh my stars and garters, there is a lot of music out there at the moment isn’t there?

I know this feels like a familiar refrain (and it is), but it bears repeating. There’s simply too much music, and too much Metal, being released, week after week, to stay on top of it all.

Still, we try our best to cover what we can, and today I’d like to direct your attention to three recently released albums from Nansis (Switzerland), Necrot (USA), and Núll (Iceland). 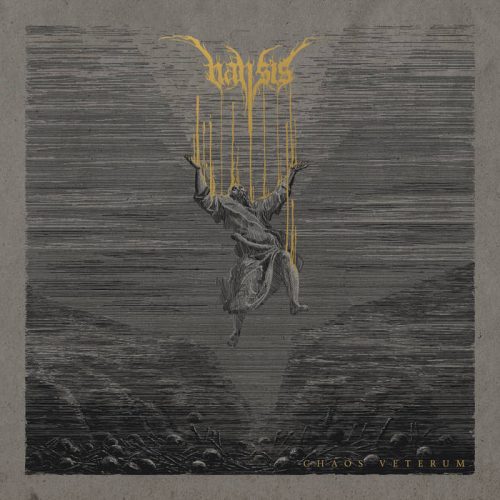 It’s not always easy, these days, for a new band to get themselves noticed.

Oh, sure, the internet has expanded every band’s reach and potential audience, but it’s also flooded the airwaves with more music than any one person can possibly attend to at once, meaning competition for fan’s attention is possibly even more fierce than ever.

But, every so often, a sinister signal manages to cut through the noise, and the sheer savagery of Chaos Veterum, the debut album from Swiss Blackened Death-dealers Nansis, definitely managed to cut through loud and clear.

Kicking off with the near-unrelenting assault of “Nigredo”, Nansis quickly position themselves as worthy successors to the likes of Azarath, Irkallian Oracle, and Vassafor – all bands whose Black/Death brutality successfully captures all the incandescent rage and infernal intensity of War Metal without any of the indignant incomprehensibility or impotent ignorance.

With name-drops like those you might expect Chaos Veterum to be “all blast, no nuance”, and while tracks like “Infect Poix” and “Souffre” definitely don’t skimp on the blasting bombardment, the truth is that Nansis are also more than capable of delivering a side-order of dynamic variation alongside the expected array of sonic devastation.

Whether it’s the teasing hints of melody and dissonance – bleak and brittle though they may be – seeping through the cracks here and there, or the creeping claustrophobia with which songs like “Vase” and “Sublimation” establish their ominous atmosphere (before, inevitably, unleashing hellfire), Nansis demonstrate that they know the value of easing off the gas every now and then too.

They’re also not afraid of employing an occasional “hook” or two – barbed and jagged though they may be – to really dig under their audience’s skin, as demonstrated by the ugly grooves of “Agenouillé” and the cruelly catchy riff-work underpinning caustic closer “Extirpé De La Chaire”.

Chaos Veterum probably won’t be a huge game-changer in the world of Black/Death Metal (unless I’m very much mistaken anyway), but it’s still an impressive first offering from a band with a lot of obvious talent, and even more obvious potential. So give it a listen and remember the name. Because you never know what they might produce in the future. 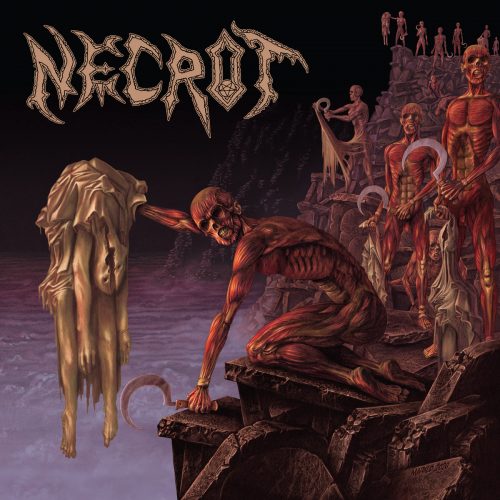 Unless you’ve been living under a rock for the last few months you’ll most likely have encountered at least a taste of the hype surrounding the release of Mortal, the new album from California Death Metal crew Necrot.

And, oh boy, has there been a lot of hype surrounding this one.

On one level you can see why, as songs like bombastic, bone-rattling opener “Your Hell” and its even more intense follow-up “Dying Life” are practically the platonic ideal of what Death Metal should be, equal parts rampaging riffs, gut-rumbling growls, and gruesomely infectious grooves.

But, that being said, as good as this album is (and it really is, all meat and muscle and monstrous rage, with nary an ounce of fat or flab to be found across its seven torturously heavy tracks), part of me does wonder whether it really offers anything different, or anything special, that really make it stand out from the rest of the “New Wave of Old School Death Metal”.

Let’s face it, tracks like the predatory “Asleep Forever” and nihilistic neck-wrecker “Malevolent Intentions” don’t seem to have any of the proggy weirdness of Blood Incantation, the strangled structural twists of Tomb Mold, or the mutant density of Outer Heaven (to name only three of the recent “big” breakthroughs), all they have are riffs… oodles and oodles of big, beefy, bull-necked riffs that take no prisoners and give absolutely zero fucks about being “progressive” or “technical”.

In fact it’s this very lack of frills, coupled with a relentlessly retro approach to Death Metal that draws more from the Grave/Autopsy school of bone-grinding belligerence than the shameless Morbid Angel worship most dominant among the current crop of OSDM disciples, which has helped make Mortal the “purist’s” album of choice, one whose straightforward, stripped-down approach – all delivered without even a hint of hesitation or post-ironic pretension – is considered one of its most important, and defining, assets.

Ultimately it’s always an achievement worth celebrating when a band is able to put together an album that’s truly “all killer, no filler”.

And, from the rumbling momentum and rippling solo work of “Stench of Decay”, through the spiky melodic menace of “Sinister Will”, to the stunning, stomp-along finale of the title-track, this is one record that really is nothing but one killer cut after another.

So while I still have a few reservations about whether this is really the jewel in the retro-Death crown that it’s been made out to be, I can still say, with confidence, that Mortal is one brutal, blood-soaked slab of prime-cut Death Metal that’s sure to satisfy your cravings for old school obliteration… at least, until the next contender rolls into town. 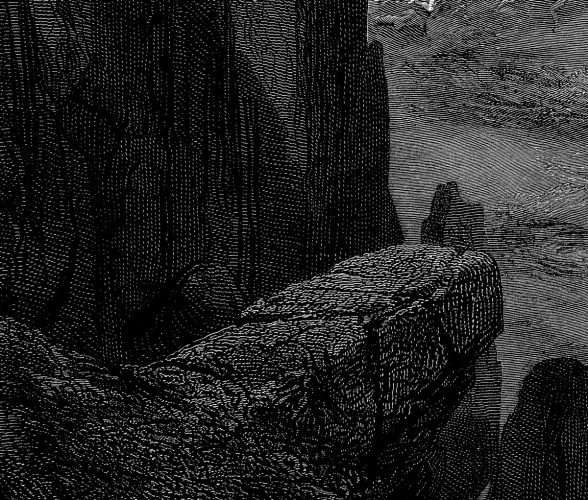 The unstoppable rise of the Icelandic Black Metal scene over the past decade has been a fascinating thing to witness.

Seemingly overnight this isolated island nation suddenly began spewing out killer bands thicker and faster than ash from one of their delightfully volatile volcanoes, to the point where, these days, the term “Icelandic Black Metal” is almost synonymous with the idea of sinister dissonance and visceral quality.

Of course, while the scene has produced at least three absolute classics (Flesh Cathedral, Allir vegir til glötunar, and Vitrun… as well as several others who, it could be argued, are just as good), the fact that the Icelandic Black Metal community is so small and tight-knit (bordering on incestuous) has led to certain accusations/observations of a growing homogeneity between the different bands and their shared sound.

But even if I did agree with that view (I don’t, though I can understand where it comes from), it still wouldn’t be something you could apply to Entity, the new album from Núll (aka 0).

Even on their first record (EP/album?) the quintet (who share members with Carpe Noctem, Misþyrming, and Naðra, amongst others) were pursuing a different, distinctly doomier, path from the rest of the scene, and this new album only serves to underscore just how different their sonic journey has been.

This is immediately evident in the sombre, atmosphere-heavy opening of “None”, whose brooding blend of glacial guitars and shadowy melodies, pensive percussion and solemn, clean-sung vocals stands in vivid contrast to the icy dissonance and existential isolation practised by their peers.

And, even when the band do switch over to a more blackened approach, as they do during “Reduced Beyond the Point of Renewal” and “Grasping the Outer Hull of the Tangible”, the ominous, oppressive overtones and strangled, heart-stopping shrieks err more towards the DSBM side of things… although the “D” and the “S” stand more for “Doom-laden” and “Sorrowful” than “Depressive” and “Suicidal”.

This doesn’t mean that Núll are unwilling/unable to cut loose when the moment demands it – certainly there are moments here and there, such as mid-way through “Grasping…”, where the swift drums and swirling tremolo guitars rise to a veritable fever pitch – but for the most part Entity is all about atmosphere over aggression, from the slow-burning melancholy and scintillating melodies of “(em)Pathetic” to the hypnotic heaviness and oppressive gloom of “Conjoin the Vacuous”.

Closing with the desolate, dirge-like strains of “An Idiosyncratic Mirage”, which might just be the album’s doomiest track (think My Dying Bride at their bleakest, mixed with a touch of sinister symphonic blackness), Entity may not be an instant crowd-pleaser, but it’s still one of the moodiest and most morose albums I’ve heard this year, and one which seems to get better with every listen.

So, if you can, give this one a chance and invest some real time into it. It is, as they say, a grower not a shower.